International Women's Day 2022 at the University of Tokyo by the student group Toward Diversity "Progress we have made, step by step" (March 8, 2022) 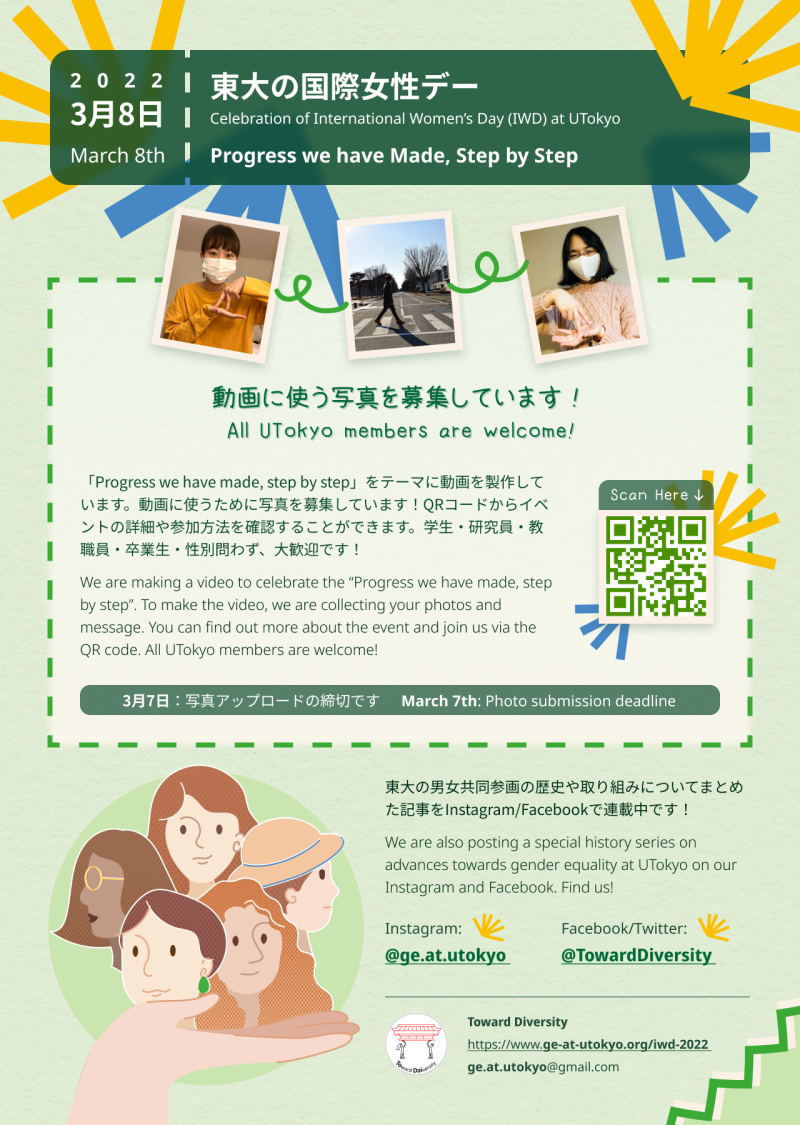 This is an initiative organised by "Toward Diversity", a student group working to raise awareness of gender equality at the University of Tokyo.
Under the theme "Progress we have made, step by step", they have made two videos to celebrate International Women's Day by creating a collage of photos uploaded anonymously by everyone on campus.

Happy International Women’s Day, to the Women of UTokyo!
This first of two short films was made to reflect on the progress made towards gender equality at the University of Tokyo over its 145-year history. From Kono Yasui becoming the first Japanese woman doctoral degree holder in 1927, via the admission of the first female students in 1946, through to the establishment of the Office for Gender Equality in 2006, and to women becoming a majority of UTokyo’s executive board in 2021, we hope that this video will help to revitalise important individuals, organisations, and moments along the university’s path to its current status as an increasingly active supporter of women.
At the same time, we hope to remind the UTokyo community that the future of women at the University of Tokyo has yet to be written, and will be shaped by all of us.

This second of two short films looks through the eyes of current female students and researchers at the University of Tokyo, towards the future of technology and society. We hope this video will help to draw attention to the diverse women conducting cutting-edge research at UTokyo, and to encourage female students to take their own next steps in the direction of their dreams and aspirations.
MENU
UTokyo faculty and staff only