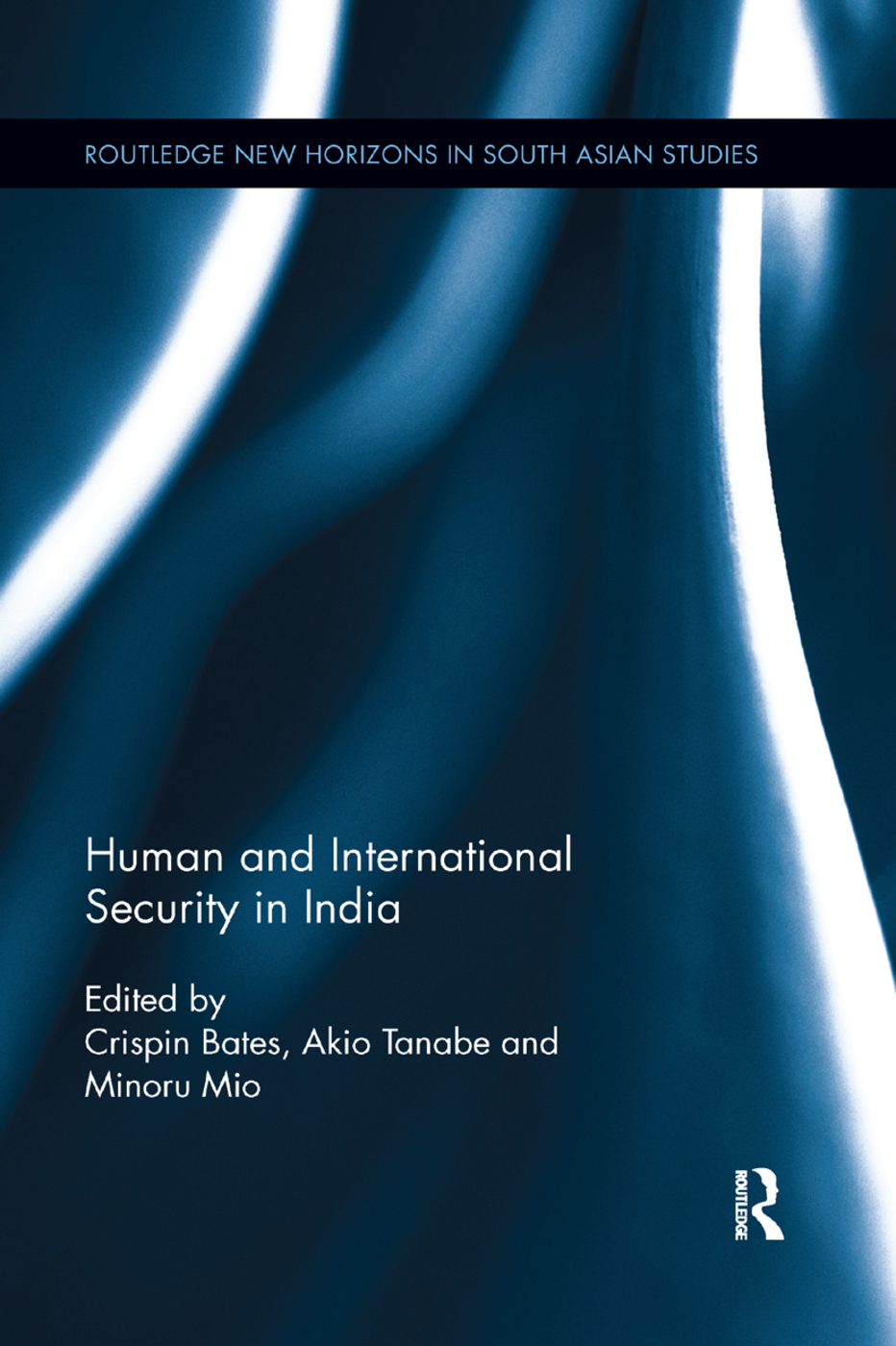 Human and International Security in India

This book is the third volume in the New Horizons in South Asian Studies series published by Routledge, London. This multi-disciplinary series was launched in 2014 to offer a Japanese/East Asian perspective on South Asian Studies—a field previously dominated by Western and Indian scholars—through translations of outstanding works originally published in Japanese or papers based on international collaborative research conducted under the leadership of Japanese scholars and institutions. This series was launched as part of the Contemporary India Area Studies (INDAS) program of the National Institute for the Humanities, which continues today as the project for Integrated Area Studies on South Asia (INDAS-South Asia).

From the 1990s onwards, globalisation has interconnected the everyday lives of diverse peoples throughout the world. The flow of humans, commodities, money, and information has shaken the previously predominant ordering of social space within national boundaries, reshuffling borders, and bringing about unexpected connections. This transformation on the international and domestic scene has brought about a paradigmatic shift in our notion of “security.” It has shifted from a state-centric idea of national security based on military power or ideological and military confrontation to an understanding of security based on human concerns that cut across state boundaries, such as socio-economic development, human rights, gender equality, environmental degradation, terrorism, democracy, and governance. The change coincided with the end of postcolonial nationalist regimes in developing countries, including India, which experienced a regime change from state-led development and centralised rule to economic liberalisation and devolution of power. In other words, there has been a shift from “nationally structured rule and development” to “globally restructuring dynamics,” in which the notion of “security” has also changed from meaning national security to international human security.

This book tries to answer the question, “To what extent has India achieved development since independence in multiple intersecting areas of international and human security?” We examine India’s attempts to achieve disciplined disengagement from international power politics and concentrate on state-led national development in the first four decades after independence. There was slow but consistent growth in economic and human development, despite the underlying disparity in the distribution of wealth. Beginning in the 1990s, new opportunities and risks emerged as the postcolonial structure of elitist dominance and the traditional hierarchy dissolved, and new networks of “glocal” connections began to be formed. The rise of wider connections in socio-politico-economic relationships combined with technological change, as well as the multifaceted and multicentered dynamism of society, means that a social, technological, or security risk that emerges out of friction, contradiction, or control-failure in a particular place becomes a potential threat for a much wider society. There are rising concerns about poverty, unemployment, Maoist uprisings, and terrorism in India, not just as issues of social welfare or national security but also as threats to the everyday social life of all sections of society. Further, as the old elitist dominance or traditional structure can no longer be taken for granted, people are more willing to take risks in challenging and overcoming existing social structures to seek better life prospects. This risk-taking is a source of socio-economic vibrancy, but it also creates the conditions for further socio-political hazards through challenges from below and oppression from above. Various groups who have historically been marginalized based on caste, tribe, religion, gender, and other attributes have asserted themselves. These movements raise questions and bring about fluctuations and reactionary shifts in the social order, presenting new opportunities for the hitherto marginalized while creating a sense of social insecurity and reactionary oppression from above.

The glocalising transformation of India is related logically and factually to changes in the wider world order. India has become increasingly important in the global political economy since the 1990s. This has been accompanied by a shift in India’s diplomatic policy, from its traditional non-alignment stance to a more pragmatic engagement with key countries. India is in the process of becoming a major power, and its global position is gradually gaining more weight. The dynamics of contemporary India is leading to the emergence of a new global order in which socio-economic-political relationships at every level are being reshuffled and restructured. In this situation, the task of securing agency, entitlement, and empowerment so that all humans may pursue self-actualisation in an inclusive, sustainable, and peaceful environment represents an important challenge for contemporary India and the world. The new notion of security in the global risk society lies at this intersection of the expanding fields of international security and human security.

Here, the central questions are: Whose security are we talking about? What does security consist of in particular issue areas and contexts? Through which strategies and instruments can security in these areas be achieved? We contend that in order to deal with the new question of expanding risk and security, besides improving the governance of power and capital, it is vital to further promote capability, agency, and human capital among diverse populations through state-supported and human-centered forms of development. These measures, which promote the inclusion and participation of all citizens in public affairs, are critically important to achieve international and national security in India.


(Written by Akio Tanabe, Professor of Graduate School of Arts and Sciences / 2019)

Introduction: Looking back on human and international security in India since independence
Crispin Bates

1  The paradoxes of Indian politics: a dialogue between political science and history
Subho Basu and Crispin Bates

7  Democracy and violence in India: the example of Bihar
Kazuya Nakamizo

11  Epilogue: Human and international security in an age of new risks and opportunities
Akio Tanabe and Minoru Mio 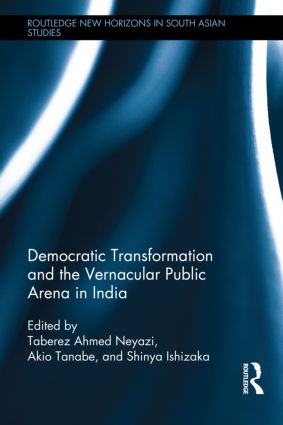 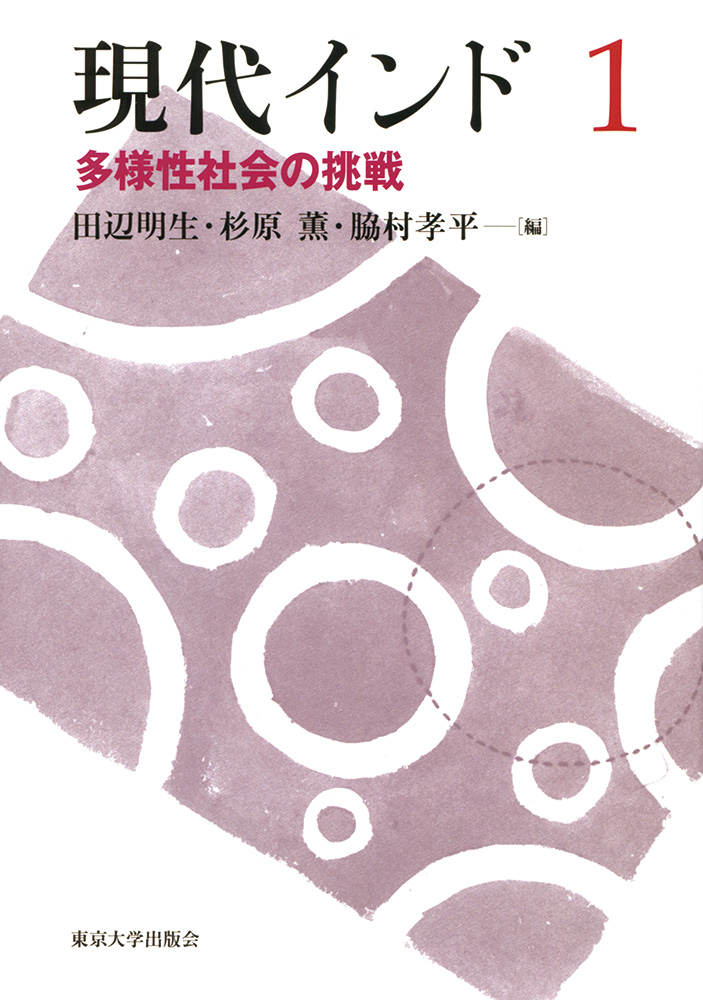 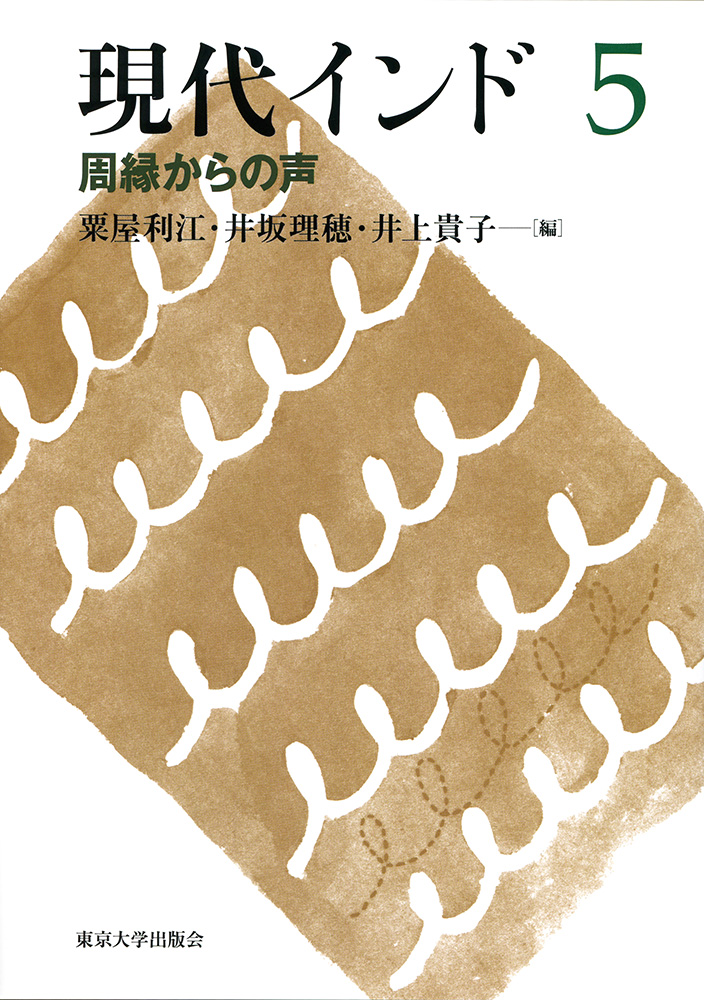