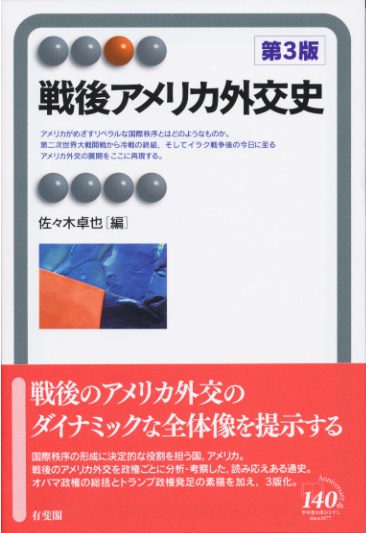 “A History of American Foreign Relations since World War II” is a textbook compiled for students studying American foreign relations at university. The first edition was published in October 2002, approximately one year after the 9/11 terrorist attacks. A new edition (second edition) was subsequently published in April 2009, not long after the inauguration of President Obama, with the third edition published in March 2017 during the transition to the Trump administration. During these 15 years, the conditions surrounding the US have changed considerably. America has been exhausted by wars in Afghanistan and Iraq, and the shadow of the “neocons,” who pulled the country towards interventionism, has diminished. Also, new factors causing uncertainty have surfaced, such as the growth of Chinese power, wavering ties with Europe, and renewed antagonism between Russia and NATO.

I have added a new chapter related to the foreign policy of the Obama administration. This has been no easy task, since assessments of Obama’s foreign policy vary widely from person to person. As is often said, President Obama proposed grand ideals, such as dialogue with Islam and a world without nuclear weapons, and promised a change from the military-heavy foreign policy of President Bush. However, with policies such as the surge of troops to Afghanistan and the expansion of drone attacks, there were many ways in which the Obama administration did not shy away from the use of military force. Conversely, when President Assad used chemical weapons in the Syrian conflict, while Obama briefly announced the intention to conduct bombing in response, at the last moment he gave precedence to a diplomatic solution. Because of this position, Obama was unable to avoid criticism from both the “doves,” who dislike the use of military force, and the hardline “hawks.” In addition, Obama was unable to focus on the pivot to Asia, which was announced at the beginning of his administration, or to sufficiently respond to the situation in the Middle East, which became fluid following the “Arab Spring.” Precisely because expectations were high for the Obama administration, its lack of results was conspicuous.

However, this is not to say that Obama’s foreign policy was inconsistent. This is easily understood in light of the fact that Obama has held an admiration for pragmatism from a young age. In speeches and interviews, he has frequently spoken of the dilemmas posed by the gap between the “world as it is (reality)” and the “world as it should be (ideal world).” While speaking eloquently of the value of human rights and peace, Obama also maintained a realistic perspective that asserted that the role of government was to determine the best course of action from the options available. This changed in the last two years of the administration. After “losing” in his final midterm election, Obama found himself strongly opposed by a Republican Congress and unable to run the administration as he wished. It was only at this point that Obama took a defiant stance and exercised his presidential authority in advancing a self-styled foreign policy. This included a nuclear agreement with Iran and the restoration of diplomatic relations with Cuba, to which we may certainly add the first visit of a sitting American president to Hiroshima.

The manuscript for this edition was finished in December 2016, directly following the election of Donald Trump. Although assessments of Obama’s foreign policy are divided, given the increased possibility that his “legacy” would be overturned, I remember thinking that I wanted to at least provide a record of the eight years of the Obama administration in a textbook to prevent it from being “erased.”

Two years have passed since then. Current US foreign policy is in disarray. Yet, during such times, it is even more important to call historical perspectives into question. Therefore, I would also like for this book to contribute to a sharpening of the reader’s historical thinking.


(Written by Fumiko Nishizaki, Professor of Graduate School of Arts and Sciences / 2018) 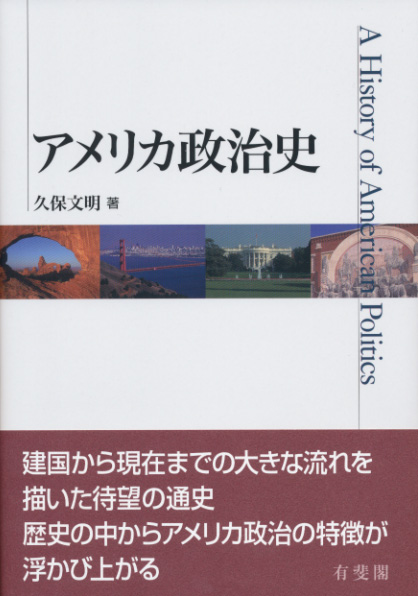 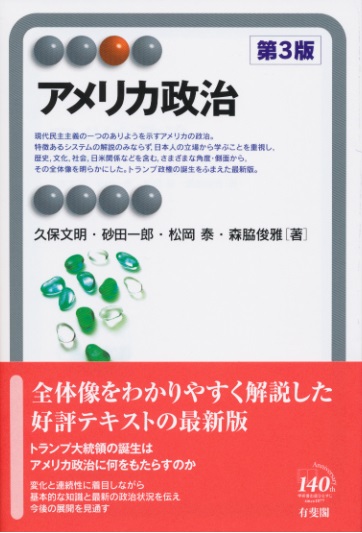 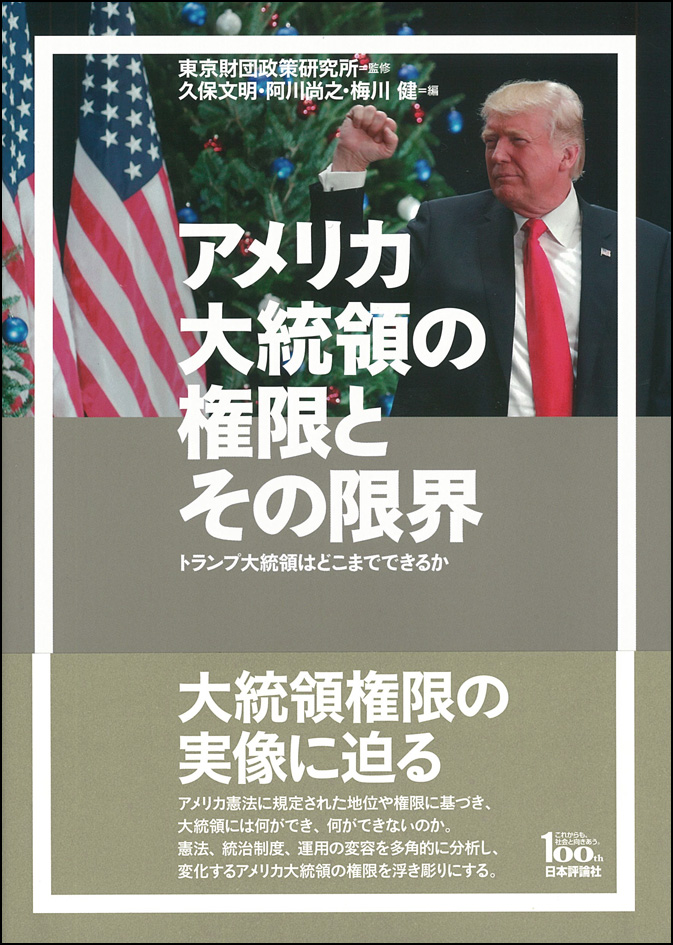 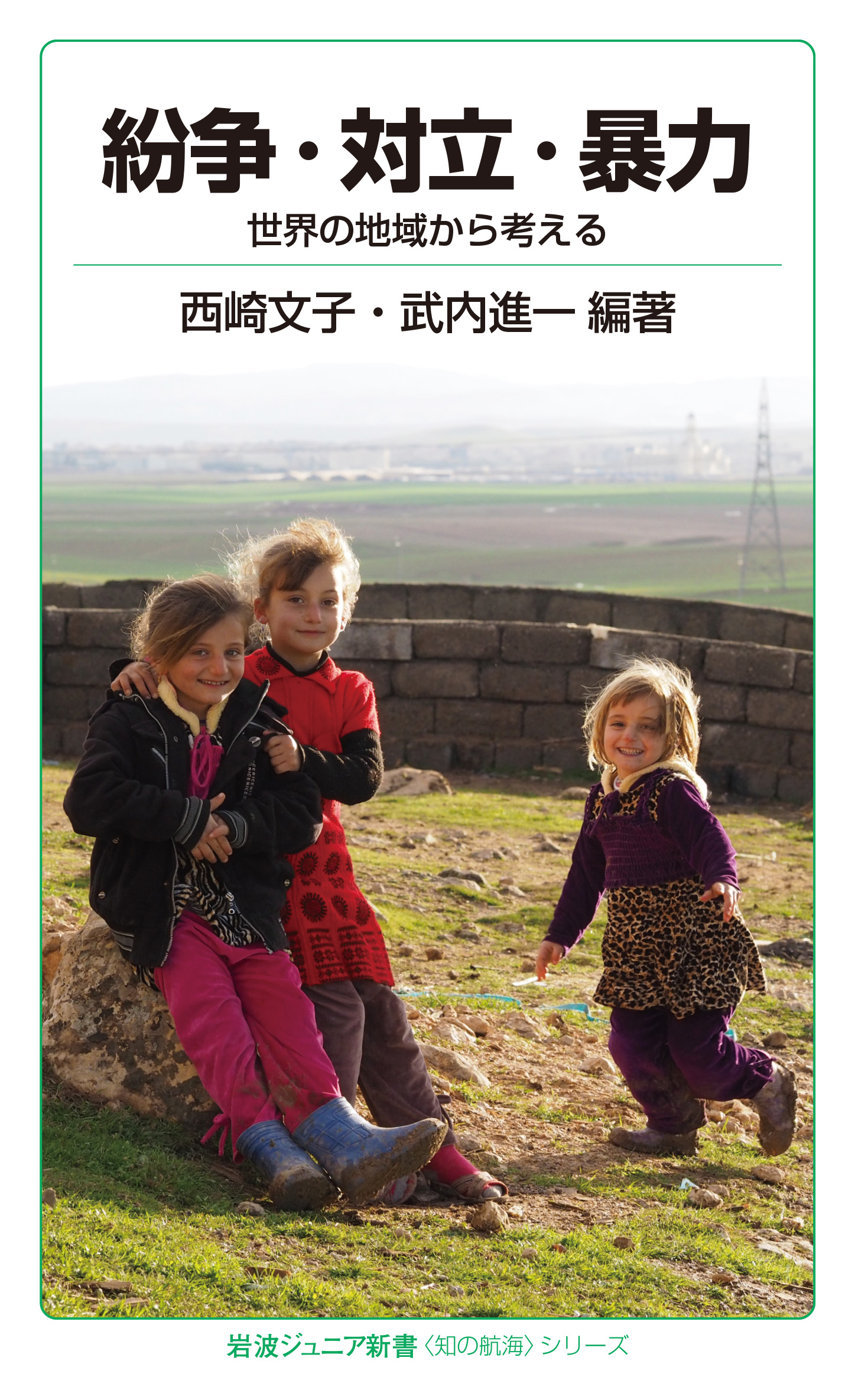