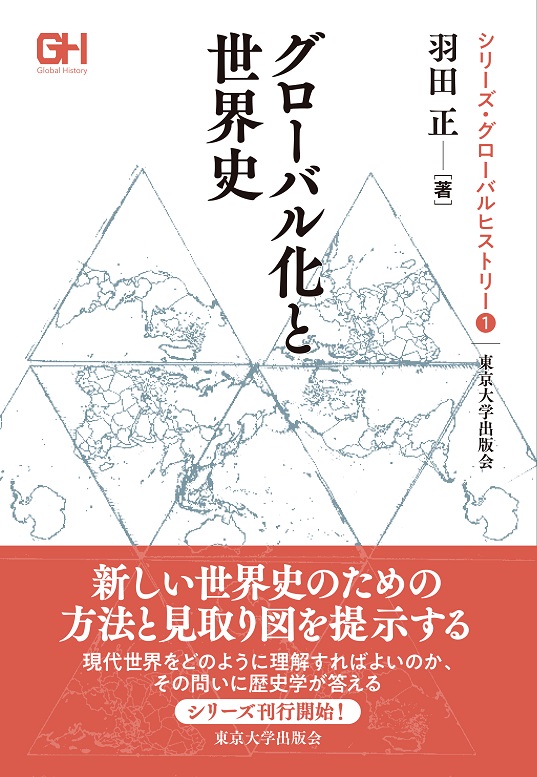 It is often noted that the modern world is characterized by dense links, with many fields such as the economy, politics, information, culture, and the environment moving in interconnected synchronicity. The world takes shape as a whole, born out of each individual region interacting with and mutually influencing the others, and not by the sum of their independent activities.

That being the case, what was the world like before? Were the regions of the world once disconnected from one another? If so, when did things become as they are now? This is a vital and fundamental question if we seek to fully comprehend our present age and anticipate where we might be heading. In finding the answer, we are required to take the past as a whole and make some sense of it. However, it has long been customary in historical research to explain history not in the big picture, but by organizing everything along a vertical axis. Historians tend to divide up the world by region and then nation, and view events chronologically. The world’s past—world history—was understood to be what you got when you bundled up the pasts of all the different parts of the world. However, such a method does not show us the world’s past as a whole.

We as historians need to work on research that grapples with and elucidates the entire world of any given period on a spatial—horizontal—axis. We would surely then come to perceive in what way various parts of the world were connected to each other in said era, and to what degree. Furthermore, we would doubtlessly gain a clear picture of how various areas of the world compare to one other in terms of social fabric, political mechanisms, and cultural features.

I and scholars in other countries are presently in the process of developing an international research network called the Global History Collaborative. “Global history” is the name we have bestowed on our horizontal research approach to the world’s past, which we hope enables us to interpret and understand it in a fresh light.

This book, in two parts, details thoughts, discoveries, and assertions of mine that grew out of the process of implementing various projects through this research network. The first part discusses the significance of humanities and social science research carried out in Japanese in today’s rapidly changing world, and new roles to be played by Japan and the world in the future. In the second part, I define “global history” and explain its methods and possibilities. I also make an attempt to apply it, giving a picture of the world in four specific eras with a focus on government regimes and social structures.

I wrote this book fully aware of my identity both as a Japanese person and as a resident of Earth. Although it is in Japanese, I wrote it in the anticipation that it will also be read by people around the world who are not Japanese. I hope that it is translated into other languages and read by people everywhere who hold a shared identity of “citizens of Earth,” and I look forward to hearing their reaction to it.


(Written by Masashi Haneda, Professor of Institute for Advanced Studies on Asia / 2018)