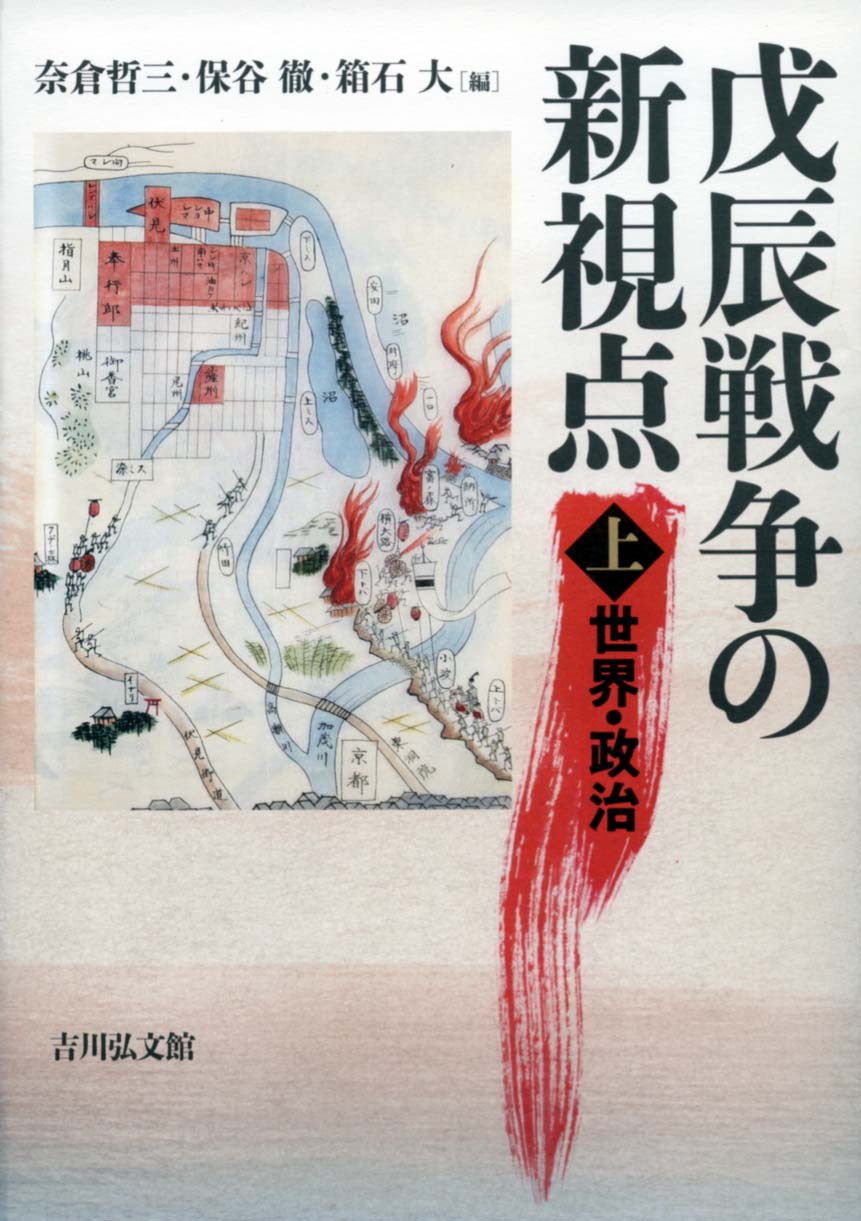 Boshin Senso no Shin-Shiten (New Perspectives on the Boshin Civil War – Vol. 1: The World and Politics; Vol. 2: Military Matters and the People)

The Boshin Civil War was a war that was fought in Japan over a period of about one and a half years from the Battle of Toba-Fushimi on the 3rd of the first month of Keiō 4 (= Meiji 1 = 1868) to the conclusion of the Battle of Hakodate on the 18th of the fifth month of Meiji 2 (1869), when fugitive soldiers of the former shogunate under Enomoto Takeaki surrendered. This war became a major turning point in the process whereby Japan’s modern age was created and has had an enormous influence on the subsequent formation of a modern state and society.

The Boshin Civil War is a historical event that has continued to attract the attention of many people down to the present day, notwithstanding differences in views of history depending on the period and region, and in the field of Japanese history it has become an important research topic, to the extent that there has been considerable controversy surrounding its historical assessment.

The year 2018, when this publication appeared, marked the 150th anniversary of the outbreak of the Boshin Civil War. The editors drew up plans for its publication in anticipation of the fact that, as had been the case in 1968, designated the centennial of the Meiji Restoration by the government, not only would there be an upsurge of interest among researchers in 2018, designated the 150th anniversary of the Meiji Restoration, but museums around the country would hold special exhibitions and many books aimed at the general public would also be published. In content, this publication is not just a grand summation of past research findings, and an effort has been made to convey not only to researchers but also to general readers in an easy-to-understand manner the latest research trends, including fresh perspectives for advancing future research and descriptions of newly discovered historical sources that will provide research material for hitherto unexplored fields.

In past research on the Boshin Civil War the interests of researchers had concentrated on research undertaken from the viewpoints of political history and theories of state power, but recently there have been developments in the field of military history, too, moving from military history in a narrow sense, clarifying the course of individual battles and changes in the overall course of the war, to new research on military history focusing on matters pertaining to social history in the army and on battlefields. In addition, rather than interpreting the Boshin Civil War solely within the framework of Japanese history, attempts are being made to make active use of overseas sources unknown in Japan and position it within world history as a civil war that was prosecuted under the watchful eyes of Western powers. These findings and research trends have also been covered in this publication as much as possible.

This publication is divided into two volumes, with vol. 1 titled “The World and Politics” and vol. 2 “Military Matters and the People,” and each volume contains contributions by nine researchers. The first volume covers connections with world history, such as how the Boshin Civil War unfolded in terms of international law and how it was viewed by other countries, and also discusses its relationship with politics, including the policies of the Restoration government, moves by the military alliance of pro-shogunate domains in northeastern Japan and the inner palace, and questions concerning historical accounts of the war. The second volume sheds light on topics that have been seldom dealt with in the past, including military aspects such as the military capacity of the army and navy and the procurement of war funds, the burden and suffering of the general populace and their individual responses, and the situation in localities that turned into battlefields.

The study of the Boshin Civil War has moved on from the stage of past research on political history and state history in a narrow sense, interpreting it in terms of the history of state power struggles or the history of the formation of the modern state, and has reached a stage in which it is being studied from diverse perspectives and various angles, including world history, history of the common people, and military history in a broad sense incorporating the viewpoint of social history. As one of the editors, I hope that the various perspectives and issues presented in this publication will contribute to future advances in the study of the Boshin Civil War.