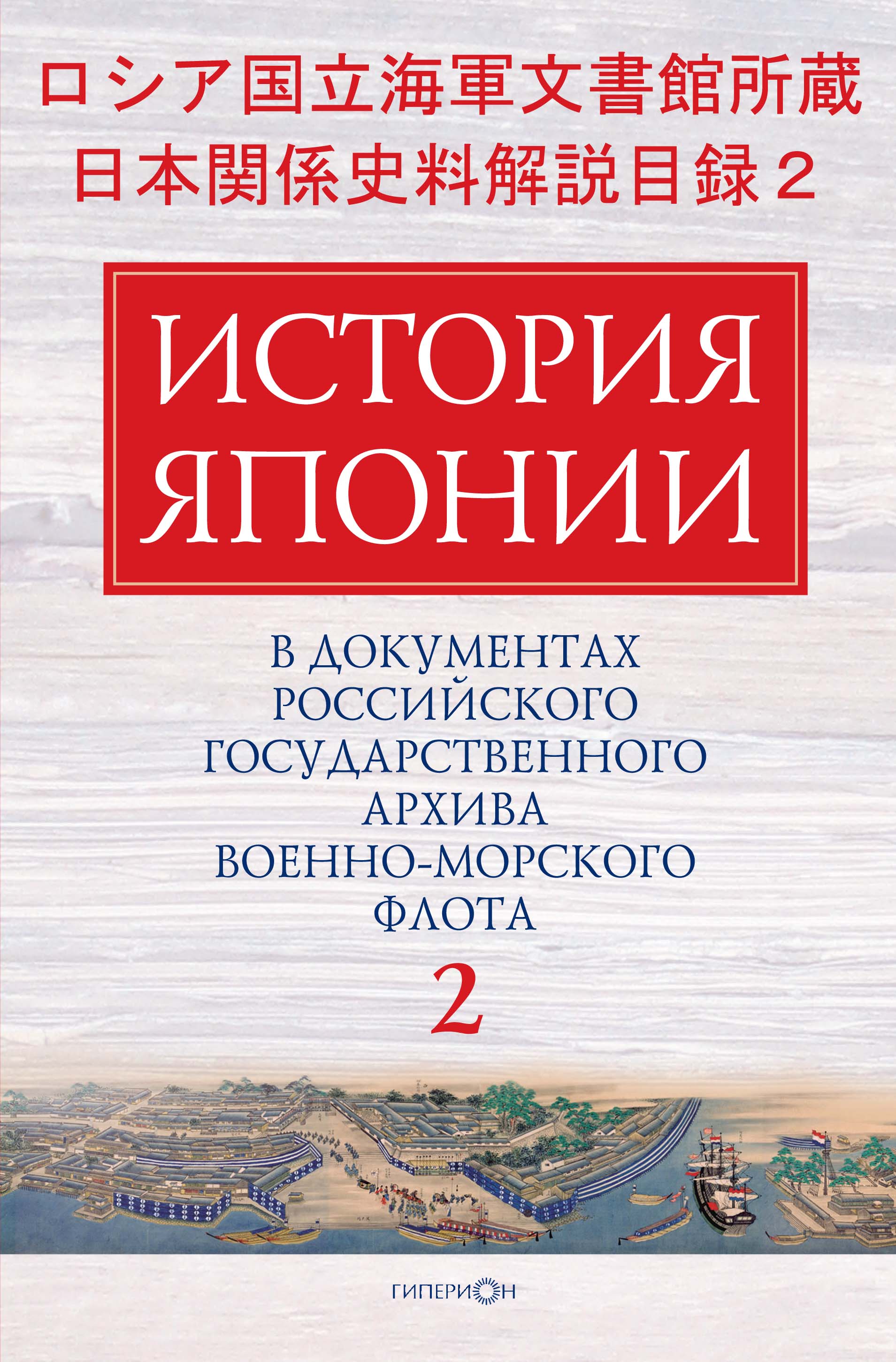 This book is an annotated catalogue of historical documents jointly published by the University of Tokyo’s Historiographical Institute and the Russian State Navy Archives (Rossiiskii gosudarstvennyi arkhiv Voenno-Morskogo Flota, RGAVMF). This is the second volume in a series of catalogues of historical documents on Japan-Russia relations held in RGAVMF (following the first volume published in 2011). Founded in 1724 in Saint Petersburg, which was the capital of Imperial Russia, RGAVMF is one of the oldest archives of Russia and houses great quantities of historical records on or associated with the Russian Navy covering the period through the 20th century. Among them are vast fonds of historical documents relating to Japan. This book covers those from the mid-19th through early 20th century and presents our research results in a catalogue form.

While academic research by the Historiographical Institute dates back to the Meiji Period, research of overseas records and materials associated with the Japanese history—i.e., historical documents held outside Japan—began in the late 19th and has been undertaken in parallel with its main task of compiling and publishing of collections of historical documents. Following the end of World War II, it was designated as a project under the auspices of the International Union of Academies (UAI). That is, the searching and collection of historical documents held overseas as well as the publishing of findings have been promoted as part of a project commissioned by the Japan Academy. This is the third “Annotated Catalogue of (Russian-held) Historical Documents Relating to Japan” series book the Historiographical Institute has published with the backing of the Japan Academy (all of them published from Hyperion Publishing House based in Saint Petersburg).

For many years during the Cold War period, it was difficult for Japanese researchers to access archives in the communist bloc led by the Soviet Union. However, following the establishment of the Russian Federation, archives in Russia were opened to researchers both within and outside of the country. This change of policy is recognized as having led to the significant deepening of research on the history of Russia and the Soviet Union. Research on the history of Japan-Russia relations is no exception and we are now in a stage where a series of empirical research works based on primary historical documents held in various archives are being brought forward. The Historiographical Institute’s research undertakings can be defined as part of this trend. A research team was formed at the beginning of the 21st century to directly engage in the searching and research of historical documents held in Russia. The team found numerous previously unknown historical documents on Japan-Russia relations, and the speedy introduction of those newly found documents to the Japanese academic community was recognized as a challenge that would have to be addressed first. The Historiographical Institute decided to publish this book, defining it as an achievement of a research project funded by Japan Society for the Promotion of Science (JSPS) as well.

The purpose of publishing annotated catalogues of historical documents such as this book is to briefly introduce voluminous historical documents that have been retained within the state archival system of Russia as important materials. Cataloguing work was undertaken by RGAVMF staff. Catalogue entries are arranged chronologically by year, from 1843 through 1917, with the original Russian version of catalogue followed by the Japanese translation. As an example, let me introduce one of the entries listed for 1853: “Putyatin’s Report to Grand Duke Konstantin Nikolayevich. The report is about the frigate Pallada’s voyage from Hong Kong to Nagasaki, … Japanese officials coming onboard the frigate following the protocol, the frigate’s solemn entry into the harbor” (pp180-181).

A total of 1,344 historical documents are catalogued in the first volume of Annotated Catalogue of Historical Documents Relating to Japan Held by the Russian State Navy Archives, and 1,296 documents in this book, the second volume. Japan-related historical documents are not limited to those, but we hope the catalogues will be utilized as a stepping-stone for future research. The University of Tokyo Library System houses this catalogue series. Please take a look at and make use of them in considering the history of Japan-Russia relations. 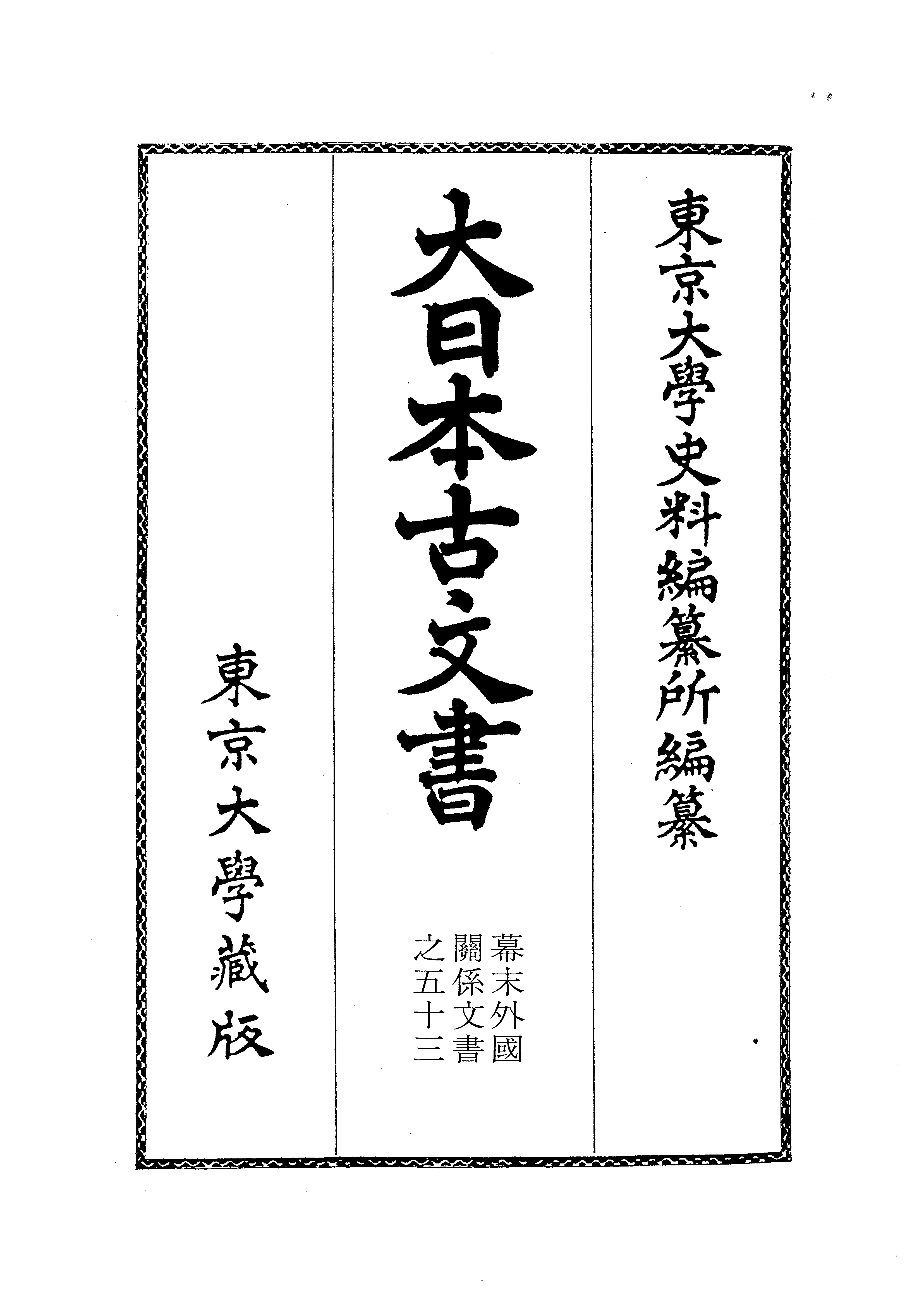