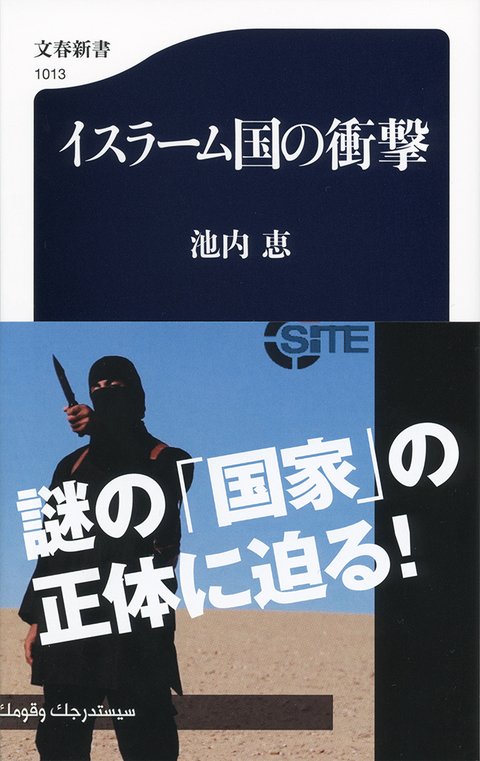 Thanks to a tragic convergence of circumstances, this book caused quite a stir when it first came out and was widely read. It was published on January 20, 2015, a fateful date on which the Islamic State was indelibly imprinted on the Japanese public psyche. This was the day when the Islamic State released on Internet a video showing two Japanese hostages whom they threatened to execute unless the Japanese government paid an exorbitant ransom for their release. The images triggered turmoil in Japan and became a point of contention between the ruling Liberal Democratic Party and the opposition parties.

The Islamic State first attracted global attention in June 2014 when it took over Mosul, the major city in northern Iraq, in a Blitz. By the next month, the militant group established control over a large expanse of territory centered around Raqqa in northeastern Syria, and for the next several years it was a focal point of international politics.

Published at this time of heightened public awareness, components of this book are based on author’s previous papers published in academic journals. The papers and relevant sections referred to by the author in this book include the following.

In addition to the above, the author’s research focus was on the potential rise of extremists since early on after the democratic advance of more moderate forces such as the Muslim Brotherhood were thwarted by military intervention and coercive means. His earliest capture of this moment was reflected in the title of the following essay.

It was very soon after this that the Islamic State emerged as a focus of international politics and was just starting to garner attention in Japan. The author was quick to see that there was a need for an objective book providing basic information on the topic. Once the Islamic State became a point of political debate in Japan it would be difficult to have neutral opinions heard. Perceptions of the Islamic State and its character would be colored by political nuances and any writings attempting to provide a clear-eyed view would be fodder for meaningless political debate and face rejection without consideration.

Up to this time, there were not many books in English let alone in Japanese offering a comprehensive explanation of the organizational structure and history of the Islamic State or its ideology and politics. This book discusses the Islamic State’s decentralized organization with its fuzzy chain of command and presents a succinct summary of its rise as a terrorist group in Syria and Iraq in the context of its historical and domestic -political background as well as its international networks.

The obi (an eye-catching strip of paper on newly published books bearing promotional images and text) on this book has an image of Jihadi John, a member of the Islamic State who became famous for his part in gruesome videos showing the beheading of American and European hostages and who was going to be shown as he took part in beheading of the two Japanese hostages in a video posted on the Internet on January 20, 2015. The Japanese media’s round-the-clock airing of this video showing Jihadi John brandishing a knife and threatening the hostages served inadvertently as very effective advertising for the just-released book on the Islamic State. Given that the two Japanese hostages were brutally murdered soon after it is an unhappy and tragic irony that this book was taken up by so many readers.

This book is acclaimed in 2015 to be awarded the Special Prize of the Mainichi Publishing Culture Award, and in the following year, the Nakasone Yasuhiro Award of Excellence bestowed by the Nakasone Peace Institute.


(Written by Satoshi Ikeuchi, Professor of Research Center for Advanced Science and Technology / 2019)