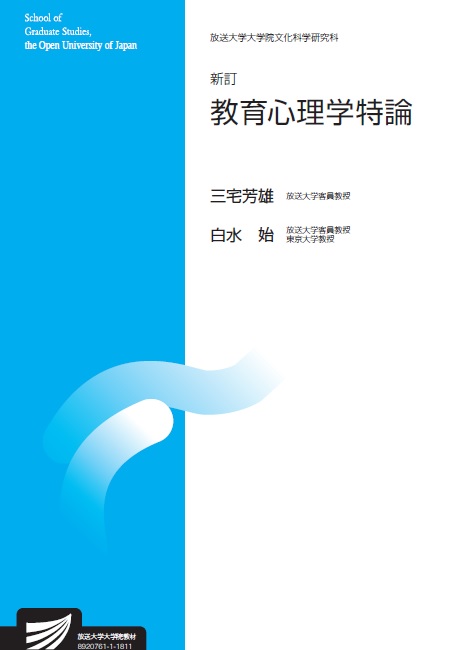 There are few worlds like the world of education where so many popular but naïve theories are bandied about. Truisms abound such as, “If you teach well, children will learn”, “When teaching, it is best to start with the basics and then build on them through application”, “What’s important for children in early childhood is to have lots of experiences”, “Children can’t think freely if they’re forced into cookie-cutter classes”, “If children are given the freedom to search for problems on their own, they develop the sense of agency and problem-finding skills”, and so on. However, few attempts have been made to confirm whether these theories hold true either in the classroom or in school, or in a particular region.

This book is one, which was written out of frustration at the existing situation, and advocates making education a science of practice.

As the foreword of this book states, human activity takes place as the result of a complex interweaving of internal processes and countless stimuli from the outside world. The way people learn in this environment is that “interactions of interactions” occur in that the behavior generated as the result of a person’s interactions becomes stimuli for others. This is not a research subject where it is easy to prescribe that, “If you do this, you will achieve quality education”. Moreover, since it is a study of human being, one action often only occurs once. That is why rather than current educational psychology being a research area, which “creates a general theory”, it tends invariably to rely on detailed analysis of what took place beforehand and an intuitive grasp of the situation so as to make a prediction of a one-time nature and to work on children based on the thinking, “If I work on these specific children in this way, this is likely to be the result”, and by checking the next prediction or intuition resulting from the original prediction or intuition through teaching the next lesson, evolves in the direction of a “science of practice”. When this task of endless predictions and practice, making further predictions based on the results of the practice, and connecting them to the next practice is performed in large volumes, and shows a consistent direction, we are able to lay down a certain form of “principle of practice, which enables more reliable predictions of learning”.

With the aim of acquiring such a principle, we have been organizing and systemizing our findings taking the “Knowledge Constructive Jigsaw Method” as a core teaching practice, where lessons have been developed in collaboration with the boards of education and approximately 2,000 teachers in schools across the country.

Since this book is based on “Advanced Course on Educational Psychology (2012)” and “An Introduction to Educational Psychology (2014)” authored by the late Dr. Naomi Miyake, who served as a member of the Special Committee for Educational Curriculum Planning of the Educational Curriculum Committee of the Elementary and Secondary Education Subcommittee of the Central Council for Education, which laid down the Basic Policy for the New Courses of Study, it may be viewed as the courses of study, or rather chiefly, a “theoretical book” of active learning (proactive, independent, interactive and deep learning). Through this book, it is possible to perceive that the foundation of the report of the Central Council for Education of December 2016 was “based not only on pedagogy, but was also based on the ‘sciences relating to human development and cognition’”.

It is my hope that the younger generation who view education as the science of practice and wish to develop solid teaching practices will read this book and use it to further their discussions.


(Written by Hajime Shirouzu, Professor, Center for Research and Development on Transition from Secondary to Higher Education / 2018)