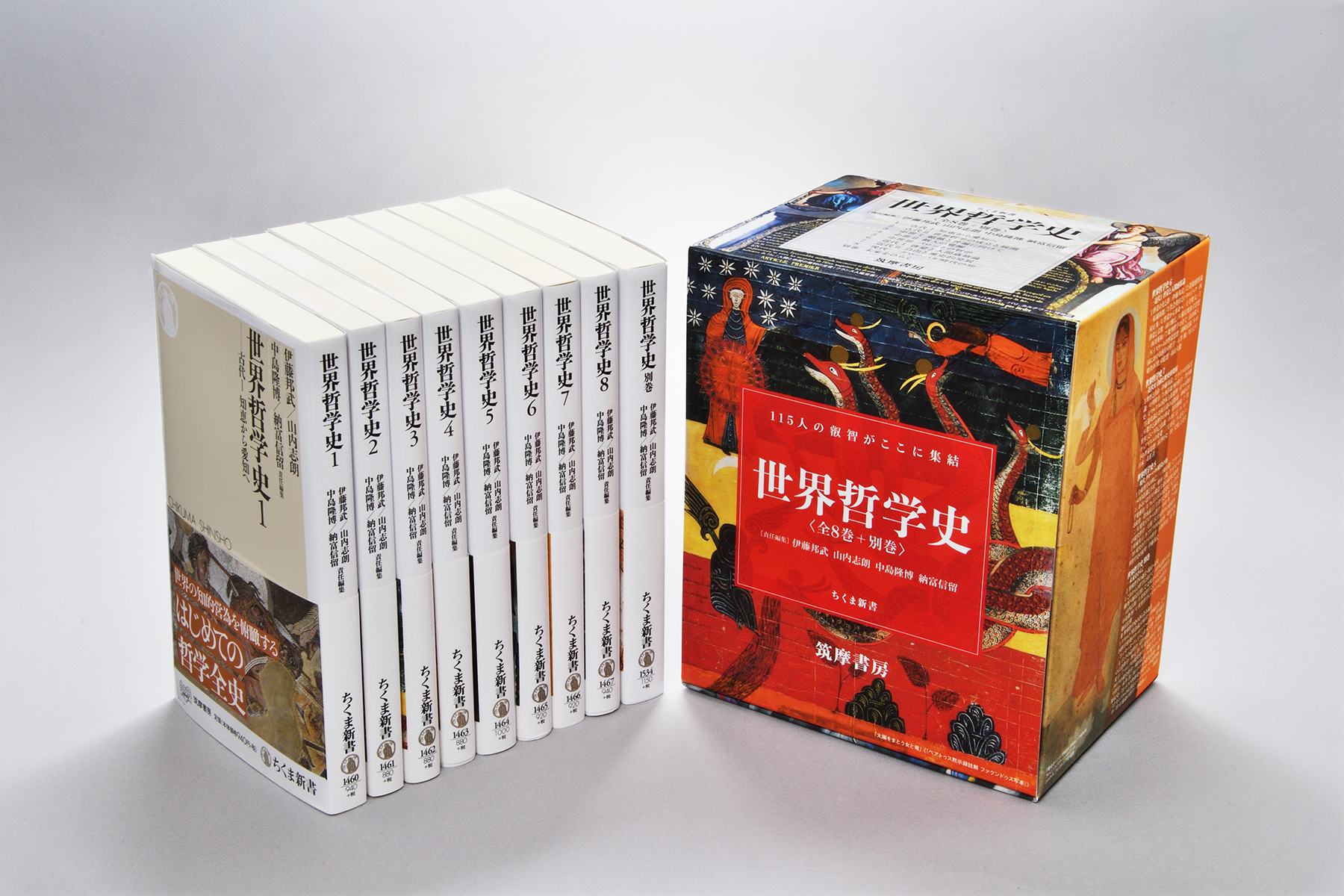 A History of World Philosophy is part of the World Philosophy project that liberates its past from the conventional viewpoint centered on the West and reconstructs it as an intellectual activity from a broad perspective. The Shinsho series is published by Chikuma Shobo, with four editors: Kunitake Ito (Contemporary Western Philosophy, Kyoto University, Emeritus), Shiro Yamauchi (Medieval Western Philosophy, Keio University), Takahiro Nakajima (Chinese Philosophy, University of Tokyo), and Noburu Notomi (Ancient Western Philosophy, University of Tokyo). A comprehensive view of the philosophy of the world from ancient times to the present is provided by 102 experts of each subject in eight volumes (2,448 pages) with 82 chapters and 31 columns. The main body was published one volume a month from January 2020 and was completed in August; however, in December, a separate volume supplementing the new issue that summarizes the whole was published (with 18 new essays), making nine volumes. This is Japan’s first comprehensive history of philosophy project and an unprecedented global large-scale attempt.

In addition to the Western tradition commonly referred to as “philosophy” (from Greece and Rome to modern Europe and North America), the major philosophical traditions of India, China, and Islam are discussed. In addition, peripheral cultures that were not previously considered, such as those in Latin America, Russia, Africa, Korea, and Japan, are also seen as important. There are intermediate zones and their interrelationships, and taking into account their relationship with science, religion, and economy, they recreate the previously neglected dynamism of knowledge. A holistic study of philosophical traditions and movements that have evolved worldwide should provide clues as to where we are and what we should do in the future. A History of World Philosophy is an attempt to provide a new perspective of human knowledge.

This comes from the recognition that the world we live in is beyond Western civilization’s boundaries and is a new era in which diverse values ​​and traditions are unified. Today, we need to think about environmental and cosmic issues on a scale beyond the earth, and philosophy needs to look at human history from the perspective of the “world (sekai).” The project is not only a collection of philosophical activities in various regions but also an attempt to question the “world” in the field and philosophy itself from the perspective of the “world.” It looks at the birth of philosophy in ancient civilization, the development and formation of traditions of the world empire, the maturity from the Middle Ages to the early modern period, the establishment of modern society and modern science, the integration and confrontation of the world, and the subsequent situation. Thinking and communicating the “history of world philosophy” from Japan, which has built its own culture by incorporating Western civilization, should play a major role in World Philosophy.