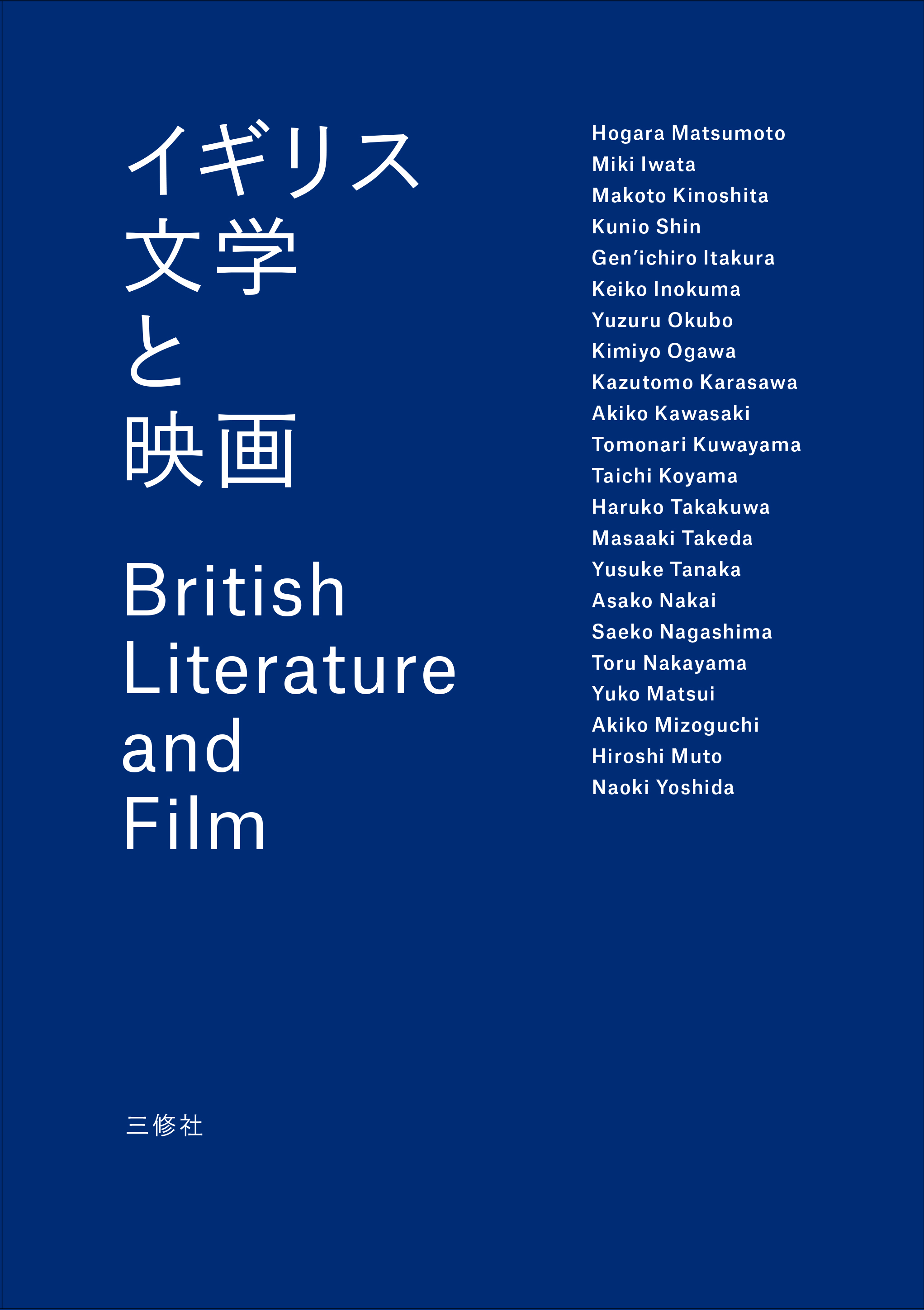 It may be a common experience to enjoy or dislike film adaptations of your favorite literary works. If you are a high school or university student, you may also have watched film versions of textbooks discussed in class. In spite of its ubiquity, film adaptation had long been considered a relatively marginal topic in traditional literary studies; a focus on canonical texts tended to regard adaptations as merely derivative works. Meanwhile, “literary films” had also been considered as rather impure subjects from the perspective of film studies that had traditionally valued “pure cinema.” Yet the recent rise of Adaptation Studies (especially since the 1990s) has produced a number of exciting scholarly works that reevaluate these relatively neglected works of film adaptation.

Following this trend, the essays collected in British Film and Literature have examined a number of films based on major British literary works. In this collection, we emphasized three points: (1) the detailed comparative analysis between literature and film, (2) the close attention to the processes of adaptation as specific socio-historical practices, and (3) the construction of a certain historical framework as a whole. To explain the third point in more detail, this collection tried to situate a number of case studies within the dual frameworks of (a) the history of British literature, and (b) the history of film adaptation.

As for the first framework, the first part of this essay collection examines the works of authors as diverse as William Shakespeare, Daniel Defoe, Jane Austen, Brontë sisters, Charles Dickens, James Joyce, J. G. Ballard, and Ian McEwan, thus following the broad outline of British literary history. The three essays in the second part are more thematically orientated and deal with topics such as the adaptation of theatrical melodramas, science fiction, and gothic novels.

As for the second framework, the films discussed in the 16 essays in the first portion are carefully chosen so that the collection includes films from the silent era (the 1920s) to newer films made after the year 2000 (including the famous BBC TV series Sherlock). By doing so, we tried to shed light on how the specific set of socio-historical factors that have influenced the practice of adaptation has been historically changing over time. Also important is the choice of works by renowned film directors such as Ernst Lubitsch, Luis Buñuel, William Wyler, Francis Ford Coppola, John Ford, and Steven Spielberg. One of the questions shared by many essays in this collection is, “how did these directors’ struggles with classic literary texts lead to the creation of new cinematic works?”

All in all, British Film and Literature is an attempt at considering the history of creative adaptation that has resulted from the productive conflict between literature and film. Equipped with a glossary of film terms, this book is useful also as a guidebook for students who are new to disciplines such as adaptation studies and film studies.