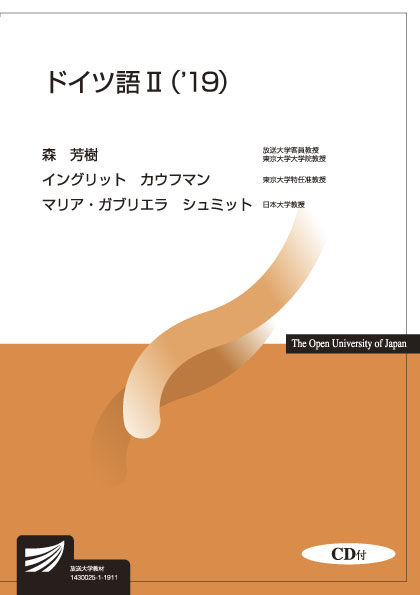 This is the textbook associated with a German course broadcast on television by the Open University of Japan for several years starting in the 2019 academic year. Following from German I, this book expands and enhances the content studied by first year students at the University of Tokyo in the second half of their compulsory German course. Besides encouraging learners to acquire grammar skills that will give them the confidence to tackle a more difficult level of German, this book sets out to teach the use of German in a practical way. The Common European Framework of Reference for Languages (CEFR, or “the Framework”) has had a significant influence not only on language teaching in Europe but also on teaching European languages and even Japanese and other languages around the world. While the book was written with awareness of the Framework, it did not blindly follow it. Acceptance of the Framework should and does vary in line with circumstances and context.

The grammar taught in schools tends to be no more than a simplified account of linguistic descriptions and theorization of the language in actual use. However, this book incorporates many new ideas related to the “school grammar” of German. It more strongly emphasizes discovering aspects of German that resemble other languages than aspects in which it differs from them. Importantly, this empowers new learners to tackle the content with a sense that they have seen it somewhere before. The vocabulary that beginners should learn is also clearly laid out, with reference to the Goethe Institute’s graded lists, which are compatible with the Framework.

German II places chapters on sentence construction and word order, which are always difficult for students of German who are familiar with English and those learning their first new_foreign_language, at either end of the book. Between these chapters, the book emphasizes the contribution grammar can make to practical questions regarding the settings in which the constructed sentences are used and the kind of actions with which these sentences are associated in addition to grammar’s conventional role of word construction and sentence building. Although grammar skills remain central to language competence, the book also includes language use (e.g., users’ performances using language) and language perception (e.g., how users understand the situations they find themselves in). Furthermore, by providing text in a variety of styles, the book allows learners to become familiar with a wide variety of ways of using German.

Beginning with everyday activities at university, work, and nursing care that will be familiar to Japanese people, the book aims to introduce German-speaking countries in a multi-faceted way, covering topics such as festivals and the customs of communal living, paintings, music and other art forms, environmental problems, governmental structure, the post-war history of Berlin, and the German constitution and the constitutional court.

Also included are texts by a German legal scholar written specifically for this book and, with the permission of the German singer-songwriters, translated lyrics. The content aims to act as a springboard for area studies focused on Germany and Europe as a whole.

This book is intended to be used with teaching materials broadcast on television. It features dialogues and exercises and is designed to lead to practical language performance. The dialogues cover the experiences that members of the family are likely to have in Germany, striving to reflect socially diverse daily scenes. It is to be enjoyed alongside broadcast teaching materials, as learners have the opportunity to watch dialogues that make liberal use of animations and listen to the voices of the teachers and students at the University of Tokyo. 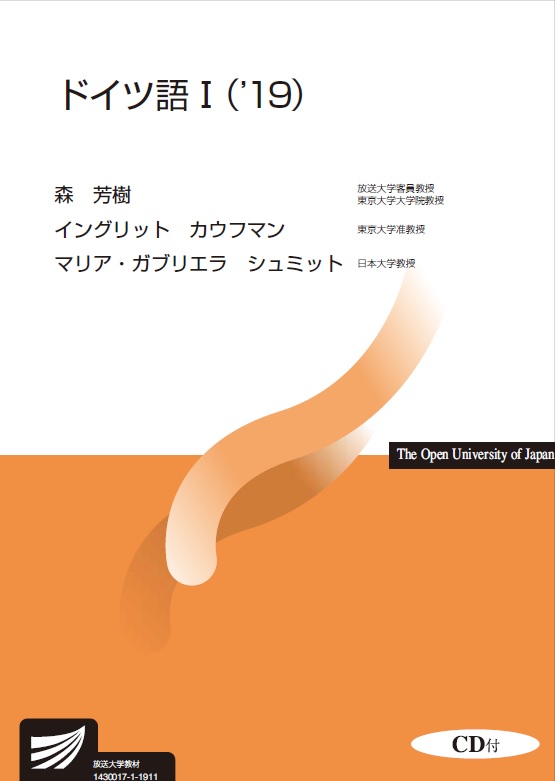 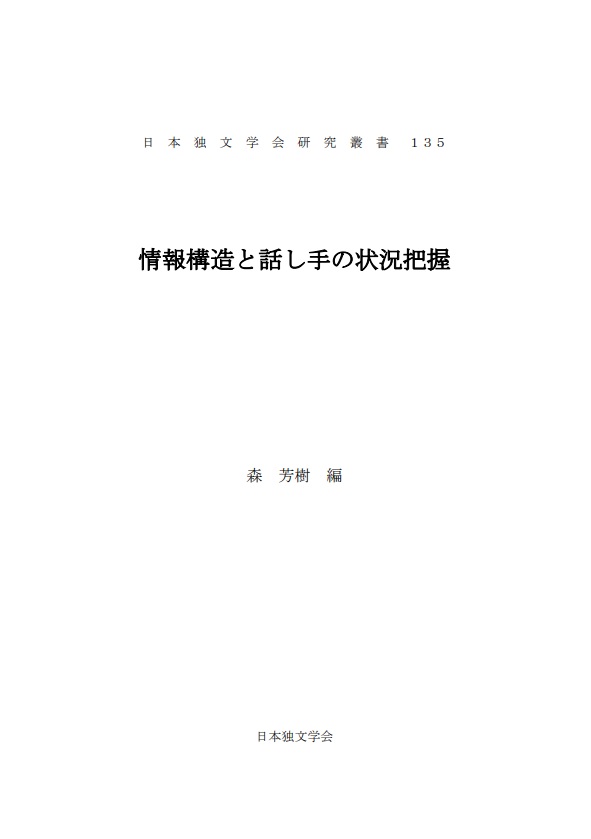