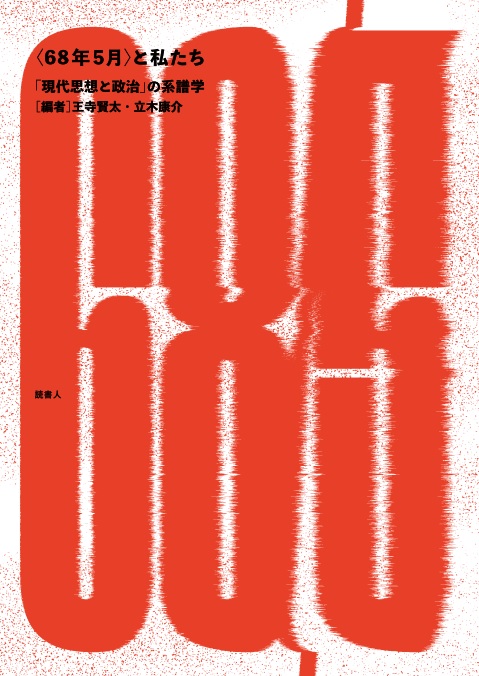 The year 1968 provoked diverging branches of contemporary philosophy. “May 68” in France, which saw the labor movement and students join together in protest and the start of an unforeseen general strike that lasted for several weeks, and the formation of the All-Campus Joint Struggle Committees (Zenkyōtō) in Japan, which among other actions called for the “dismantling of the imperial universities” and “opposition to industry-university collaboration” at the University of Tokyo, were momentous events in 1968. In Japan, scholars had been averse to evaluating 1968 because its effects were associated with fatal violence within sects of “extremists,” as symbolized by events such as the Asama-Sanso incident involving the United Red Army. However, some scholars reassessing “1968” today recognize that it laid the seeds of “new social movements,” such as feminism and the ecological movement. Others tend to see that “1968” represented the final fluorescence of various cultural avant-garde movements.

A feature of this volume is its recognition of the “revolutionary situation” that Western capitalist and liberal democratic regimes of that time encountered in 1968. It seeks to understand this revolutionary situation by evaluating its characteristics in relation to post-1960s contemporary philosophy in France, namely those issuing from structuralism and post-structuralism. However, diverging discussions occur in the book, too, as soon as the question of what was “revolutionary” about 1968 is raised.

Was what was “revolutionary” about 1968 the attempt to overthrow state power by old and new left-wing parties on the background of the anti-Vietnam War movement while competing against each other? Or was it the escape by people from their prescribed roles as workers and citizens, leading to the sudden near-collapse of capitalist and state orders? The authors argue that instead of such developments, what was revolutionary was “counterrevolution” that originated in response to 1968, whether it was the reformist restructuring of the welfare state beginning in the 1970s or the subsequent deepening and expansion of neoliberalism. We are all living in the era of “counterrevolution” in response to 1968. From this perspective, the quixotic revolutionary movements, which failed abjectly, and the currently reigning capitalist and state movements can be considered as branches of the same political process, which can only maintain itself by relentlessly moving forward.

Thus, this book also explores sharply diverging questions about “contemporary philosophy” streaming from 1968. For example, has the “disappearance of man” discussed by Foucault now arrived with the transformation of human life and body, the last constraint of capitalism, into technologically manipulable objects? Can the revolution of “becoming-minor” sought by Deleuze and Guattari, which sees a new revolution different from the classical revolution of overthrowing the state, be considered without the idea of “avant-garde parties,” which they dispense with? What happens if the theory of formation of analysts conceived by Lacan, which seeks to bring forth constant innovation of the psychoanalytic movement, by its very nature preserves Lacan as its master? What if the criticism of “knowledge” by Althusser and his philosophic heirs can only delineate the boundaries between theory and practice and confine itself within critical knowledge and political beliefs?

In this book, the year 1968 is considered to be the starting point of all these diverging inquiries. Still, what unites the diverging “we” are the events of 1968, whose meaning for us is still not established. If this is the case, the fate of 1968 depends on what kinds of new branches of thoughts and practices emerge from the current horizon of “post-1968.” The authors hope that this book will provide clues for perceiving this future.