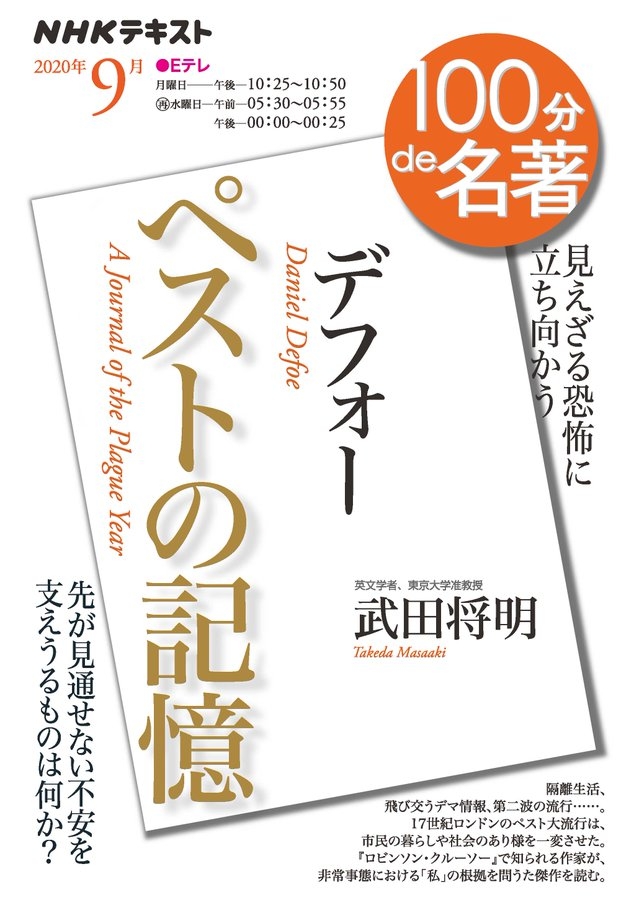 Together with Robinson Crusoe, A Journal of the Plague Year (1722) is one of English author Daniel Defoe’s representative works. It has long been known in Japan in the form of Masao Hirai’s translation Pesuto (the Japanese word for plague, from the German “die Pest”; published by Chuko Bunko).

In 2017, my new translation was published under the title Pesuto no Kioku (“Memories of the Plague”; for more details, please refer to a separate page within Biblioplaza). At that time, no one would have imagined that, just a few years later, a new viral infection (albeit one less fatal than the plague) would assault humanity.

In 2020, COVID-19, a novel coronavirus, became virulent worldwide, and people were struck with terror at this unknown invader, for which no vaccine was then available. At that time, I was struck by many events that vividly recalled the details of Defoe’s book: the shortage of daily necessities, “social distancing” to avoid exposure to the virus, how rumors spread in the midst of a dearth of information, the appearance of doubtful drugs and “cures,” and the cruel fact that it was the poor who were most susceptible to the disease. All of these matched the reality recorded by Defoe.

Of course, there was no perfect overlap between COVID-19 and the plague, which becomes rapidly fatal for men and women of all ages alike. Recovery is more likely in the case of COVID-19, as long as related diseases do not become serious. There are also marked differences in the medical and scientific knowledge between the seventeenth and the twenty-first century; in 1665, when the plague pandemic occurred in London, no one knew the plague was spread by bacteria, or that viruses existed. Yet, despite the progress of civilization and medical science, as we have been witnessing for three years, human struggles with infectious diseases still have a long way to go. Here, it is important to note that, in the assessment of human behavior during a pandemic, one must go beyond a simple identification of similarities and instead read Defoe carefully and with a critical eye, interpreting and making comparisons cautiously and accurately.

It was under these circumstances that I was contacted by the producer of NHK’s long-running television program 100 Pun de Meicho (“A 100-minute introduction to a literary classic”), with the idea of doing a program about A Journal of the Plague Year (Pesuto no Kioku). Preparations for this were undertaken quickly, as, unlike most of the “classic” books introduced on the show, we were actually in the kind of situation Defoe’s book depicted. The book I am reviewing now is the textbook for this program. As only a portion of the text could be taken up in the broadcasts, I thus encourage everyone to read the entire text, regardless of whether they have watched them.

To fit the format of four separate broadcasts, I separated the textbook into four chapters. They were arranged such that a viewer/reader would gradually come to have a broader and clearer understanding of the questions modern society had to answer in the face of the COVID-19 pandemic, as raised in Pesuto no Kioku. Chapter 1, “How to Respond to a Pandemic,” deals with the types of insecurities and fears that arise in an individual when suddenly faced with the terror of a plague-like disease. Chapter 2, “Life, or Livelihood: The Ultimate Decision,” depicts the dilemmas of families, shops, or businesses forced to make a choice between emphasizing health or their own economic needs. Chapter 3, “A Controlled Society vs. Citizen Freedom,” takes up the opposing standpoints of governments and citizens during a pandemic. Chapter 4, “What to Record, and What to Remember,” discusses record-keeping during a pandemic, and what information and lessons should be communicated to future generations.

To prepare for the show and the book, a writer recorded the contents of preparatory Zoom meetings held between the producer, the editors, and other related persons. When a question or difficulty arose, the draft text was thoroughly edited and revised after communications among these people, and numerous footnotes and references were added for further understanding. The result was the creation of this book, which enables easy access to this key text of eighteenth-century English literature. As you read these words, I do not know whether the current pandemic is still raging, whether the memories of it are fresh, or whether it has already become a historical event. Nevertheless, one thing is certain: you will learn much from this book, and from reading the translation (or original) of A Journal of the Plague Year. I would be most pleased if you were to do so. 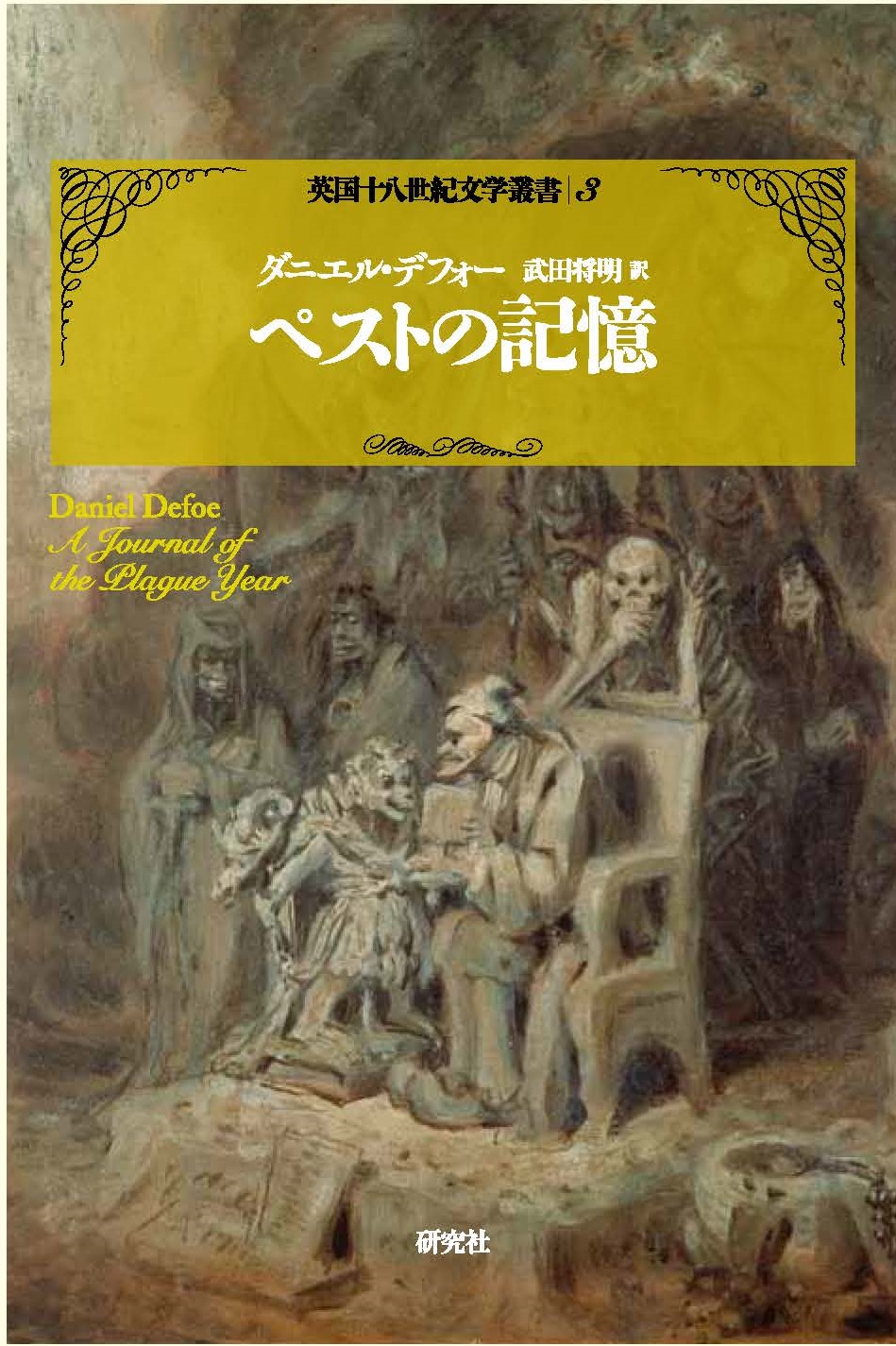