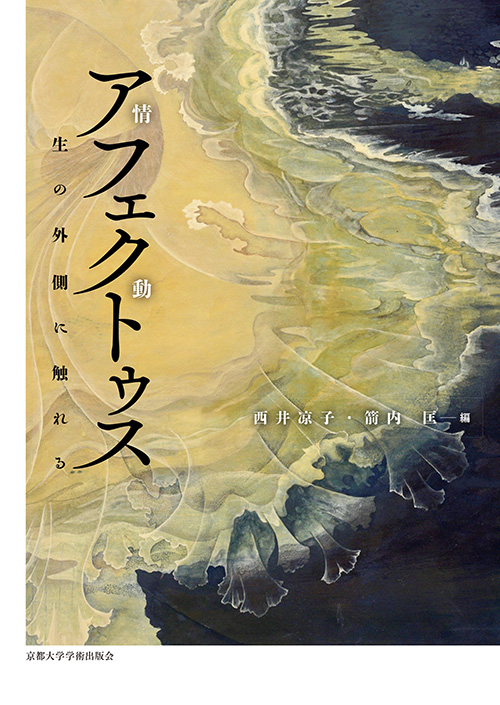 Afekutousu (Affectus - Touching the Outside of Life)

Living in the 2020s has undeniably required us to fundamentally rethink our relationships with the world around us. As I write this summary (in August 2021), Covid-19 continues to be a pressing issue while, in the background, the problem of global warming is taking on greater urgency. To think that human beings have an existence independent of their environment and can simply control the world according to their free will is arguably not just an unsustainable idea but an illusion.

If we analyze modern Western thinking, we find that it mostly follows the following two-step process: things (including human beings) under consideration are first objectified as a set of independent entities, and afterwards, the relationships woven between them are observed and analyzed. Against this approach, we argue here that such thought processes should be stopped. Instead, we should directly start from the following basic fact: Everything emerges from the heart of interrelationships, where a thing is affected by other things around it as well as affecting them. (To see how basic this fact is, we have only to remember how we ourselves are born from our mothers’ wombs.) This way of seeing the world—which we heavily owe to Spinoza—may be called the “affective” worldview. Affectus: Touching the Outside of Life is a collection of essays by contributors who share this basic intuition. Each author, with her or his own research methods and materials, seeks to explore a novel approach to the world around us.

The 14 authors of this book come from a variety of disciplines: nine of them are anthropologists, while the remaining five are specialists in nihonga (Japanese-style painting) (Kyoko Nakamura), primatology (Suehisa Kuroda), cognitive psychology (Kotaro Takagi), philosophy (Kazunori Kondo), and living systems theory (Pegio-Yukio Gunji). The themes treated by the anthropologists—reflecting the tendencies of contemporary anthropology—are manifold: anthropology of plants (Yanai), the dimension of “shadow” in ethnography (Crapanzano), the relationship of a woman with her house in southern Thailand (Ryoko Nishii), the “dreams” of Sudanese agropastoralists (Akira Okazaki), a naming ceremony in a Nigerien village (Yutaka Sakuma), Roma homes in Romania (Ayako Iwatani), drum performances in a Nepalese village (Katsuo Nawa), the act of gift-giving in New Guinea (Naoki Kasuga), and computer shogi in Japan (Akinori Kubo). With these anthropological monographs that examine diverse subjects from the “affective” point of view, the non-anthropologist contributors greatly expand the overall theoretical range of the discussions of the book. It should be stressed that despite its appearance, this volume is not a collection of disparate elements. Although each author developed her or his argument freely, we discussed all the contents repeatedly with the above “affective” point of view in mind, so much so that, near the end of our collaborative work, we had the strong feeling that some essential common ideas ran through the chapters. Among these common ideas, the influence of discussions by Pegio-Yukio Gunji, one of the contributors as well as the author of the widely discussed book, Ten'nen chino (Natural born intelligence) (2019) deserves a particular mention: The subtitle of this book, Sei no sotogawa ni fureru (Touching the Outside of Life) expresses precisely this influence.

As a postscript, I would like to add that the whole book was discussed in a graduate seminar (in the summer semester of 2021) with anthropology and non-anthropology students, and elicited lively debates throughout; also, in the last two sessions, five cultural anthropology PhD students gave original presentations inspired by the book—which gave me the feeling that the power of the affectus concept was even stronger, and more expansive, than I had thought.