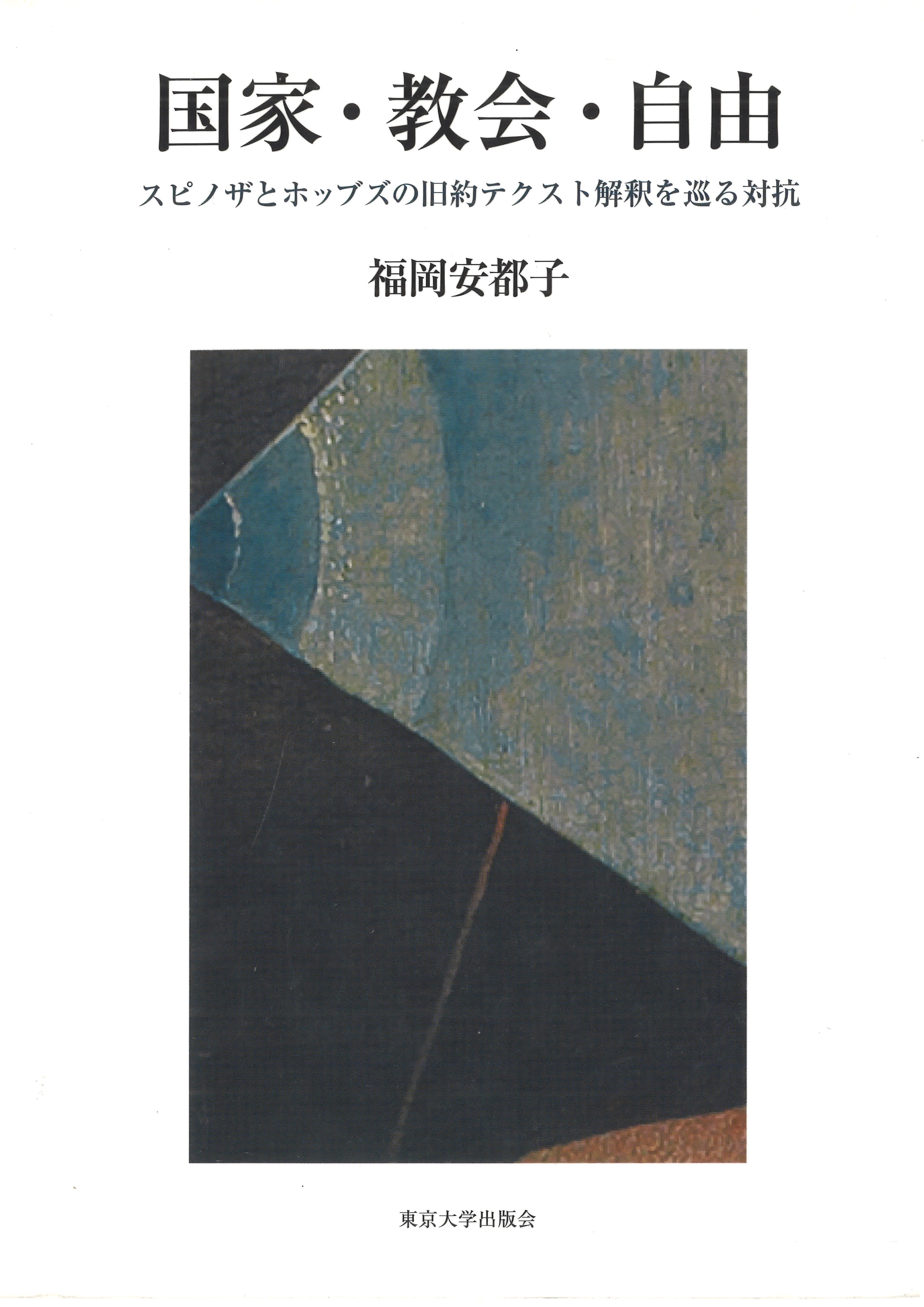 Kokka, Kyokai, Jiyu (State, Church, and Liberty - A Comparison between Spinoza's and Hobbes's Interpretations of the Old Testament)

The role of the biblical text as a medium for discussing the relationship between State, Church, and Liberty is central to understanding Spinoza’s Tractatus theologico-politicus (1670). The Japanese book Kokka, Kyokai, Jiyu (English: State, Church, and Liberty), published in 2007, includes the initial results of my current research project, which aims to shed light upon the battles of political exegesis of the Bible that were fought by European intellectuals in the afterglow of Humanism and in the surging tide of the Scientific Revolution.

Kokka, Kyokai, Jiyu primarily analyzes Spinoza’s choice and interpretation of quotations from the Old Testament, especially those quotations that find their most intensive use in relation to the questions of prophecy and prophets in chapter 1 of the Tractatus. Part III of Thomas Hobbes’s Leviathan (1651) is chosen as a concrete object for comparison. Hobbes’s quotations in chapters 34 and 36 of Leviathan particularly resemble the Tractatus’s biblical argument at the section specified above, so that the two authors’ texts can fruitfully be analyzed side by side as a dialogue through the medium of biblical verses regarding how God communicated His message to His prophets. Such scriptural interpretation was, for Hobbes, the vehicle to conceptualize the Sovereign’s right to judge the Bible’s meaning. For Spinoza, in contrast, it was the vehicle to differentiate himself from Hobbes and to vindicate instead the liberty of individuals to think freely, even on such biblically problematic issues as Heliocentrism.

With this highly specific, textually oriented comparison at its core (chapters 4–7), the first three chapters of this book explore a wider Dutch historical context of controversies over the church-state relationship, especially the political and intellectual constellation during the First Stadholderless Period (1650–1672). Furthermore, the positions of Spinoza and Hobbes––both radicals in their own way––are gauged within the entire spectrum of contemporary opinions by being set side by side in a tertia comparationis, the theory on Church and State by Ulrik Huber (1636–1694). This Friesian jurist of German background offers a Calvinist elucidation of the church-state relationship in a contemporary, natural-law style textbook of public law, jus publicum universale.

These textual and contextual analyses lead to the conclusion that the polarity between Hobbes, Spinoza, and their Dutch contemporaries (including Huber and Grotius) converged on the paradigmatic question of who stands immediately beneath God to mediate His will to the people. Each author answered this question differently, mirroring their divergent views on how the authority of the Bible should be represented on earth and to what extent the mediators of this authority can bind humankinds’ minds and actions, and thus their liberty. For further details, readers are requested to refer to the English language summary attached at the end of the current book.

Expanded New Edition:
State, Church and Liberty: A Comparision between Spinoza's and Hobbes's Interpretations of the Old Testament Atsuko FUKUOKA  (University of Tokyo Press, May 21, 2020)
http://www.utp.or.jp/book/b507923.html
@UTokyoBiblioPlaza
on Twitter