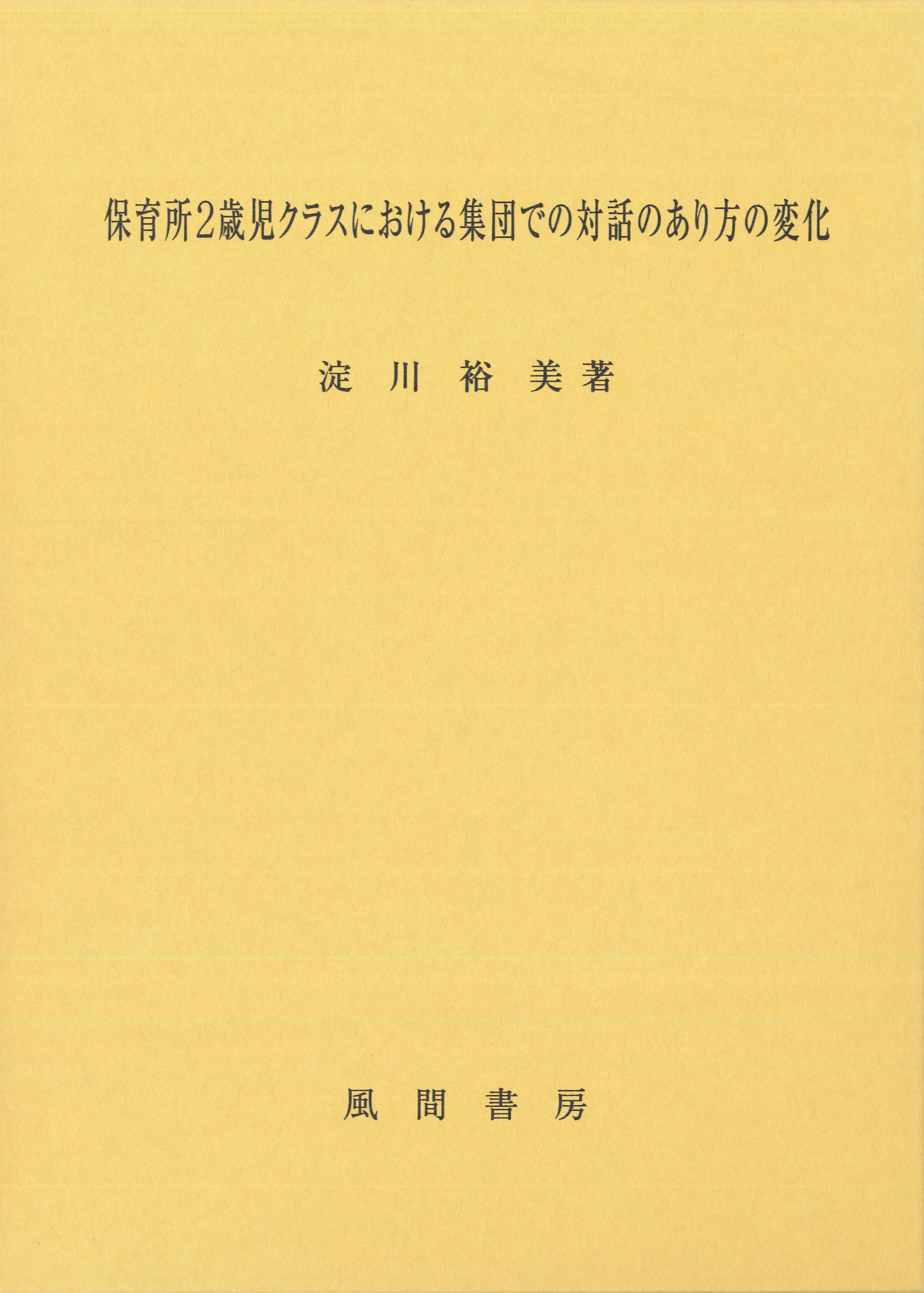 This book describes a study on changes in small-group dialogue among children in a 2-year-old class at a day care center, as they transit from toddlers to preschoolers. Everyday dialogue occurring at a day care center were observed and recorded for a year. The cases observed from June to November were analyzed with reference to insights from the fields of early childhood education and care, developmental psychology, and linguistics. This study also focused on differences between mealtime and outdoor walk, between times of the year, and between ways in which individuals participate in dialogues, and so on.

The impetus for this study was my fascination with the interesting dialogues that 2-year-olds have with each other; these dialogues are seemingly disjointed but apparently satisfactory to the children themselves. During this one-year in 2-year-old class, children not only interact with teachers but they also exchange words with other children, come to know the fun of connecting with other children through language, and learn about others who are different from themselves. Through all this, they learn how to use words and how to participate in dialogues. I felt an urge to describe these dynamics.

The first feature of this book is that I did not use experimental observation, but instead, natural observation (Sawada and Minami, 2001), which emphasizes the natural conditions of human life and focuses on how people behave under such conditions. Each child spends time with several other children in the familiar environment at the day care center, and a variety of events take place daily. In a single day, children experience dialogue with teachers and other children while experiencing various emotions, for example, the happiness of sharing fun and joy with other children, conflict with other children, and the frustration of not having one’s wishes fulfilled. I attempted to understand the aspects of how 2-3-year-olds develop while at day care center, including the complexity and diversity of that context.

A second feature is that the analysis is concerned not only with dyadic dialogue, which has commonly been the subject of past studies, but also with small-group dialogue involving three or more participants. Triadic dialogue is the most basic form of a group dialogue and is the most suitable situation for observing toddlers’ ability to interact with several other children at the same time. However, few research has been conducted on three-way interactions between children (Hay et al., 2009), and it is especially meaningful that this study examines the case of 2-year-olds, who are transitioning from non-verbal to verbal dialogue.

The theoretical framework of this study references the concept of “format” as advocated by Bruner (1993), who studied language acquisition by infants and had a major influence worldwide, as well as Bakhtin’s (1988) theory of “utterance” as a unit of verbal communication. According to Bakhtin (2002)[i], “All kinds of communication using words and other non-verbal interactions proceed in the form of exchanges of utterances. In other words, they take the form of dialogue.” “Dialogue is reciprocal speech and involves two persons, unlike monologue, which is a long one-way speech by a person. The utterances exchanged by the participants of a dialogue are called response.” Bakhtin’s use of these words is the reason that I use the terms “dialogue” and “response” in this book.

It would be delightful if the readers of this book enjoy the richness, vibrancy, and depth of the world that is woven together by 2-year-olds.