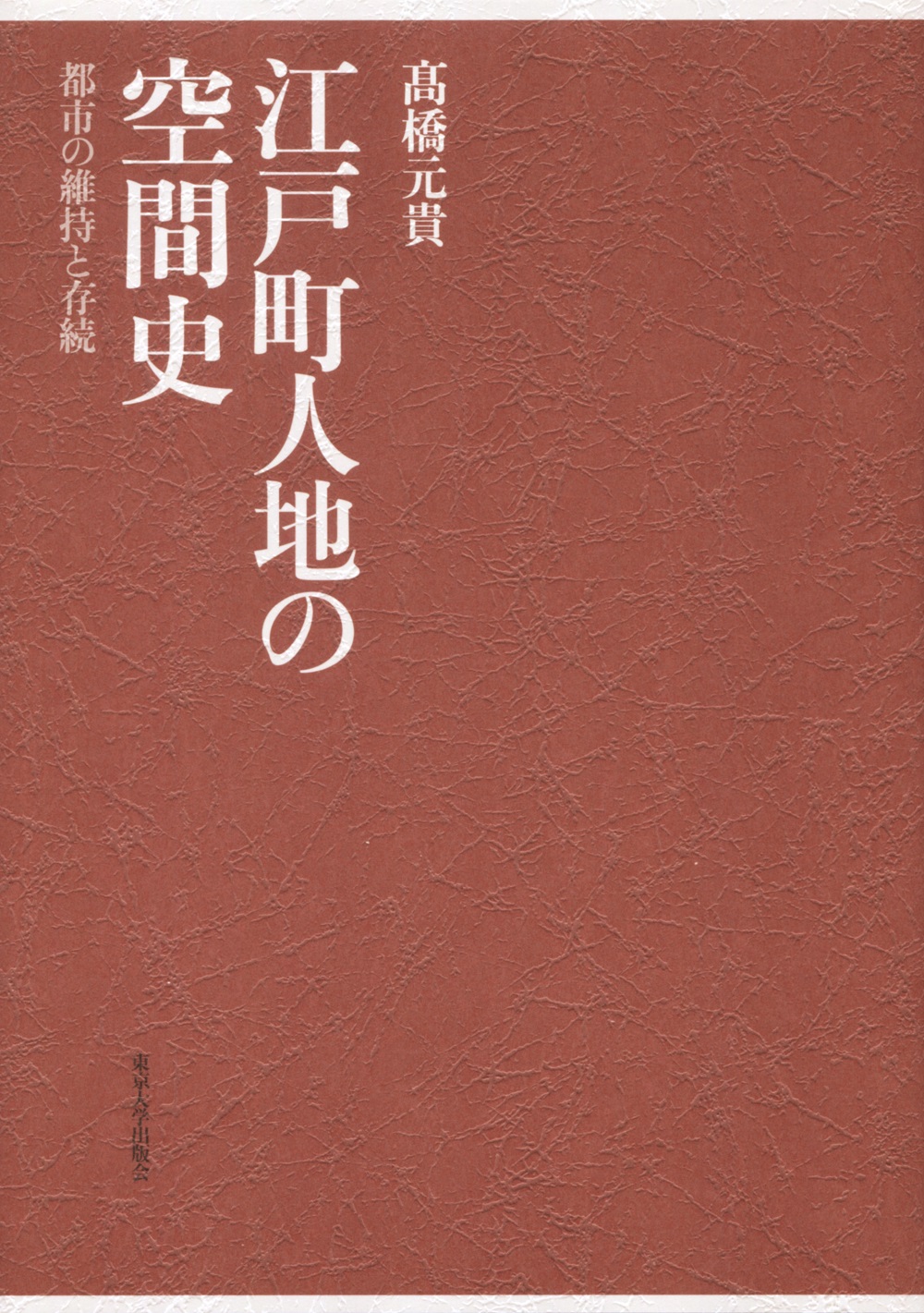 Edocho-Ninchi no Kukan-shi (A Spatial History of Edo's Commoner District: the Maintenance and Continuity of the City)

This is my first book, and it is based on my doctoral dissertation. Despite being in the engineering field, the university to which I belong has a research department specializing in the history of architecture. While its research subjects and methods are varied, I specialize in “urban history” with a focus on the field of architecture, and conduct research on urban spaces in early-modern Japan.

This book is set in the castle town of Edo. Although Edo has changed significantly in appearance, it was the direct pre-cursor to present-day Tokyo. Up until now, there have been a number of studies on Edo in the field of architecture. Many of these studies examined the so-called “change” of space, such as how Edo was planned, formed, and developed, or how it was reorganized and redeveloped through succession and discontinuation around the time it modernized into Tokyo. This is because, from the standpoint of the study of architecture—where one’s main concern is examining the form and design of buildings, their planning, and their formation process—the periods in which cities drastically transform their structure are not only a very appealing topic of discussion, but one that can capture dynamism as spatial history.

In contrast, periods in which there were an absence of such “change” have not been extensively covered in previous studies. Rather, it seems that no perspectives or methods that examined such periods have even been presented. In light of this, this book attempts to describe the history of the urban space in Edo that remained “(seemingly) unchanged” from the beginning of the eighteenth century, when urban expansion was coming to an end, to the nineteenth century. More specifically, it explores how urban space had been structured and maintained (or neglected) by actively discussing the maintenance and management of infrastructure—seemingly mundane tasks—as architectural actions that “shape” urban space. Through this process, this book will clarify how such urban spaces endured for a century or so, what they were like, and how they surrounded people’s lives.

Written in this way, it may seem that the contents of this book address modern topics, such as preserving historical townscapes and buildings, and in turn, the sustainable development goals. However, it is not my intention to focus on such content. Rather, I want to examine these topics from a historical perspective. In other words, my underlying research question asks whether it is perhaps necessary to examine what historical preservation is by momentarily distancing ourselves from the societal preconceptions, political correctness, and positive connotations that surround well-regarded terms such as “preservation,” “maintenance,” and “sustainment” today.

This book is merely an academic text based on my doctoral dissertation and it cannot answer the theoretical questions I have posed. However, I believe that this painstaking examination can provide some clues to help us view the modern cities in which we live in a critical manner.