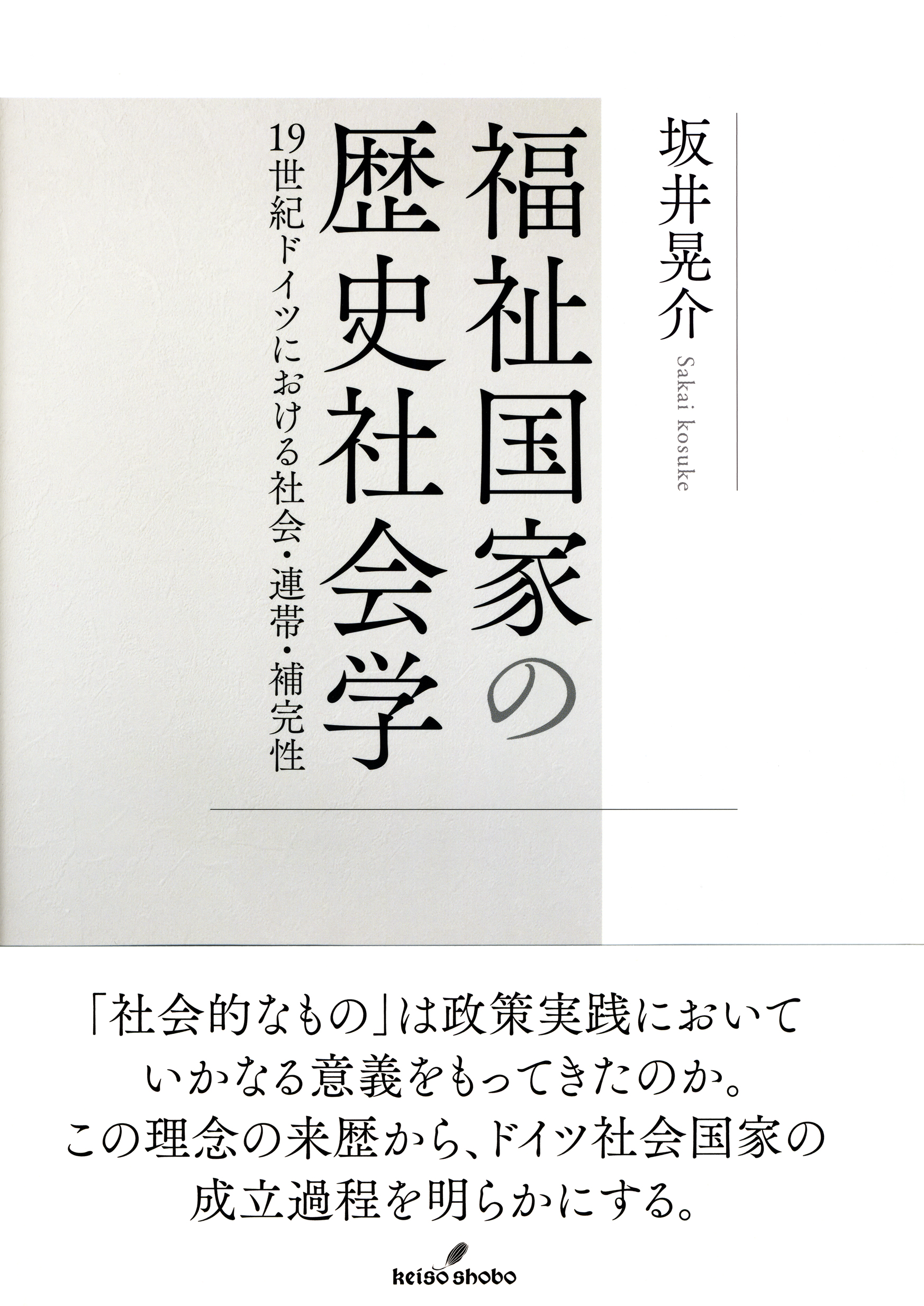 Fukushi-kokka no Rekishi Shakai-gaku (The Historical Sociology of the Welfare State - Society, Solidarity, and Subsidiarity in 19th-Century Germany)

The welfare state, a feature of government through which the state provides citizens with social security and other forms of social welfare, has become an indispensable part of the lives of many. However, its history reveals that the welfare state arose as a product of various ideational shifts. To illustrate this transition and development process, this book explores the case of late 19th-century Germany.

The catalyst for the German welfare state, or the “social state’ (Sozialstaat), was the provision of the world’s first social insurance for workers. Accordingly, this book focuses on the German idea of “the social” (das soziale), which refers to social bonds after the collapse of traditional ties within communities. “The social” started gaining attention in the late 19th century and played a crucial part in the development of social welfare in Germany as a new concept worth legitimation to protect people from social risks.

The first part of the book discusses the author’s theoretical position and methodological approach to scrutinize the ideational formation of the welfare state. Scholars have traditionally approached concepts of “the social” by analyzing texts by key thinkers; this book, however, uses a different analytical model that explores how policymakers referenced these ideas, be it in a favorable or unfavorable manner as a form of communication of the political system of a certain period. Most crucially, Niklas Luhmann’s functional differentiation, a prominent if ambiguous sociological theory, is posited by the author as an empirically verifiable proposition, upon which the author proposes an analytical approach for the idea of the welfare state: semantic analysis. Thus, the first section of this book focuses on what is typically regarded as an abstract, generalized theory, and reconstructs it as a middle-range, empirically verifiable theory.

The book’s second section focuses on the meaning of society (Gesellschaft) in two institutional contexts—academia and politics—and discusses how these meanings are related to the formation process of a German social security system. Traditionally, the academic significance of the concept has been emphasized: society as a realm in which social problems occur. However, in the contemporary political realm of 19th-century Germany, policymakers started viewing society as something that had once been orderly, but had fallen into turmoil due to social democratic movements and religion. Thus, the book’s second section demonstrates how the idea of society emerged as academic and political institutions observed one another, and that society came to be perceived as a domain in which new problems might be identified, compelling institutions to find solutions.

The third section of the book explores the meaning of two principles in the context of governance practice: solidarity (Solidarität) and subsidiarity (Subsidiarität). The first term is associated with the workers’ struggle, while the second is a Catholic moral concept. While noting these connotations, policymakers began to redefine the terms to legitimize social security legislation. Consequently, solidarity and subsidiarity became core principles of the modern welfare state, which is currently in transition. Thus, the third section of this book explores the significance of these age-old yet new ideas from the perspective of historical sociology.

As noted above, this book analyzes the principles of the German welfare state from the perspective of historical sociology. The author draws upon existing historical findings and reframes them in the theoretical model of functional differentiation as a middle range. Although this approach is at a nascent stage, this book will serve as a springboard for future interdisciplinary research, yielding abundant findings, including international comparisons in the welfare state’s historical development and application of historical insights to today’s problems.