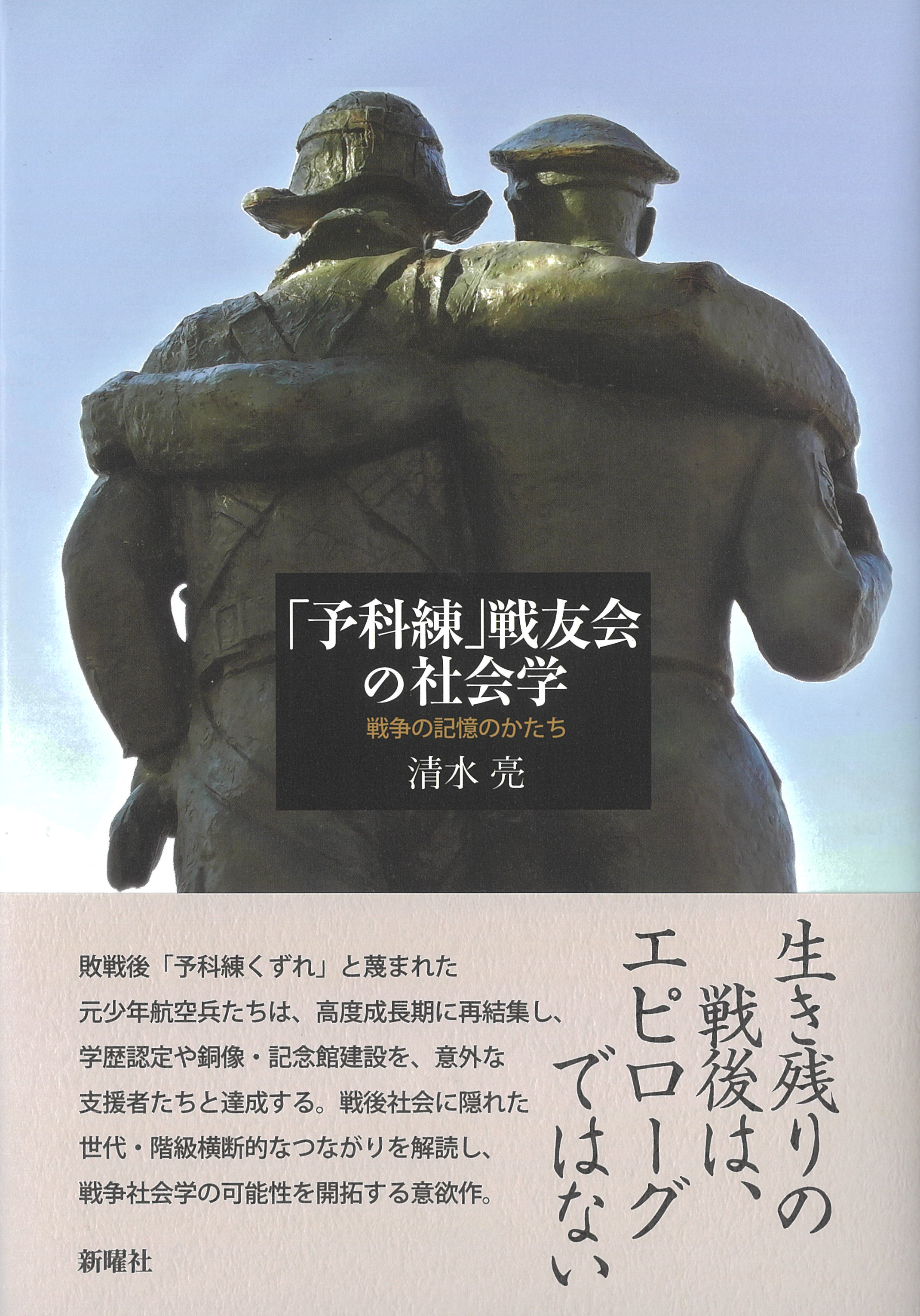 Life is much broader than any battlefield. This phrase––which is a modification of the Svetlana Alexievich quote “A human being is greater than war” reproduced in the Afterword––aptly summarizes the book.

As the book’s title indicates, this work focuses on the naval aviator preparatory course Yokaren in wartime Japan. The first half of the book presents wartime memoirs. Yokaren trainees were educated and trained under the preparatory course system. Much has been written and said about their numerous sacrifices in battle and their tragic fates as brave ace pilots and members of the Special Attack Corps (SAC or kamikaze). While their role in war has been emphasized, the postwar lives of survivors have often been overlooked or treated as an epilogue.

In contrast, this book focuses on their often long lives after the war, as a testament to their postwar accomplishments. Rather than depicting individual lives, this sociological monograph provides a multifaceted analysis of veterans’ groups formed after the war and traces veterans’ social relationships and activities both inside and outside these groups.

An investigation of Yokaren reveals that it served as a “semi-elite” life course for the selected few among those who chose military service as a career or to further their education. Thus emerge the intersecting themes of class, educational background, and career success. To contrast themselves with Japan’s elite, Yokaren graduates highlight their unique accomplishments in statements such as “I’d like to see a Tokyo University graduate pull off feats like these!” and “They may be former commissioned officers, but that gives them no reason to look down on the Yokaren! (= non-commissioned officers)”

A key focus in this book is a dual-pronged exploration of how Yokaren veterans’ groups proceeded to build monuments and museums. First, the book details how Yokaren graduates from diverse backgrounds came to be included in veterans’ groups and how those groups were formed. The text also elucidates the forging of networks between these veterans’ groups and local communities, the political and financial elite, Japan’s Self-Defense Forces, etc. Thus, the book avoids reducing wartime memories to memoirs of war experiences or studies on political power. Instead, the concepts and practices of “sociological morphology” are used to analyze how memories were (re-)configured via the formation of social relationships and how they took shape as collective memories.

The book’s fundamental implication lies in its expanded viewpoint, premised upon the understanding that wartime experiences happen during a war, and wartime memories are formulated after a war ends. This may be likened to the energy in a battery. The “charging period” occurs through the accumulation of an individual’s experiences during the war, and the “energy discharge period” encompasses the bursts of creativity resulting from the outflow of that stored energy (Munesuke Mita, “The Potential of Postwar Experience”). This metaphorical energy discharge period is not apparent in the fair faces of youth during war or in the wizened faces of elderly persons who survived the war and are still clinging to life today. Rather, this book depicts the “postwar experiences” of former young soldiers as they became mature adults and grew into their middle ages, the great period of energy flow during which they built monuments and memorial museums.

The results are not limited to specific Yokaren-related issues. “The duality of collective memory” and “the formation through war of bonds that cut across class boundaries” also offers suggestive points concerning other topics. For example, Hitoshi Kokubo, an author who interviewed atomic bomb survivors during the same decade, the 1960s, became fascinated by the postwar “trajectory of life.” He wrote: “Compared with their factual recounting of their momentary [experience of the atomic bomb], [the atomic bomb victims’] intonation gradually gained in warmth as they spoke about the days and years that followed” (“Two Decades After The Children’s Peace Monument,” In This Corner of the World). It is hoped that this book will attract a wide variety of readers and stimulate their interest in the expansion of life and the exuberant human bonding of those who survived the war, in stark contrast with the futility of death in battle.