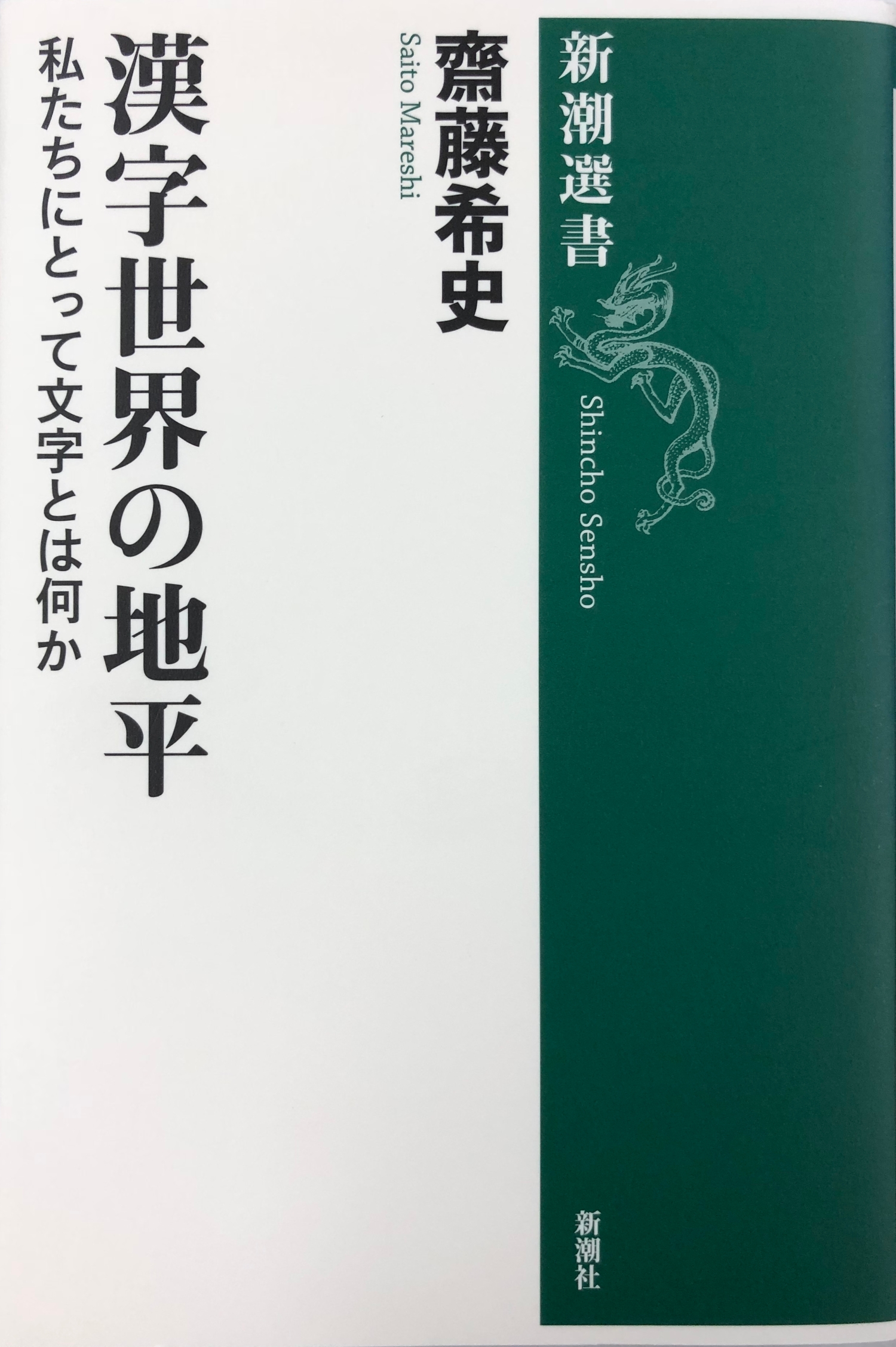 Shincho Selections Kanji Sekai no Chihei (The Great Wide World of Kanji - What Does the Written Word Mean to Us?)

This book considers the question posed by the subtitle: “What does the written word mean to us?” Because the title of the book is The Great Wide World of Kanji, and it discusses the regional written characters and languages of Japan and East Asia, it might be that “the written word” refers to kanji. In fact, the discussion does revolve around kanji regarding such questions as: How did kanji originate? How did they spread? How did they evolve in different regions, and, in particular, how did they evolve into Japanese characters and sounds? These are the book’s main topics; therefore, the question of “what is the written word?” might be a bit too broad.

However, the question “what is the written word?” is situated at the book’s foundation. We currently live in a society that relies on writing and is essentially predicated on the ability to read and write. However, this is a relatively new situation in human history, and many previous societies did not have systems of writing. Languages and writing tend to be treated as inextricably linked, but humans developed writing much later than they developed oral languages. How has writing influenced humans, and what worlds have humans built through writing? This book takes up these questions using kanji as a starting point. Thus, the “us” in the subtitle refers to those of us who use kanji and, in a broad sense, those of us who use any writing.

With this question as its basis, the book aims to explain the relationship that might exist between writing and language, using, whenever possible, specific examples, which range from oracle bone inscriptions to early modern Japanese literature. The range in which kanji spread sometimes is referred to in Japan as “the kanji cultural sphere,” but this book does not use those terms. The notion of cultural spheres arose through comparisons with others and naturally tends to emphasize regional specificities. It also tends to emphasize common characteristics within a given cultural sphere. A region could not otherwise be identified as a “cultural sphere.” However, this book distances itself from that perspective, and, instead, it focuses on the dynamism of the relationship between writing and language because of the spread of kanji.

In addition, in Japan, terms for discussing kanji have existed for a long time, beginning with the transmission of kanji from China, and kanji have frequently been discussed as having an external origin. However, this book distances itself from the notion of “kanji as other.” The notion of “kanji as other” is predicated on the sense of “China as other.” The argument that kanji were external in origin, but that they were transformed into something Japanese is along the same line of thought. However, the problem is not whether kanji originated in China, but whether they are a form of writing. If kanji are external and “other,” it is understood in this sense. The question of “what does the written word mean to us?” ties into these concerns. By basing the discussion on the notion of writing rather than on the notion of culture, this book presents a new perspective, which is what I want to share with you.


(Written by Mareshi Saito, Professor of Graduate School of Humanities and Sociology / 2018) 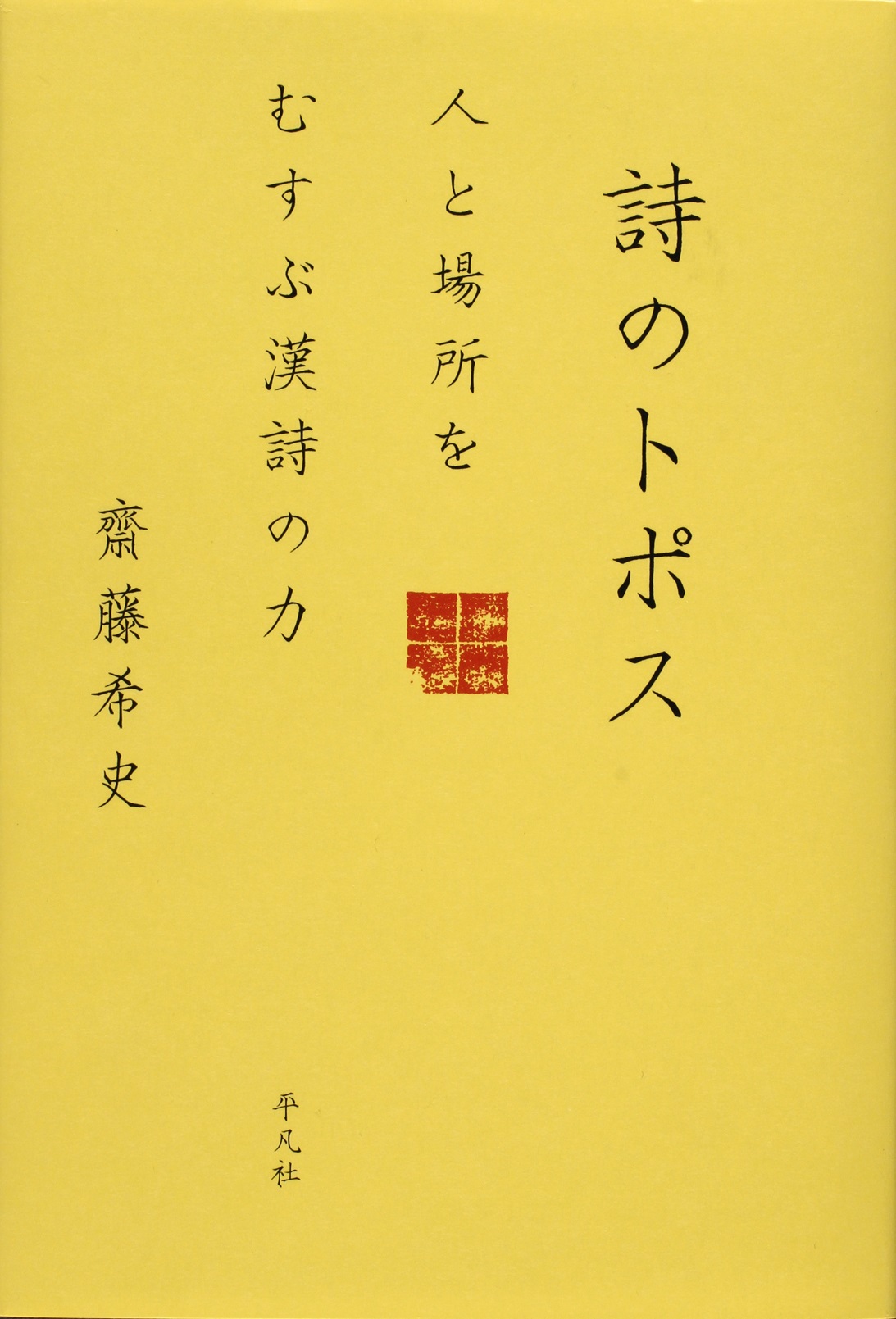