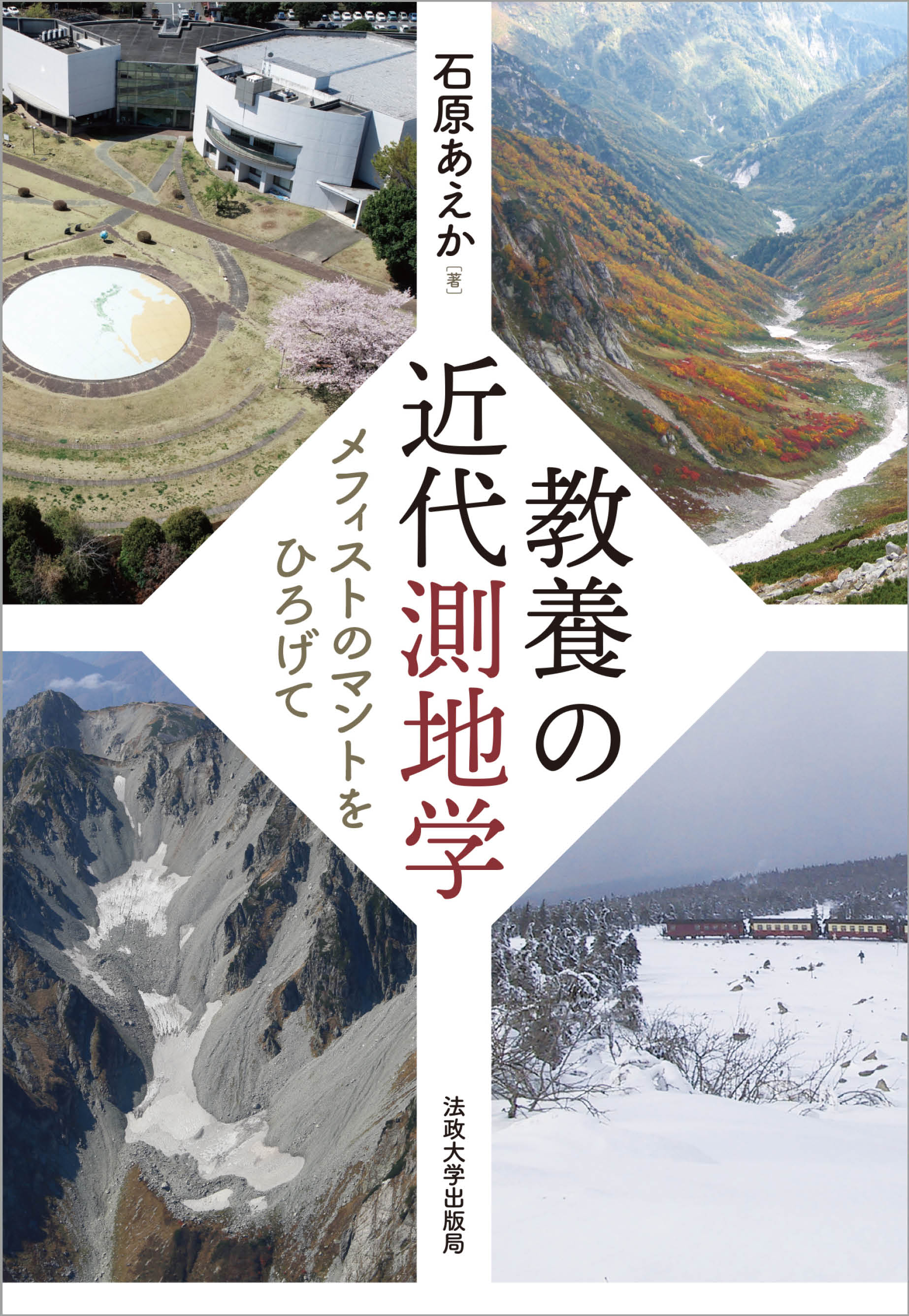 When writing a book, what I look forward to most is the time spent thinking about the book cover with my editor just before proofreading, which I consider to be the reward for writing a single-author book. While dressing a book up as best as I can before delivery to the reader is meant as a final parting gift to the book, as someone who loves “books on paper,” I also have a strong desire to use this adornment to its fullest to create a space for the story that I, myself, have written. To me, it is only after, sitting in front of a desk littered with color samples, I have taken ample time to decide on which colors to combine for the bookmark, endpaper, and other pages that I feel that my work as a writer has been completed. Below, I will attempt to introduce the book by describing its cover design, which there are few opportunities to discuss.

First, the paper cover features a series of photographs arranged from the upper left representing spring (cherry blossoms on the grounds of the Geospatial Information Authority of Japan), summer (the Mt. Tate glacier), fall (fall leaves on Mt. Tate), and winter (the Harz narrow gauge railway that forms part of the Brocken railway in Germany). The book contains approximately 250 black-and-white photographs and illustrations, including those of items in museums and libraries in Japan and abroad that I had taken myself. As the images were for publication, it was necessary to obtain permission to include them. Summer of 2020 was devoted entirely to this administrative work. Although this work was difficult, I was grateful that, in most cases, we were exempted from paying usage fees or only required to pay discounted usage fees. Of the images, there were 15 that could not be presented in anything other than in color. These were included as frontispieces. Of the remaining black-and-white images, we carefully selected four landscapes representing the seasons that we wanted the reader to also see in color. These were used on the front cover. Incidentally, for the main text, we used cream-colored paper selected by the editor, Mr. Gouma, that serves as a beautiful medium for the illustrations and is easy on the eyes.

For the front flap, we used a photograph of the unique Zeiss-stereoplanigraph C-4 made by Carl Zeiss AG, a German optics manufacturer with a deep connection to Johann Wolfgang von GOETHE (1749-1832). For the back cover, we selected the visual zenith telescope manufactured by Julius Wanschaff AG at the National Mizusawa VLBI Astronomical Observatory. The latter telescope, which was designated as a Japan’s Astronomical Heritage asset in March of 2021, is connected to Hisashi KIMURA (1870-1943), who appears in Chapter 3 of the book. While the photograph included in the text shows the telescope on display after it was decommissioned, the photograph on the back cover gives a sense of the telescope while it was in use.

Taking into consideration how the book will be displayed in libraries without a dust jacket or wrap-around band, and as an extra for map-loving readers, for the inside cover, we created a reddish-brown map design on a white background based on a 1:25000 map from the Rikuchi Sokuryo-bu (the Land Survey Department). Although use of a real map had been proposed at the time of publication of my previous book, this time around, we were able to do so without any problems thanks to the easing of restrictions by the Geospatial Information Authority of Japan. Whereas Ueno Park, Shinobazu Pond, the university hospital, and the Imperial University in the Hongo area remain unchanged, in the area where the Yayoi Campus (which is home to the agriculture department) stands today, one can still see the Dai-ichi High School; and, on Miyakezaka Hill near the Imperial Palace, one can still see the Imperial Japanese Army General Staff Office that was destroyed by an air raid in 1945. For the endpaper on the inside of the cover, we used black paper with flakes of mica that evoke images of rock deep inside the earth or faintly glimmering stars against a jet-black night sky; and, for the bookmark, we used a golden-brown ribbon to evoke the matte gold of measuring instruments used in the Meiji Era.

Speaking of adornment, the “Mephistopheles’ Cloak” in the book’s subtitle, which comes from Goethe’s Faust, refers to the appearance of various cloak-wearing characters in the book such as Matasaburo KAZENO (prototype for Kenji MIYAZAWA’s Matasaburo of the Wind) wearing a strange, grey cloak and Masao AKAGI (1887-1972) wearing a green cloak. The book takes you on a joyous journey through time in the world of geodesy with the “cloak of imagination” spread wide. 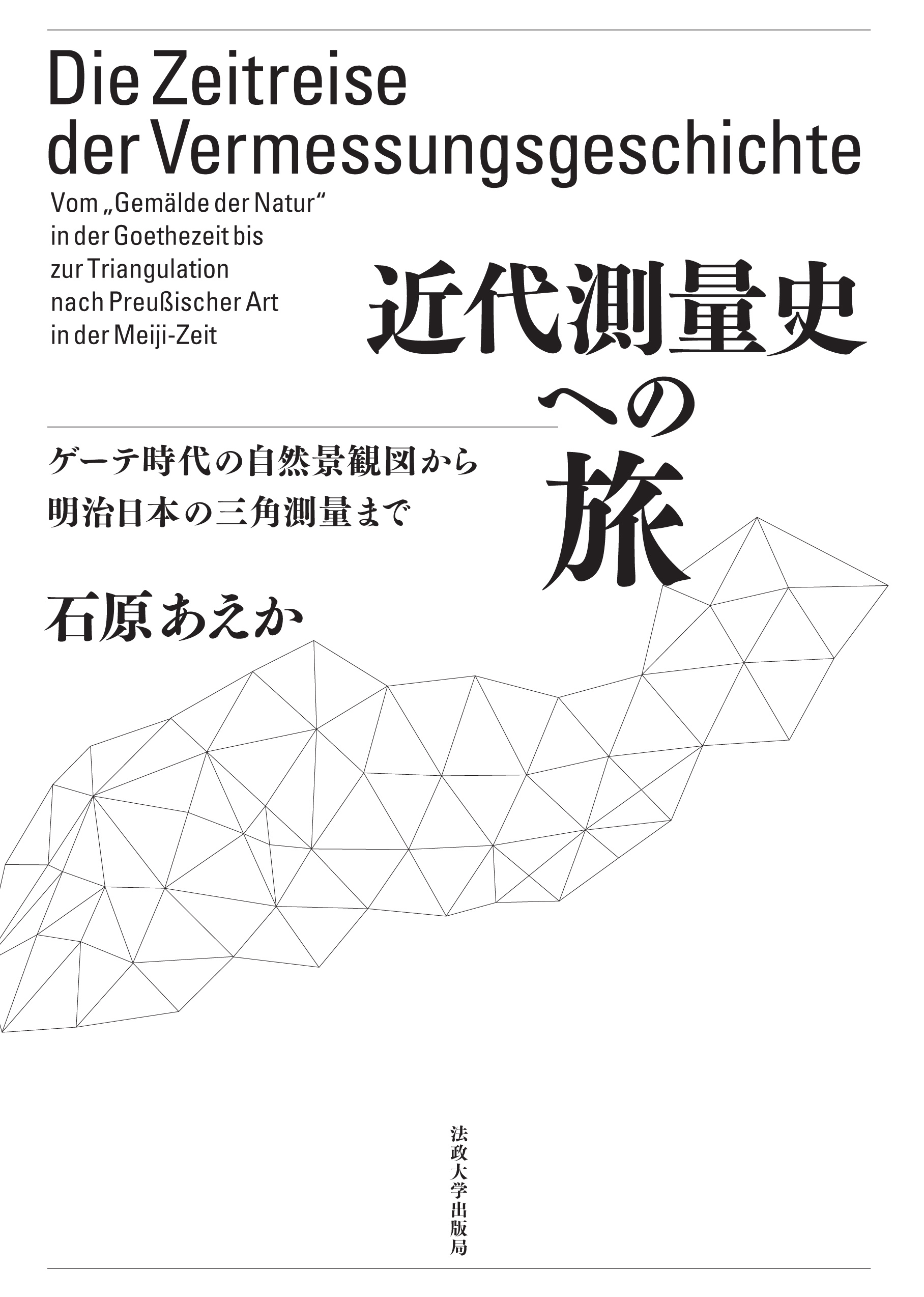