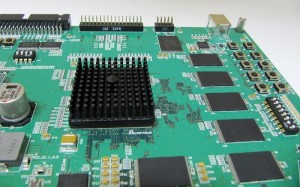 The research will be announced at the International Solid-State Circuits Conference (ISSCC 2012) to be held in San Francisco from 19 to 23 February 2012. The ISSCC is the authoritative forum for research in Solid State Circuits. It is a significant achievement that three papers have been adopted from the same group this year.

The research group has developed a 76%-reduced-error Solid-State Drive (SSD) with an extended lifetime over 10 times that of current SSDs. This error-prediction low-density parity-check (LDPC) error correcting code (ECC) scheme achieves both high reliability as well as a 7-times faster read. A new data retention time estimation scheme has also been created. Errors are most effectively corrected by calibrating memory data based on threshold voltage (VTH), inter-cell coupling, write/erase cycles, and data retention time. This error recovery scheme is also expected to reduce program disturb error by 76% and data retention error by 56%.

The integration of these results will make possible wireless SSD memory of capacities greater than 128Gbit, which if used in data centers could result in a ten-fold increase in processing speed and a 50 percent cut in power consumption compared to conventional hard disks. Products based on this technology are expected to have a significant impact on the one trillion yen global market for memory modules. In the future, this technology will be key to achieving battery-free large-capacity memory cards.