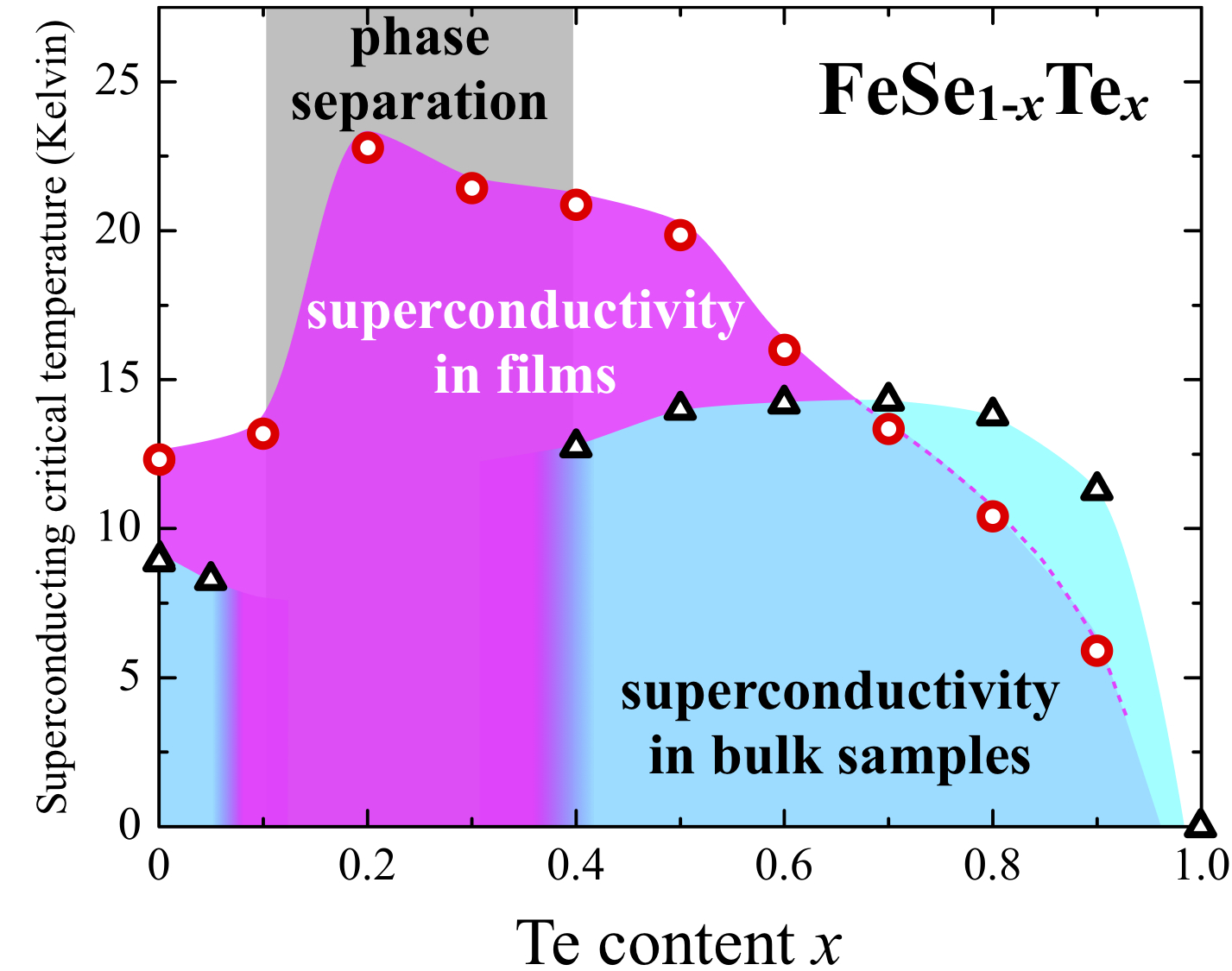 The research team of Assistant Professor Yoshinori Imai and Professor Atsutaka Maeda in the Department of Basic Science at the University of Tokyo Graduate School of Arts and Sciences have demonstrated a giant enhancement in superconducting critical temperature (the temperature at which a material enters a superconducting state) in iron chalcogenide. The critical temperature was increased from 15 Kelvin (-258 centigrade) to 23 Kelvin (-250 centigrade). These remarkable results were achieved by creating an iron chalcogenide film with a composition that was difficult to achieve with conventional manufacturing methods.

Iron chalcogenide is comprised of iron (Fe), tellurium (Te) and selenium (Se). Using conventional synthetic procedures, regions exist in which a single solid solution does not form, that is, regions are formed in which the ratio of selenium and tellurium are not constant (phase separation occurs). This was a significant obstacle to understanding the characteristics of the iron chalcogenide. The current research is a major breakthrough and has overcome this obstacle for the first time by creating an iron chalcogenide film.

This research was published online in the Early Edition of the journal Proceedings of the National Academy of Sciences of the United States of America on 2 February 2015.

Department of Basic Science, Graduate School of Arts and Sciences

Department of Integrated Sciences, College of Arts and Sciences