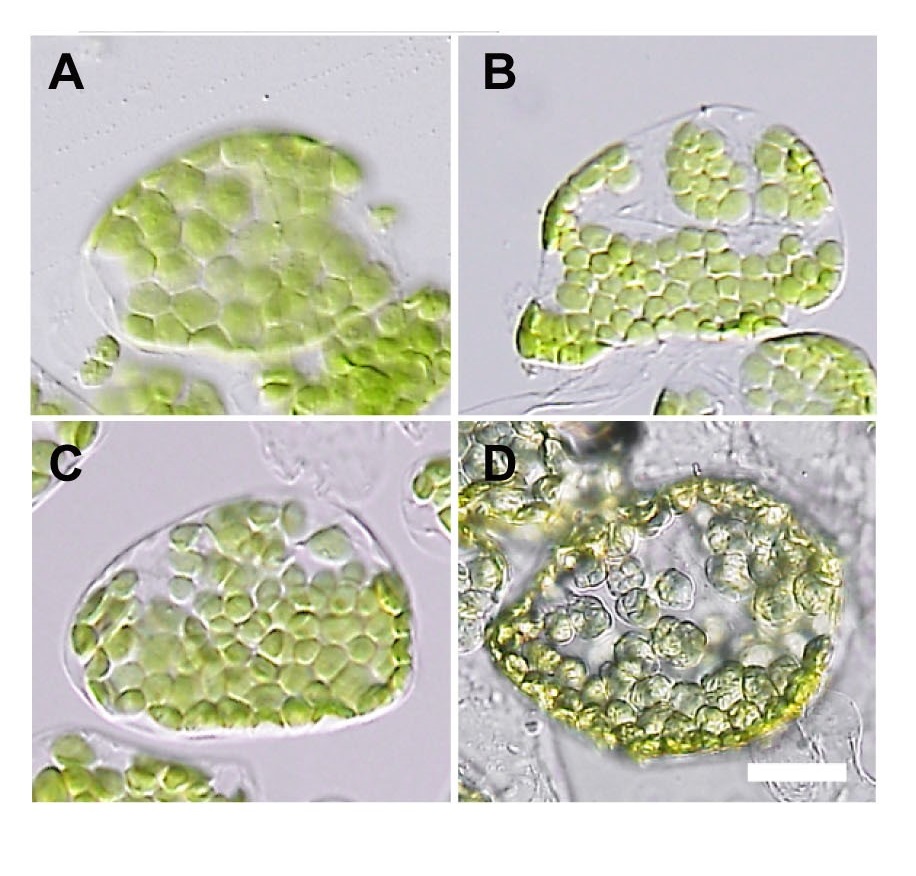 Researchers at the University of Tokyo and the National Institute of Genetics have found that the lipid phosphatidylinositol 4-phosphate (PI4P) binds solely to a region of a protein in the division apparatus responsible for the division of chloroplasts in plant cells.

Chloroplasts are essential plant organelles responsible for photosynthesis and many fundamental metabolic reactions. Chloroplasts are not formed newly within the cell, but multiply only by division of existing chloroplasts. It is well known that PI4P, a phosphorylated derivative of phosphatidylinositol, modulates fundamental cellular processes. Although the existence of PI4P in chloroplasts has been reported, little is known about its function or whether it is involved in chloroplast division.

The current research is a significant contribution to our understanding the basic mechanisms of plant growth and may lead to techniques for controlling the number and size of chloroplasts, enabling the development of crop varieties with varying sizes of starch granules.