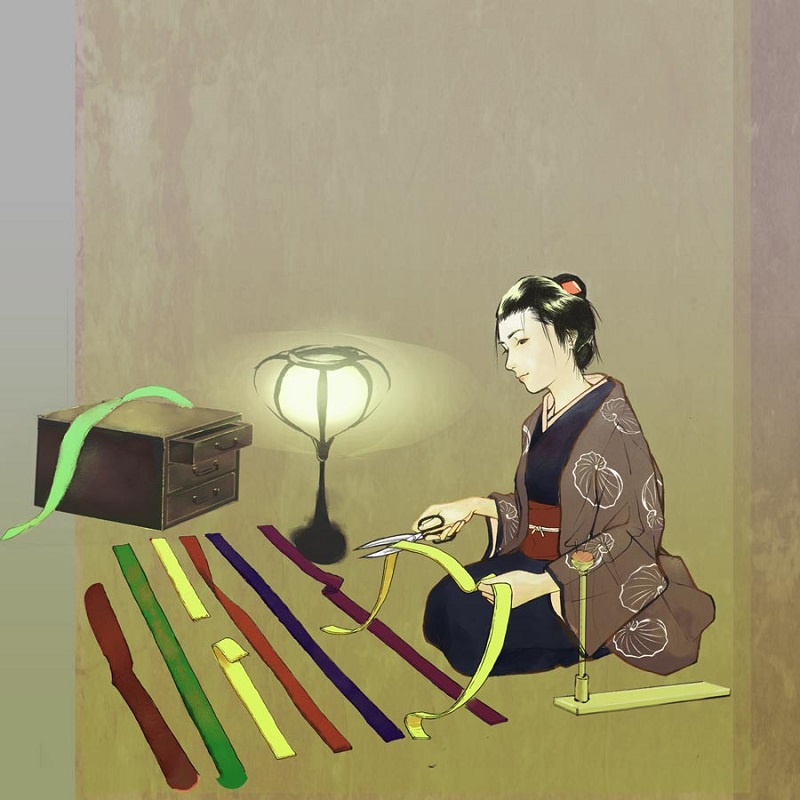 Shedding light on the single target cleavage reaction in RNAi
The target RNA cleavage reaction by the RNAi effector complex RISC was monitored in real time at the single-molecule level by using a special microscope. This illustration represents this process.
© 2015 Hachiro Hongo and Hisashi Tadakuma.

University of Tokyo and Kyoto University researchers have revealed the molecular mechanism of RNA interference (RNAi), the phenomenon by which the synthesis of a specific protein is inhibited, by real time observation of target RNA cleavage at the single-molecule level.

The phenomenon of RNAi is expected to find applications in medical treatments. RNAi is mediated by RNA-induced silencing complex (RISC), which contains a small RNA and an Argonaute protein at its core and cleaves the target RNA. However, there were no suitable tools to directly monitor the RNAi reaction and its molecular mechanism by which RISC cleaves the target RNA has remained unclear.

Now, a research group at the University of Tokyo (Professor Takuya Ueda, Professor Yukihide Tomari, Researcher Chunyan Yao and Research Associate Hiroshi M Sasaki,) and at Kyoto University (Researcher Hisashi Tadakuma), has developed a single-molecule imaging assay for observing target RNA cleavage by RISC in a test tube in real time for the first time, showing how RISC accurately cleaves and releases targets. Specifically, their obsercations provide direct evidence for the model that the small RNA in the RISC consists of two parts, one of which quickly binds to the target RNA to be cleaved, while the other proofreads that the correct RNA has been found.

This groundbreaking result reveals RISC’s molecular mechanism of action and the illustration of this process was adopted as the cover design of this issue of the journal. This achievement will also contribute to accelerating the research applications of RNAi such as to the development of RNA-based next-generation drugs, for example as gene therapy to suppress the production of a disease-causing protein.

Institute of Molecular and Cellular Bioscience

Lab of RNA Functions, Institute of Molecular and Cellular Biosciences