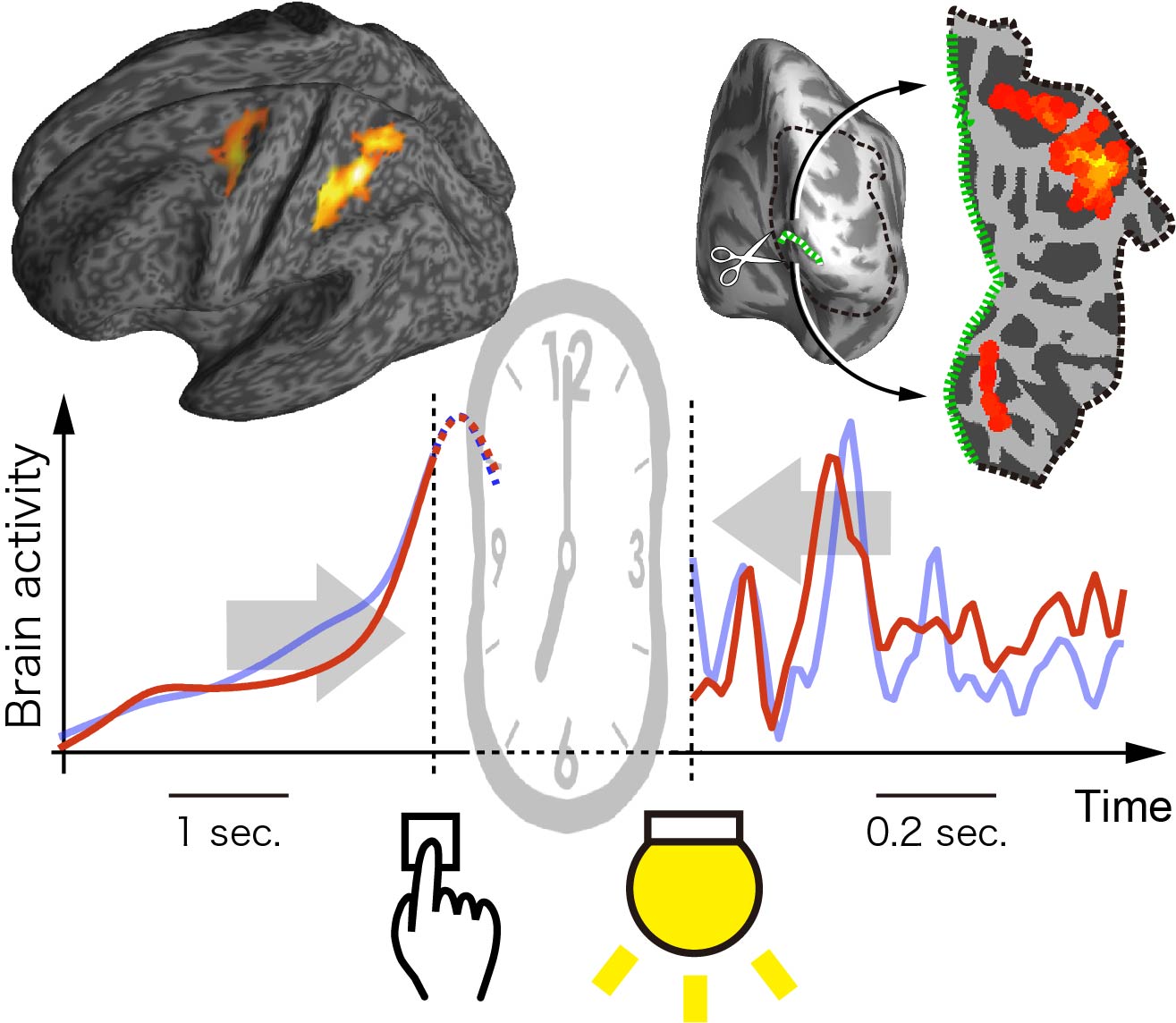 The time interval from when you flick the switch to when the light goes on in a room can be considered more or less constant. In a familiar room such as our own, we hardly perceive such constant time intervals, which we’ve experienced many times. However, in a room we’re entering for the first time, we perceive the interval distinctly, even if it is in fact the same as that in our room. We also perceive the interval as being shorter when we turn on the switch on our own volition rather than when forced to do so by someone else. These effects that our adaptation to a temporal delay or that our intention has on making our perceived interval seem shorter than it actually is are well-known phenomena in psychology. However, scientists know very little about how our brain activity changes when such time-interval compression occurs in our mind.

A research group led by Professor Hiroshi Imamizu at the Graduate School of Humanities and Sociology at the University of Tokyo investigated brain activity corresponding to this psychological phenomenon by using both magnetoencephalography, to attain a high temporal resolution, and functional magnetic resonance imaging, to achieve a high spatial resolution. The group found that, although the timing of turning on the light switch did not change, the readiness potential, or the brain activity tied to action preparation, was temporally delayed when the perceived interval appeared shorter than the actual one. Moreover, the researchers found that, conversely, the timing of the visually evoked potential, the brain activity summoned when turning on of the light, got pushed forward. This suggests that the timing of brain activity related to preparing an action and activity related to perceiving the action’s outcome shift as if by attracting each other, and that such shifts of brain activity cause psychological time compression.

The psychological time interval between an action and its outcome affects the sense of control for operating many devices. Impairments in the brain mechanism binding action with its outcome are known to cause a kind of hallucination in psychiatric disorders. The current study’s results are expected to contribute not only toward developing devices giving users a satisfactory feeling of control, but also elucidating neural mechanisms that recognize a relationship between the self and the external environment.

"There remain a lot of phenomena that are well known in psychology but whose neural mechanisms are unknown in brain sciences," says Imamizu. He continues, "By bridging psychology and brain sciences, we will elucidate enigmas of the mind-brain relationship."

Inquiries about the content of this page: Graduate School of Humanities and Sociology / Faculty of Letters