An international research team led by Naritoshi Kitamura at the University of Tokyo demonstrated that distinct populations of particles in Earth’s magnetosphere exchange energy through electromagnetically induced plasma waves. This research contributes toward knowledge about this environment roughly 60,000 kilometers above, where many satellites orbit.

High above the Earth the Magnetospheric Multiscale (MMS) spacecraft, four identical satellites, currently orbit our planet every few days as they travel in a tight formation. At an altitude of about 1,000 km to several thousand kilometers, their elliptical orbit takes them through various regions of space around the Earth. The spacecraft measure a variety of phenomena associated with a key region known as the magnetosphere, where the Earth’s magnetic field controls the behavior of charged particles.

Kitamura and his team analyzed data from the satellites to learn more about how energy transfers between particles within the magnetosphere without direct contact. They observed how energy from free hydrogen nuclei was transferred to helium ions, which accelerated them.

“To measure these ions we mainly used instruments on the MMS spacecraft called Fast Plasma Investigation Dual Ion Spectrometers, which were built in Japan,” said Kitamura, a researcher at the Department of Earth and Planetary Science in the Graduate School of Science. “The instruments have a wide field of view and high temporal resolution; when combined with data from other instruments, they allow us to see how energy transfers between ion populations.”

In this case energy was seen to transfer between ions by way of waves called electromagnetic ion cyclotron waves. These are also known to interact with high-energy free electrons known as satellite-killer electrons in radiation belts. For the sake of present and future space technology, it is important to understand more about various types of wave-particle interactions up there. 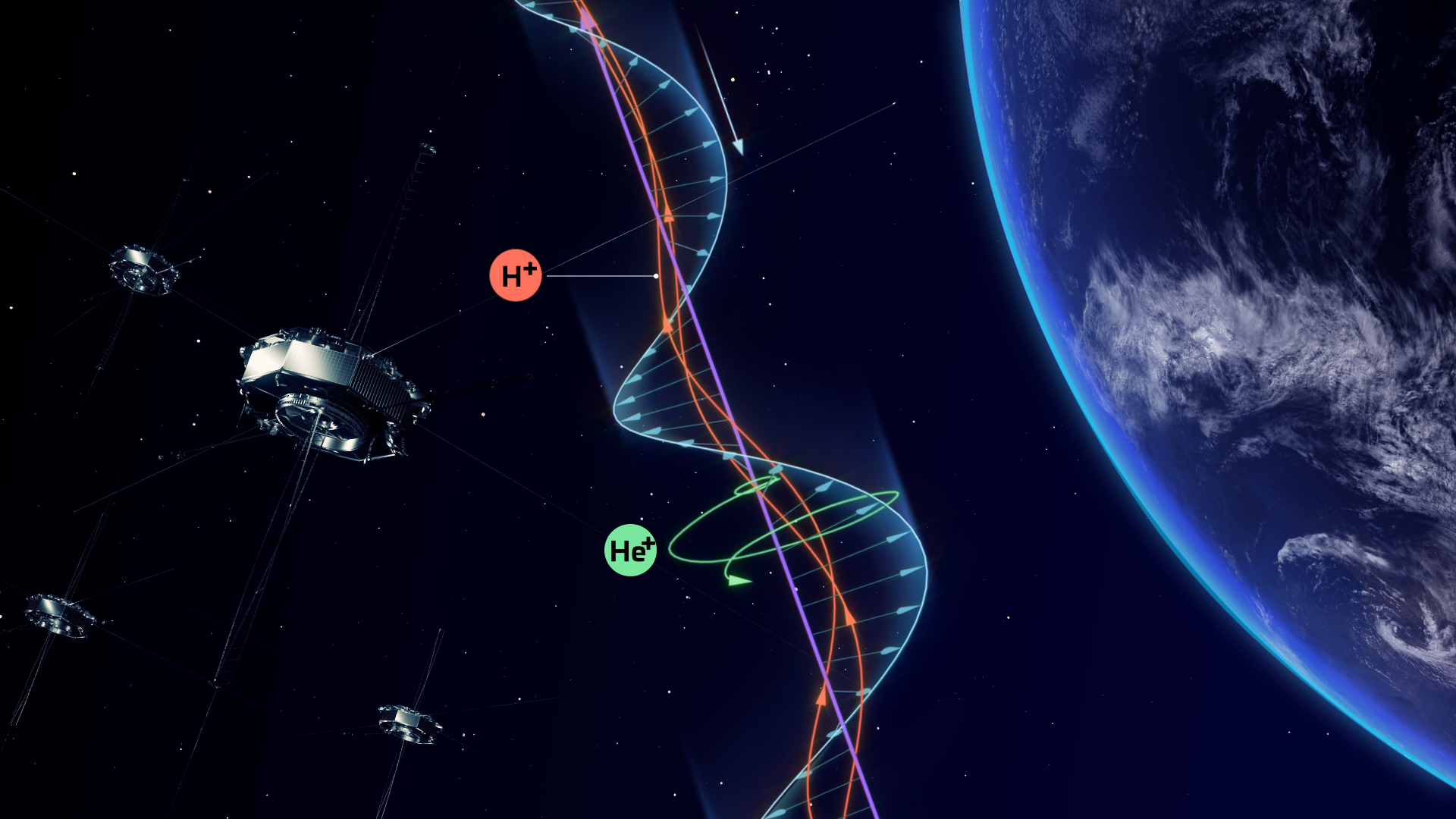