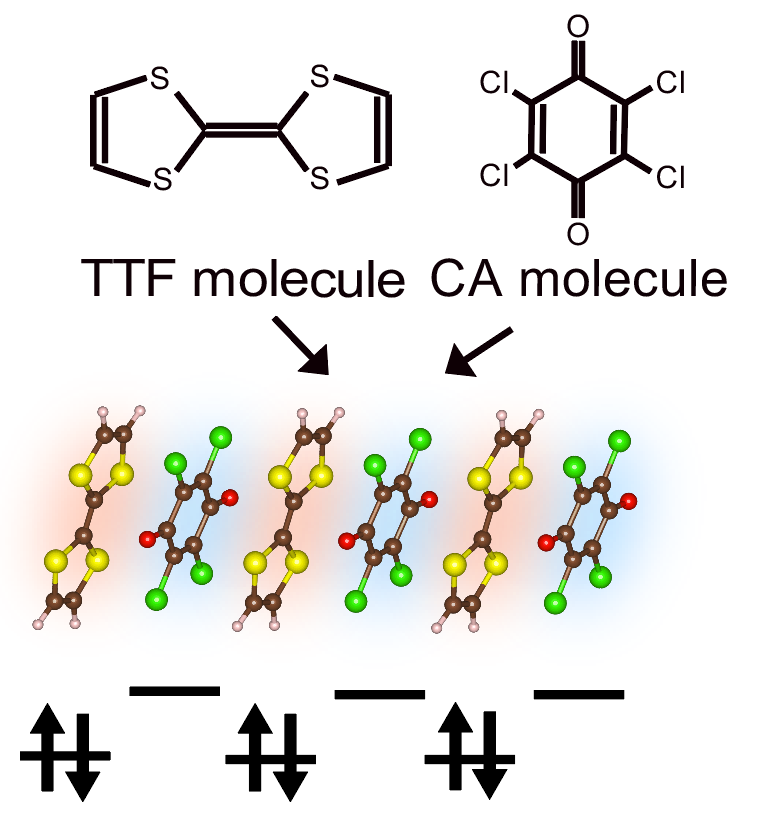 Researchers discovered that a special kind of organic material conducts electric current far more effectively than was expected. This result led to the conclusion that the sample possesses an entirely new mechanism for electrical conduction. One possible application of this area of research is improved thermoelectric devices, components which generate electricity from heat.

In the race to make electronic devices more efficient and provide greater functions, an area of research that sparked a flurry of exploration and investigation is that of topological materials. These have exotic electronic properties so do not behave as ordinary conductors, insulators or semiconductors, and they are described by a branch of mathematics known as topology. But what makes these topological materials so interesting?

“In a specially created sample material, we explored a particular manifestation of topology called a domain wall,” said Ryosuke Takehara, then a researcher from the Department of Chemistry. “In our material, topological domain walls transport electric current and not electrons like in most conductors. What’s really interesting to us is that these domain walls are very robust and maintain their properties, even as the sample undergoes different kinds of disturbances such as deformation of its lattice structure.”

The researchers concluded that a new mechanism for conduction was at play thanks to a painstakingly detailed analysis of the substance — tetrathiafulvalene-p-chloranil (TTF-CA). They explored how the electrical resistance of TTF-CA varied with pressure and temperature. Pressure was controlled finely, and its value monitored accurately to analyze the electrical resistance data. The researchers also investigated correlation between the conduction and magnetism of TTF-CA with a technique called nuclear magnetic resonance.

“To perform these kinds of measurements takes considerable time, care and effort,” explained Takehara. “However our measurements confirmed our initial hypothesis, that domain walls in TTF-CA are responsible for electrical conduction. We hope this could lead to new and improved ways to generate small amounts of electrical power. For example, in thermoelectric generators, which create an electric current in the presence of a temperature gradient.”