Researchers are a step closer to realizing a new kind of memory that works according to the principles of spintronics which is analogous to, but different from, electronics. Their unique gallium arsenide-based ferromagnetic semiconductor can act as memory by quickly switching its magnetic state in the presence of an induced current at low power. Previously, such current-induced magnetization switching was unstable and drew a lot of power, but this new material both suppresses the instability and lowers the power consumption too.

The field of quantum computing often gets covered in the technical press; however, another emerging field along similar lines tends to get overlooked, and that is spintronics. In a nutshell, spintronic devices could replace some electronic devices and offer greater performance at far low power levels. Electronic devices use the motion of electrons for power and communication. Whereas spintronic devices use a transferable property of stationary electrons, their angular momentum, or spin. It’s a bit like having a line of people pass on a message from one to the other rather than have the person at one end run to the other. Spintronics reduces the effort needed to perform computational or memory functions.

Spintronic-based memory devices are likely to become common as they have a useful feature in that they are nonvolatile, meaning that once they are in a certain state, they maintain that state even without power. Conventional computer memory, such as DRAM and SRAM made of ordinary semiconductors, loses its state when it’s powered off. At the core of experimental spintronic memory devices are magnetic materials that can be magnetized in opposite directions to represent the familiar binary states of 1 or 0, and this switching of states can occur very, very quickly. However, there has been a long and arduous search for the best materials for this job, as magnetizing spintronic materials are no simple matter. 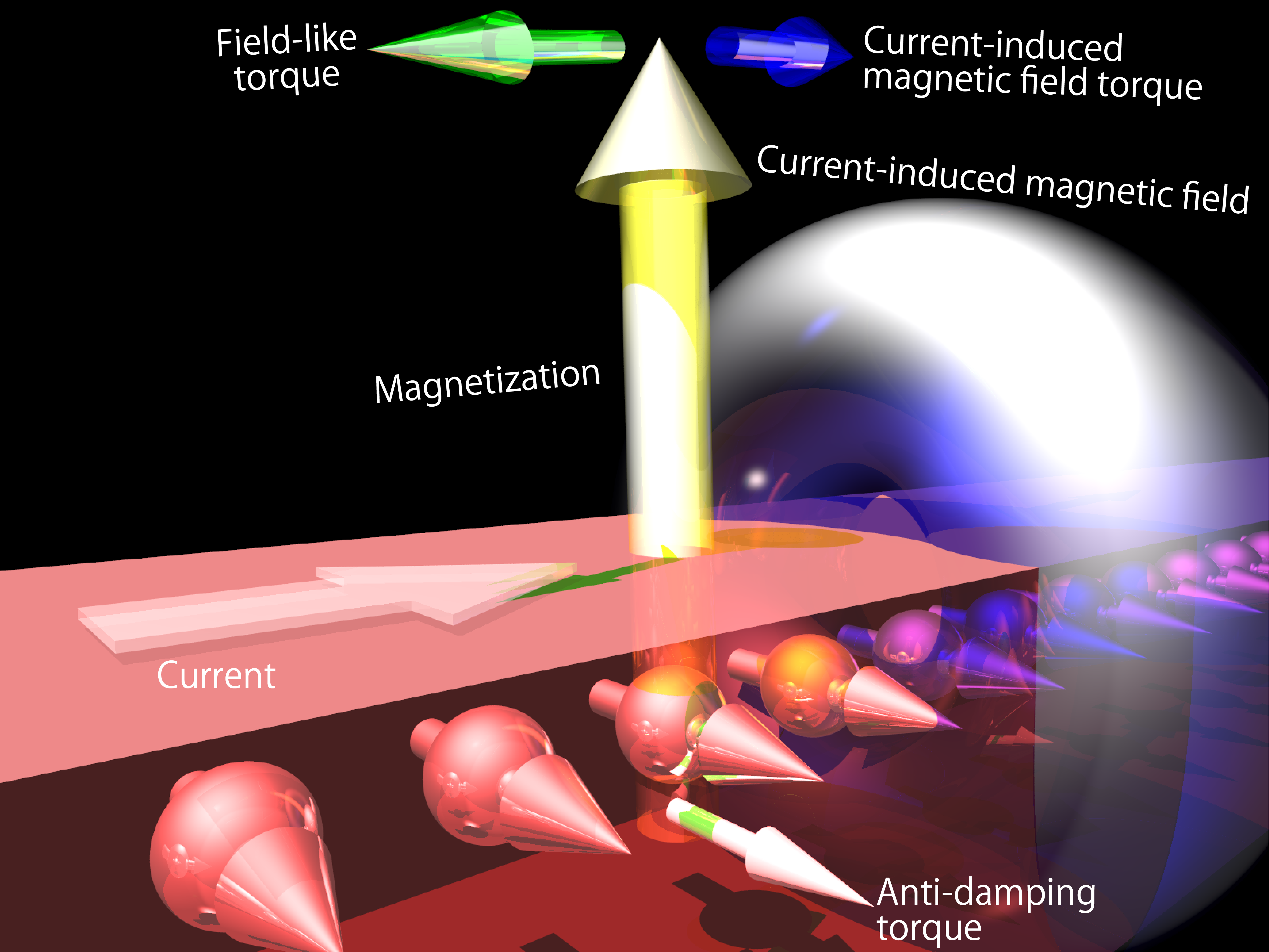 “Magnetizing a material is analogous to rotating a mechanical device,” said Associate Professor Shinobu Ohya from the Center for Spintronics Research Network at the University of Tokyo. “There are rotational forces at play in rotating systems called torques; similarly there are torques, called spin-orbit torques, in spintronic systems, albeit they are quantum-mechanical rather than classical. Among spin-orbit torques, ‘anti-damping torque’ assists the magnetization switching, whereas ‘field-like torque’ can resist it, raising the level of the current required to perform the switch. We wished to suppress this.”

Ohya and his team experimented with different materials and various forms of those materials. At small scales, anti-damping torque and field-like torque can act very differently depending on physical parameters such as current direction and thickness. The researchers found that with thin films of a gallium arsenide-based ferromagnetic semiconductor just 15 nanometers thick, about one-seven-thousandth the thickness of a dollar bill, the undesirable field-like torque became suppressed. This means the magnetization switching occurred with the lowest current ever recorded for this kind of process.