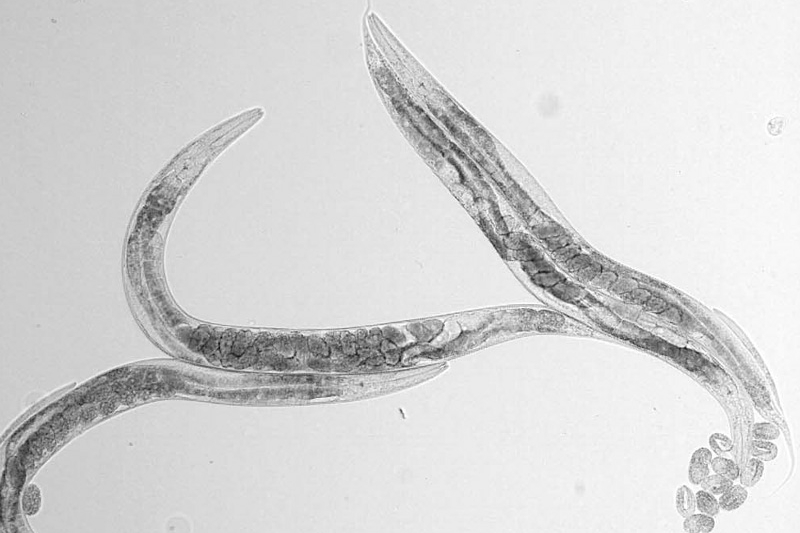 A protein that moves chloride ions across cell membranes can affect food-based learning in nematode worms. Fundamental research like this is essential to understanding similar proteins in humans, which have been implicated in neurological and muscular diseases.

Classic experiments in the 1890s documented the “Pavlovian response” of dogs learning that the ring of a bell means they’re about to be fed and then beginning to drool whenever they hear the sound. Nematode worms are also able to learn environmental cues to anticipate their preferred food, bacteria.

The nematodes, C. elegans, are 1 millimeter long and interact with the world by detecting chemicals through taste or smell. In the recently published experiments, researchers made one side of a plate salty and the other side plain. Although salt concentration does not naturally relate to the presence of bacteria, nematodes can learn that they should wriggle towards or away from salty areas to find a meal depending on where researchers regularly place the food.

“With a simple nervous system consisting of only 302 neurons whose connections are all fully described, C. elegans is capable of behaviors based on learning and memory,” said Professor Yuichi Iino, who leads the lab where the research was performed in the Department of Biological Sciences.

Scientists have previously uncovered many of the molecular signaling pathways controlling this learned behavior to move towards or away from chemicals in the environment, known as chemotaxis. Essential for salt chemotaxis behavior are proteins called chloride channels, tunnels through the cell membrane that let chloride ions into or out of the cell. However, the scientific community had not previously uncovered how changes in chloride channel activity can alter nerve cell activity and allow the nematodes to learn.

To make their discovery, the UTokyo research team screened thousands of nematodes to identify individuals who showed problems with chemotaxis learning. Researchers then did genetic testing to identify potential causes for the worms’ dysfunctional chemotaxis.

“It took an extremely long time to finish this work — probably seven years after identifying the gene. The major hurdle to overcome was characterizing the nature of the mutations, that is, how the mutations changed the function of the protein,” said Associate Professor Hirofumi Kunitomo, last author of the recent research publication.

There are multiple types of chloride channels in nematodes and some of those channels are very similar to ones found in humans and other animals. The genetic mutations that the researchers found were specifically in the chloride channel known as CLH-1. The mutations did not stop normal function, but appear to subtly increase CLH-1 channel activity. This increased activity brings more chloride ions into cells.

When CLH-1 was mutated and had more activity, the nerve cells responsible for detecting salt had weaker responses.

“We cannot yet fully explain why or what changes in channel activity cause smaller neuron responses,” Kunitomo commented.

Researchers hope that continued studies on food-seeking behavior in nematodes can eventually lead to improved understanding of genetic diseases caused by chloride channel dysfunction in humans, including neurological disorders like leukodystrophy and neuromuscular disorders like myotonia.

This peer-reviewed experimental study in animals was published in the academic journal eLife. 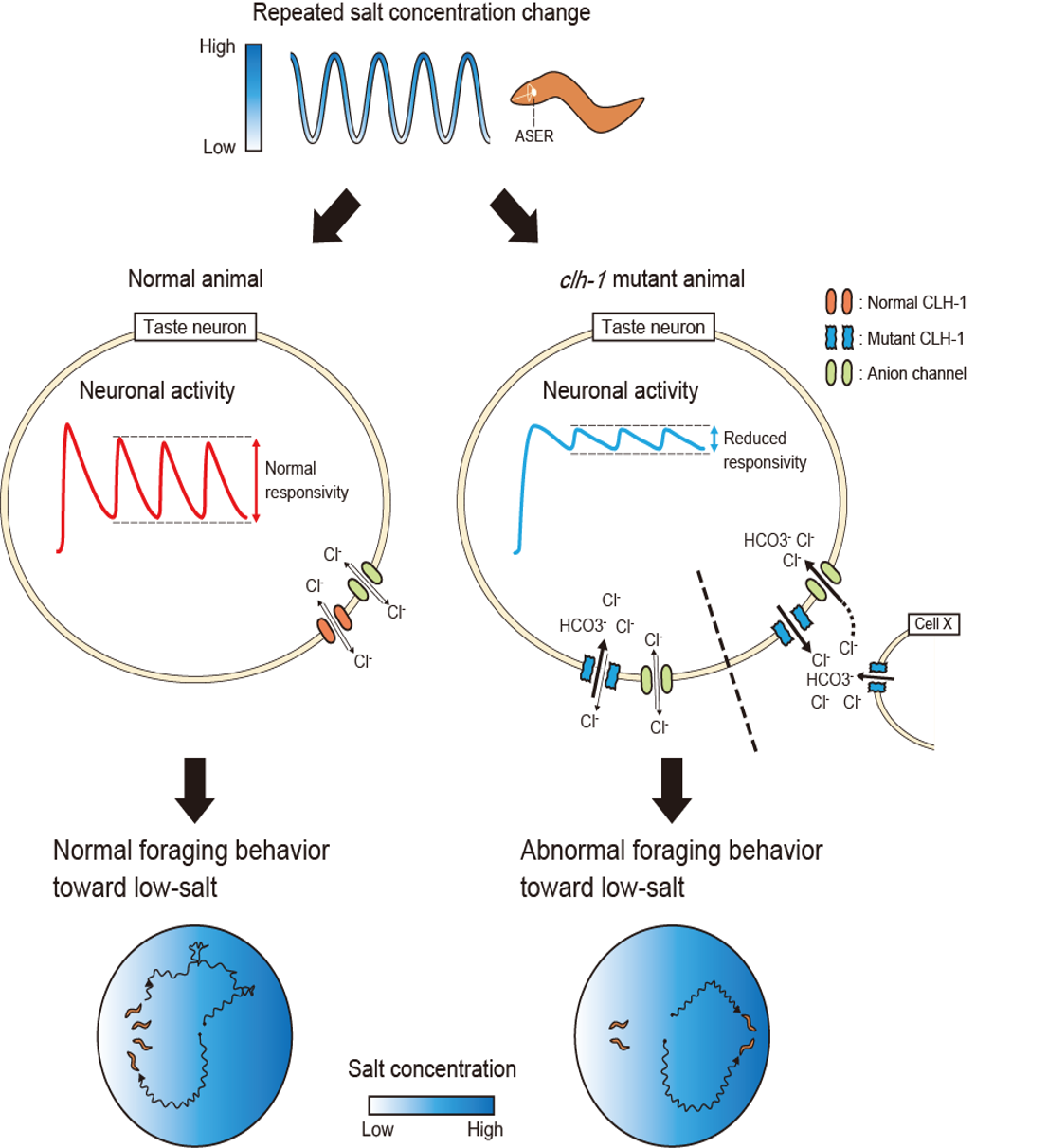