Chemical analyses from Antarctic lakes reveal for the first time some ancient glacial melting events took place around 4,100 years ago. Evidence suggests the melting resulted from changing ocean currents at that time. This research could aid climate scientists in their predictions of how current climate trends could affect Antarctica.

Human-induced climate change has disrupted many of the worlds environmental systems. The better these changes can be understood, the better society will be at adapting to them. For this reason, Project Researcher Adam Sproson, Professor Yusuke Yokoyama and the rest of their team from the Atmosphere and Ocean Research Institute at the University of Tokyo study Antarctica, which plays a vital role in controlling planetary climate.

In their latest study, the team used chemical analyses of sediments from lakes in Antarctica to reconstruct how ice sheets close to Showa Station, the permanent Japanese research base there, evolved over the last 6,000 years. They discovered a period when ice sheets shrank between 4,100 and 3,600 years ago, likely part of an Antarctic-wide melting event.

“This was potentially caused by the incursion of warm oceanic waters close to the Antarctic coast linked to a reorganization of atmospheric currents at that time,” said Sproson. “Our evidence comes from different concentrations of beryllium isotopes, which vary with the age of sedimentary layers beneath the Antarctic surface.”

Several meters of sediment were collected as cylindrical cores using a drilling machine called a push-corer from two Antarctic lakes during the 47th Japanese Antarctic Research Expedition in 2006. Samples along the core underwent radiocarbon measurement to determine the age of the core. New methods were developed for the chemical extraction of beryllium isotopes (10Be and 9Be) which were then measured by mass spectrometers, apparatus that reveal chemical signatures within samples, at the University of Tokyo.

The beryllium isotopes were used to interpret past glacial history. This allowed the researchers to create a temporal reconstruction of ancient Antarctica, charting the loss of ice over time. Some of the area investigated is not well studied and so is easily overlooked when modeling future sea-level rise. But as the Antarctic ice sheets contain enough freshwater to raise sea levels by over 50 meters, details of this region are extremely important.

“This was the first time our group has developed this particular geochemical method, so each step was nerve-racking,” said Sproson. “However, as we got meaningful results, this quickly turned to intrigue and excitement as we slowly unveiled a record of Antarctic climate change over the last 6,000 years.” 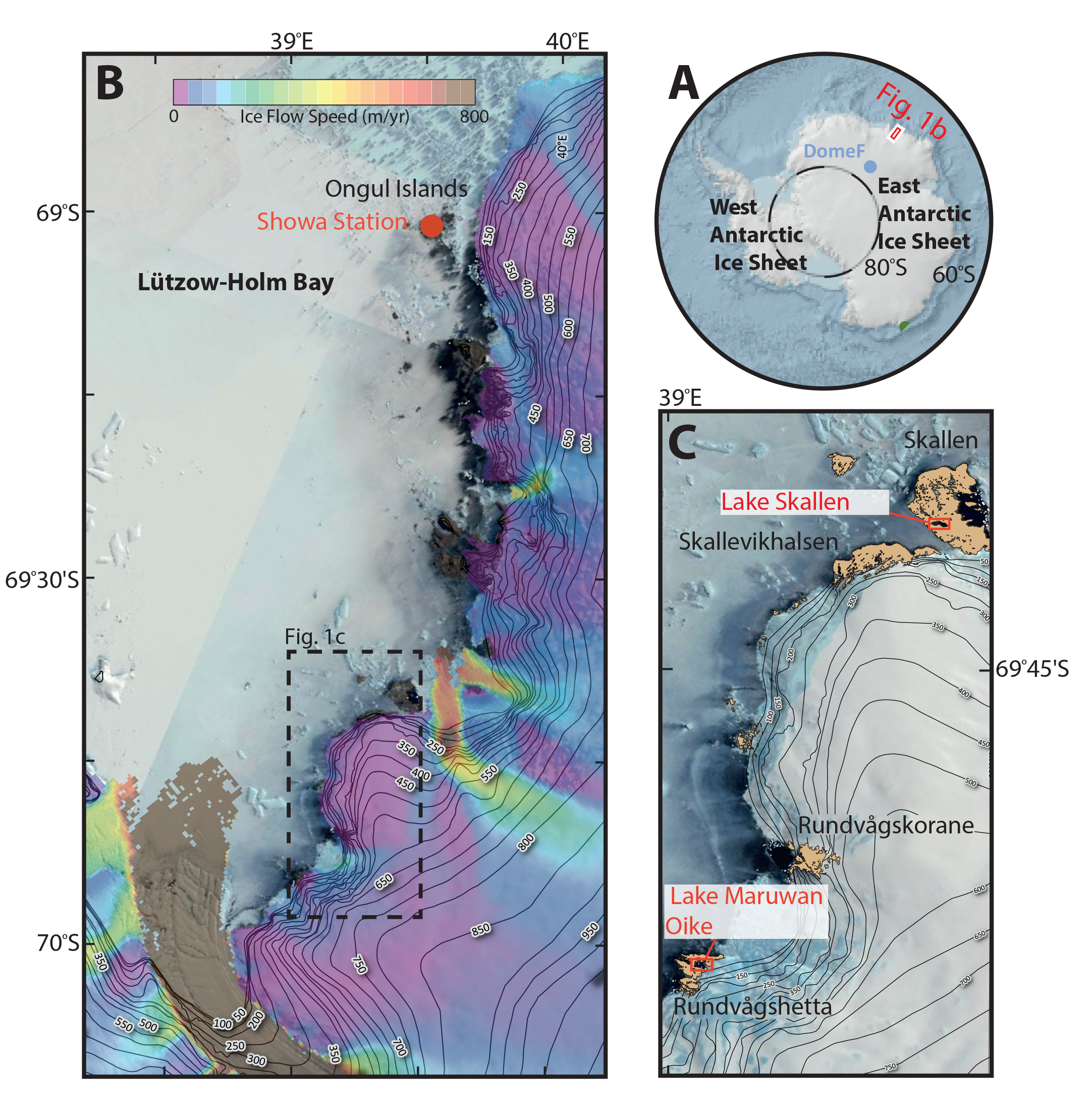