Followed by the University of Tokyo Orchestra’s performance of the first movement of “Divertimento in D major, K. 136” by Wolfgang Amadeus Mozart, the ceremonies began as the president, the executive vice presidents, deans of the Graduate Schools and directors of the Institutes ascended to the stage in their academic gowns.

The ceremonies opened with President Gonokami awarding diplomas to graduates representative of each Graduate School. President Gonokami then gave a speech to the audience, and two representative graduates (Ms. Rie (Fukui) Kotani from a Doctoral degree program of the Graduate Schools for Law and Politics in the first ceremony and Ms. Moe Moe Thandar from a Doctoral degree program of the Graduate School of Medicine in the second ceremony) made addresses in reply on behalf of the entire graduating class, after which the ceremonies were concluded. 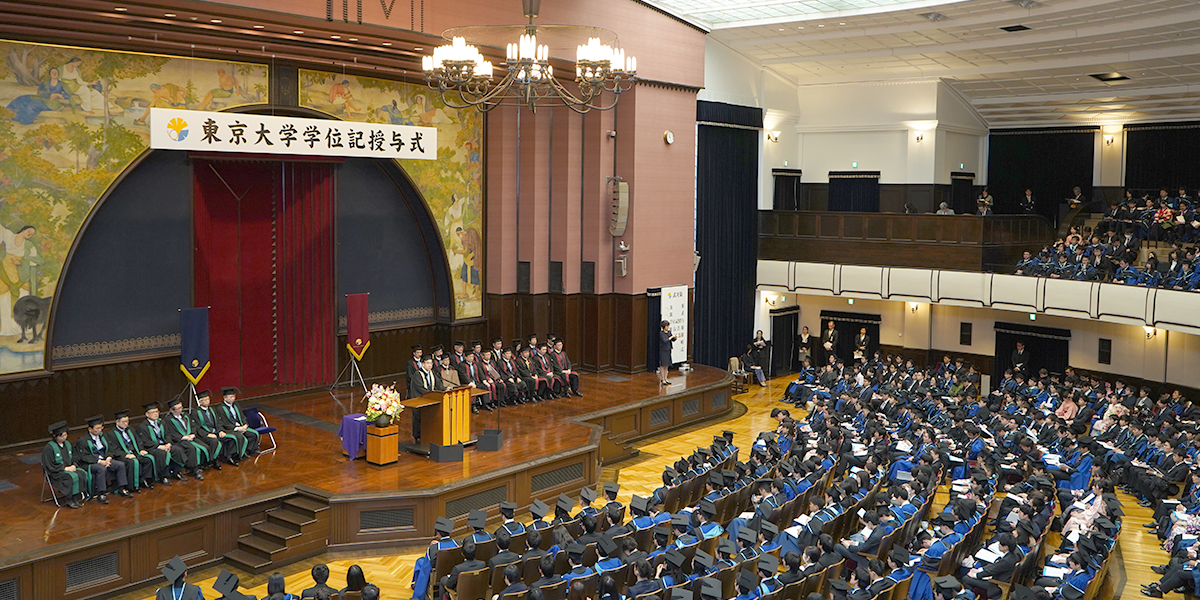