The University of Tokyo AY 2019 Spring undergraduate matriculation ceremony was held at the Nippon Budokan on the morning of Friday, April 12th.

Approximately 3,100 new students and 5,600 of their family members (over 8,700 people in total) attended the ceremony.

Prior to the ceremony, the Athletic Foundation’s Cheer Squad entertained the attendees with spirited cheer routines, followed by the University of Tokyo Orchestra’s rendition of Richard Wagner’s “Die Meistersinger von Nürnberg Overture.” President Makoto Gonokami, the executive vice presidents, deans of the Faculties and Graduate Schools and the directors of University Institutes then advanced towards the stage, along with special guests Emeritus Professor Chizuko Ueno, chief director of the NPO Women's Action Network (WAN); and Mutsutake Otsuka, chairman of the UTokyo Alumni Association.

The ceremony began with the singing and musical performance of the University of Tokyo’s signature song, “Oozora to (With the Open Sky)” by the Orchestra, male chorus group Chor Akademie, and female chorus group Coro Letizia. President Gonokami then addressed the audience, followed by a speech from Dean of the College of Arts and Sciences Kunihiro Ohta. Dr. Ueno then gave a celebratory message to the new students and their families. Next, Mr. Yuma Nagatani, a student in the College of Arts and Sciences (Natural Sciences III), took an oath on behalf of the entire incoming class. The ceremony concluded with the musical performance and singing of another prominent University song, “Tada Hitotsu (The Only One),” led by the Cheer Squad and performed by everyone in attendance, including the new students. 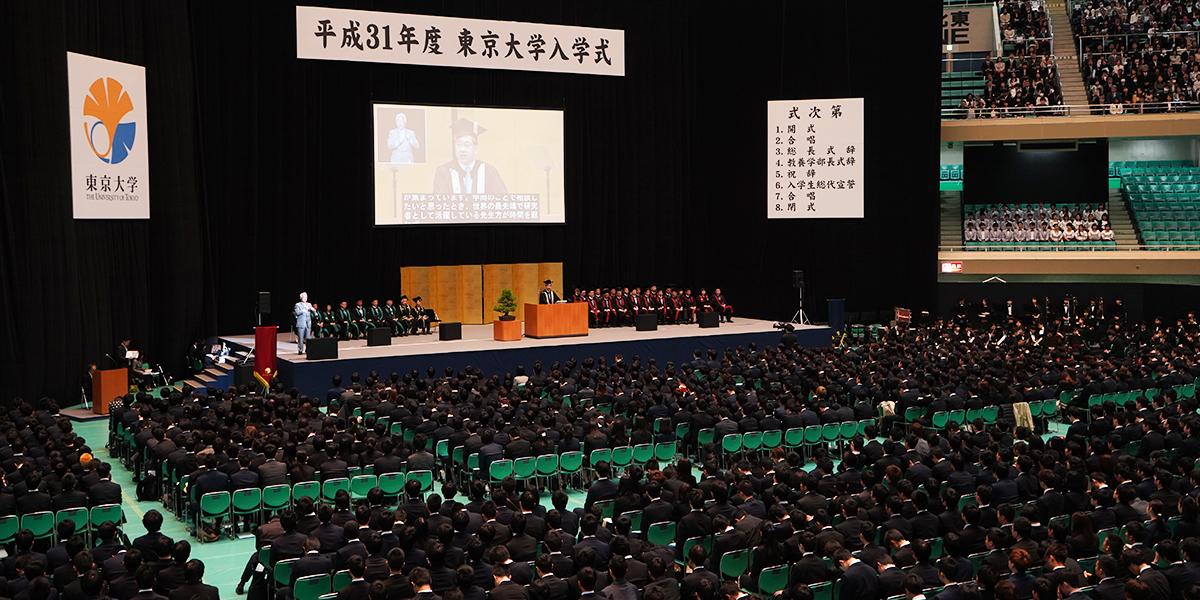