The University of Tokyo 2019 Autumn Semester Matriculation Ceremony was held at Yasuda Auditorium on Friday, September 20, 2019.

The ceremony began at 10:00 a.m. with the University of Tokyo Orchestra's rendition of the “Divertimento in D major, K. 136” 1st mov. by Mozart. President Makoto Gonokami, the executive vice presidents, deans of the Faculties and Graduate Schools and the directors of University Institutes then ascended to the stage in their academic gowns. The ceremony continued with a speech from President Gonokami addressed to new students, followed by a speech from Dean of the Graduate School of Medicine Nobuhito Saito. Two new students (Mr. Zha Chenghan, a Doctoral student from the Graduate School of Mathematical Sciences, and Ms. Mahi PATKI from the College of Arts and Sciences) then read the pledges on behalf of the entire incoming students. The ceremony concluded with the singing of the University of Tokyo songs, “Oozora to” by male choir Chor Akademie and female choir Coro Letizia, and “Tada hitotsu” by everyone in attendance. 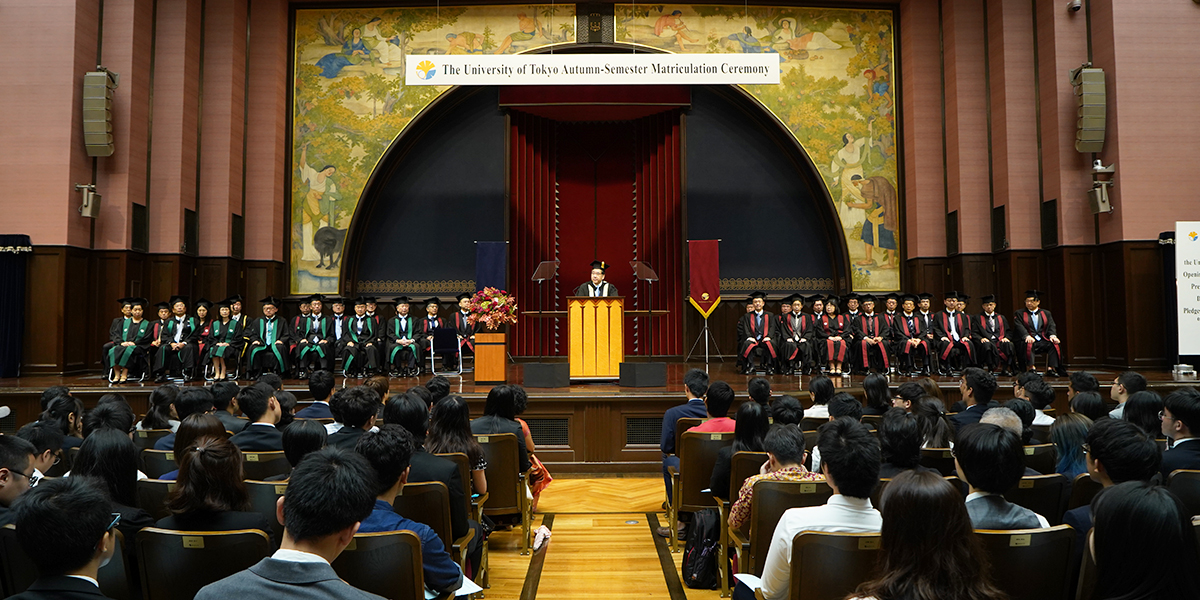