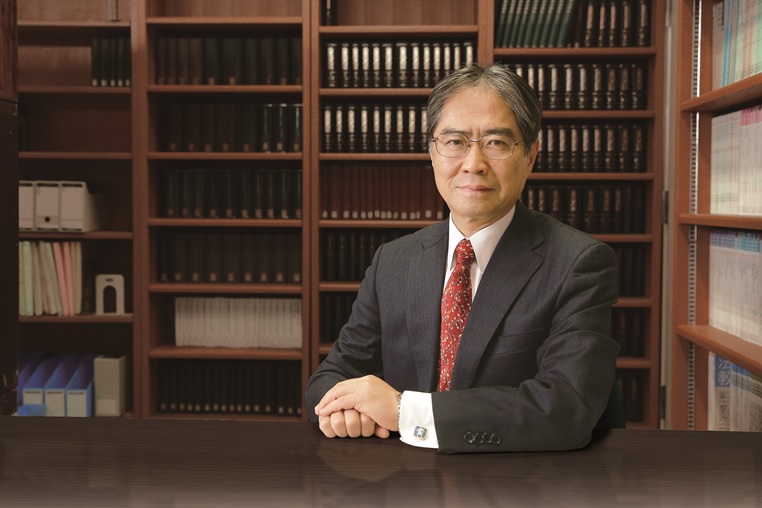 Professor Yuji Iwasawa of the University of Tokyo’s Graduate Schools for Law and Politics was elected as a judge to the International Court of Justice (ICJ) by the United Nations on June 22. Professor Iwasawa, an expert in international law, was nominated by the Japanese national group of the Permanent Court of Arbitration as the candidate to succeed ICJ Judge Hisashi Owada of Japan, who had announced his resignation earlier in the year.

Professor Iwasawa becomes the fourth Japanese judge to serve on the ICJ, after Kotaro Tanaka, Shigeru Oda and Owada. He is the first active UTokyo faculty member to be selected.

The International Court of Justice was established in 1945 with the mission of peacefully settling disputes between states according to international law. (Its predecessor was the Permanent Court of International Justice, created in 1921 by the League of Nations.) Composed of 15 independent and impartial judges, the ICJ is the principal judicial organ of the U.N., and its rulings and opinions carry a high level of authority. The ICJ differs from judicial bodies specializing in specific areas, and is the only international judicial organization of a universal character with general jurisdiction.

Professor Iwasawa’s election to the ICJ signifies international recognition for his highly regarded research achievements in international law and considerable experience as a practitioner in this field, including as chairperson of the United Nations Human Rights Committee and a judge of the Asian Development Bank Administrative Tribunal.

With “an institution that serves the global public” being one of the tenets in The University of Tokyo Charter, Professor Iwasawa’s achievement embodies this principle.

The UTokyo community wishes Professor Iwasawa much continued success in the future.