Tweet
The Fourth UTokyo Global Advisory Board Meeting was held online on November 12th (Thursday) and 13th (Friday) (Japan Standard Time). Due to time differences, the board members were divided into two groups, while the organization, management, as well as the contents for both days were the same. A total of 28 board members from Japan and overseas (18 on the first day, 10 on the second), President Gonokami, Executive Vice President Shirahase and other members of the university’s senior leadership attended the meeting. The theme for this meeting was "New Challenges and Opportunities for Higher Education in the Post-COVID-19 World and UTokyo Beyond 2020".

To begin, President Gonokami gave a presentation entitled "The University of Tokyo Beyond 2020". In this presentation, he introduced both the Tokyo College and the Center for Global Commons, whose establishment benefitted from discussions in past board meetings, and the University Bonds that were issued this October. Following the presentation, the meeting organizers showed a video of interviews with 10 UTokyo students to the audience. There was an active exchange of opinions on the initiatives taken by UTokyo to become a platform for social change from a global perspective during the discussion session. Participants discussed about UTokyo’s unique role in contributing more effectively to the global community.

With President Gonokami stepping down from his post as president next March, the participating board members sent messages to him one by one. Prof. Fujii then made a short speech as the President-elect. The meeting ended with a message of thanks from President Gonokami to the attendees. The Fourth UTokyo Global Advisory Board Meeting was successfully completed.

This was the last of the Global Advisory Board meeting, but over the years the university has received lots of feedback and advices from the board members ever since the meetings were reestablished as the UTokyo Advisory Board from the President’s Council. Discussions of previous meetings have come into fruition in the form of the establishment of Tokyo College and the Center for Global Commons, as already mentioned above. We will continue to make full use of the advices we have received from the board members for the development of our university. 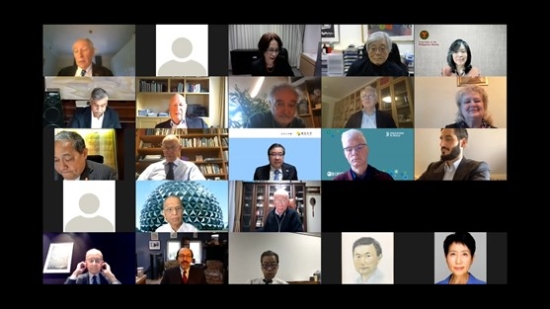 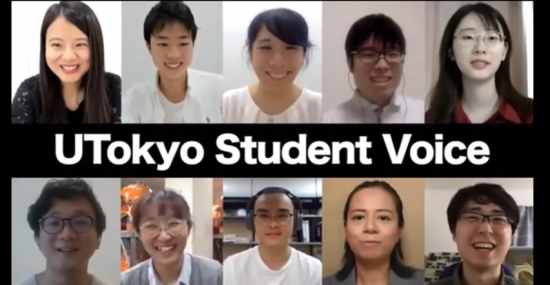 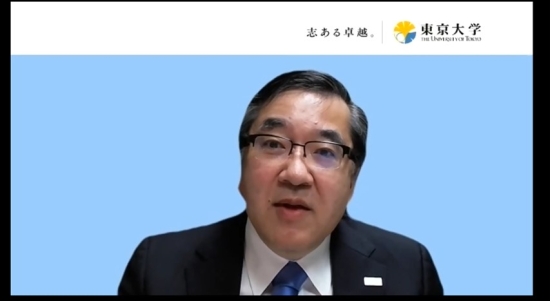 President Gonokami listening to messages from the participating board members