The seventh installation of Quai Branly Tokyo consists of ritual tools from Madagascar.

-----
In Sindbad the Sailor, a huge bird appears, holding off an elephant high in the sky. This type of story involving ominous birds is commonly found throughout southeastern Asia and India all the way to the Arab world, each region attributing a different name to the bird – Garuda, Roc, Rukk. In the 13th century, Marco Polo in his Travels relates the hearsay according to which a fantastic bird lives on the eastern tip of Africa, in “Mogadishu” (current Somalia). The similarity in pronunciation led some to think it was Madagascar. Since the Age of Exploration, sailors and adventurers all repeated this mistake, and it was eventually thought that Madagascar was the island of fantastic birds. When Westerners entered the Modern era, they kept on believing that Madagascar was an island full of curiosities. In fact Madagascar, located 400 kilometers away from the southeastern part of the African continent, is not only a long island extending from the south to the north, but it is also known as a trove of rare fauna and flora including many endemic species, largely due to its topography comprising three mountains reaching almost 3000 meters in altitude. In this island floating above the West Indian Ocean, Austronesian peoples arrived in the 4th century B.C. from the island of Borneo in southeast Asia by taking advantage of the westerlies; in the 10th century, Bantu peoples came from eastern Africa, giving birth to a unique culture blending southeast Asia and Africa. Hence the eclectic and complex spiritual life of the peoples generically referred to as Malagasy. Furthermore, the ritual tools reflecting the island’s religion, sorcery and ceremonies gave birth to characteristic forms, not seen elsewhere. For the most part, the materials used may be common to other so-called African tribal art. Still, the delicate craftsmanship seen in the contours as well as the distribution of the masses is obviously Asian. Madagascar’s curiosities largely exceed the realm of Nature.

In Madagascar, there is a strong belief in a world parallel to that of the living. Many objects evoke such a space, in which immaterial beings – a supreme power, ancestors, spirits and natural forces – evolve. Amulets protect the individual, the family, the lineage and the community. The ody and sampy charms exhibited here are sometimes made of a single piece of twisted creeper, but they can also be complex assemblages of vegetal (wood, roots), animal (zebu fat, crocodile teeth) and manufactured (pearls, rifle bullets) elements. These components are often placed in a recipient: either a horn, or a horn-shaped container, sometimes decorated with small sculpted figures. The ombiasy, who concurrently holds the functions of a soothsayer and a healer, diagnoses a problem and composes the remedy and amulet accordingly. The ancestors’ spirits and the powers of nature will then heal and bring success to those who hold such talismans. In the tribute paid to ancestors, tombs play a fundamental role, in the form of a gigantic protective object, allowing the deceased’s descendants to enter in contact with the beyond. Funerary sculptures are ostentatious signs of the prestige and wealth surrounding the deceased’s family. Fertility (for feminine figures) and the power to father (for masculine figures) are clearly expressed in sculpture. Contemporary funerary poles are often topped with themes evoking social success and images of modernity (such as planes and cars).

Opportunities are rare in Japan to experience the startling diversity of the bold and enigmatic forms produced by civilizations throughout the world. This thematic presentation of masterpieces selected from the collections of the musée du quai Branly – Jacques Chirac in Paris, addressing the major preoccupations of humankind in resonance and in confrontation with the University of Tokyo collections, is the place for such an encounter. This perennial embassy of a French national museum in the heart of Tokyo emanates from a cultural and scientific collaboration of a new kind between the musée du quai Branly – Jacques Chirac and the Intermediatheque: a selection of emblematic items from Africa, Asia, Oceania, and the Americas will be regularly exhibited to the Japanese public, prompting a conversion of our worldview. Resolutely working at the crossroads of all cultures, periods and domains, both institutions share a novel approach to interdisciplinary museum activities.

The musée du quai Branly – Jacques Chirac, which opened its doors in Paris in June 2006, emanates from the Pavillon des Sessions rooms at the Louvre Museum, featuring the arts of Africa, Asia, Oceania and the Americas. At the initiative of Jacques Chirac, president of the French Republic from 1995 to 2007, and built by 2008 Pritzker prize-winning architect Jean Nouvel, the musée du quai Branly - Jacques Chirac is committed to giving the Arts and Civilizations of Africa, Asia, Oceania, and the Americas the place they deserve at the intersection of multiple cultural, religious, and historical influences. Located along the Seine at the foot of the Eiffel Tower, the museum defines itself as a place of scientific and artistic dialogue, a crossroads of exchange between the public, researchers, students, and contemporary artists. Throughout the year, exhibitions, concerts, shows, conferences, workshops, and screenings set the pace of life at the museum. 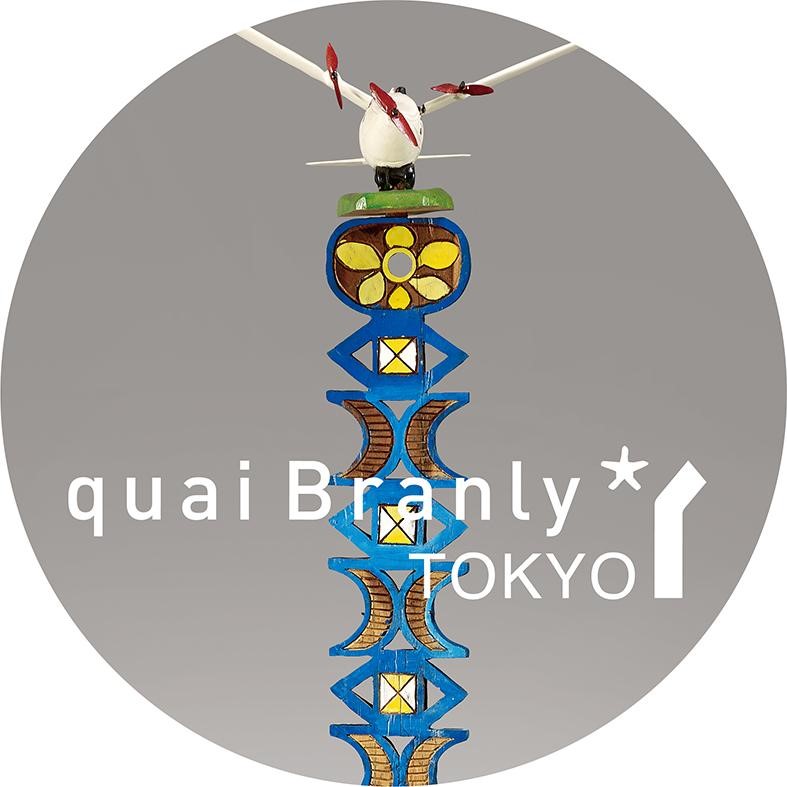