Successful international research collaborations are built on a solid foundation of trust, and trust is earned over time. This Franco-Japanese research partnership is a textbook example of how it’s done.

MEMS, or Micro Electro Mechanical Systems, is the fabrication of micro- and nanoscale mechanisms on silicon using the processes of the integrated circuit industry. The products of this emerging field are behind many of the sensors and systems that make smartphones and other modern devices possible.

In the early 1990s, France’s Centre national de la recherche scientifique (CNRS) was searching the world for partners in a new MEMS research collaboration. The University of Tokyo’s Institute of Industrial Science (IIS) was just what they were looking for: an interdisciplinary institute, focused on collaboration, with world-class MEMS expertise.

After several visits by a team lead by Jean-Jacques Gagnepain, Director of the CNRS Engineering Science Department, CNRS chose the IIS as the home for a new joint laboratory based in Japan that would host French researchers for the two to three years it usually takes to complete a research project.

The laboratory focused on ensuring partnership from the beginning. “If you research exactly the same topic in the same way, it ceases to be collaboration and becomes competition. It’s better to have complementarity, where each parties’ strengths mesh.” Professor Hiroyuki Fujita, the first Japanese co-director of LIMMS, sounds cheerful and almost paternal as he recalls the beginnings of the laboratory he has been deeply involved with for twenty years.

This matched French hopes. “One objective we had was to profit from the difference in the French and Japanese education systems,” says Professor Dominique Collard, the conscientious French co-director of LIMMS. “In France, technology is not regarded as a science. In Japan it is. We hoped that new ideas would emerge from the confrontation of these two mindsets.” 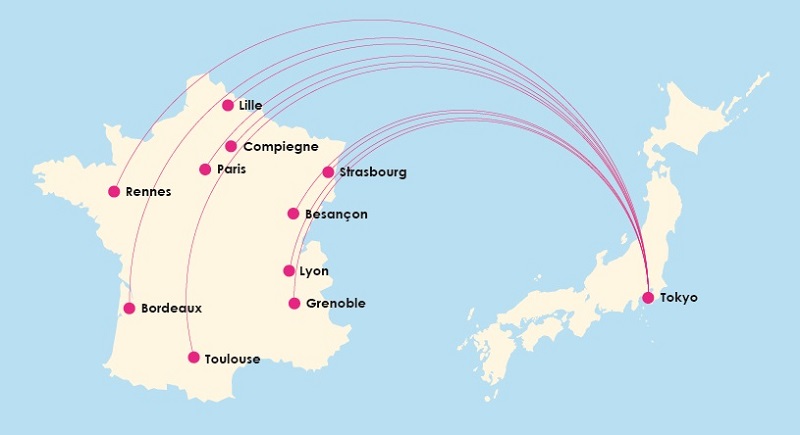 Figure 1: CNRS laboratories participating in LIMMS
LIMMS started as a collaboration with just three founding members within CNRS. That number has now increased to more than ten partners in France alone.
© 2015 The University of Tokyo.

The University of Tokyo and CNRS signed a Memorandum of Understanding and LIMMS was born on 1 January 1995 (figure 1). Dr. Michel de Labachelerie was the first French co-director, working mostly on administrative aspects. Research began in earnest when Collard took over and the co-directors started to discuss what to research, and how.

A critical mass of ten to twenty researchers from France would be hosted in the IIS and conduct research together with Japanese researchers. “LIMMS researchers are all hosted in various IIS labs, but it’s no good to just have a French outpost here in Japan. We make sure that researchers are paired with an IIS researcher or PhD student and that they work together and are integrated,” says Fujita.

“Obviously, even this wouldn't work without planning. So before a researcher even comes to Japan, the co-directors ensure that their project matches the interests of the host researcher,” says Collard.

There is also strong support both before and after arriving in Japan. “A CNRS administrative staff member and three Japanese secretaries at the IIS ensure that visa applications, registration at city hall, finding accommodation and so on all go as smoothly as possible, so researchers can get started on research right away,” says Fujita. 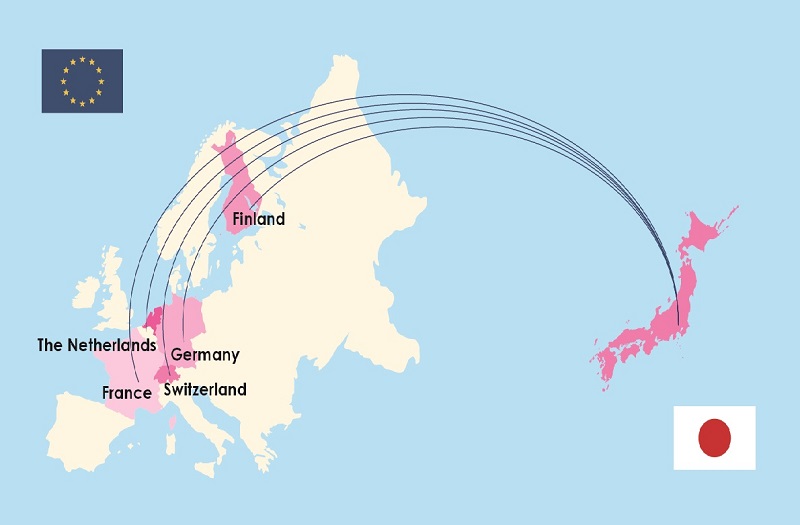 An important milestone was achieved in 2004. “Due to our success, CNRS and IIS decided to upgrade the structure to an International Mixed Unit (UMI). This saw LIMMS established as a full laboratory, with two governing institutions,” says Collard. LIMMS’s continued excellent performance saw the renewal of UMI status in 2008 and 2012.

In 2004, the Japanese Ministry of Education, Culture, Sports, Science and Technology also recognised LIMMS as an International Collaborative Research Center, allowing researchers to apply for funding on an equal footing from both French and Japanese funding agencies.

In 2011, LIMMS was further recognised by the European Union (EU) when it received support under the EU’s seventh Framework Programme for Research and Technological Development (FP7), becoming the EU’s first international laboratory in Japan and one of six established globally. This required at least three EU states as member parties. The enlarged laboratory became known as the EU-Japan Opening of LIMMS or EUJO-LIMMS, pronounced to rhyme with the Japanese word yūjō, meaning friendship (figure 2).

LIMMS is also growing in France, with the establishment in 2014 of a mirror institution, Seeding Microsystems in Medicine in Lille – European-Japanese Technologies against Cancer (SMMiL-E). 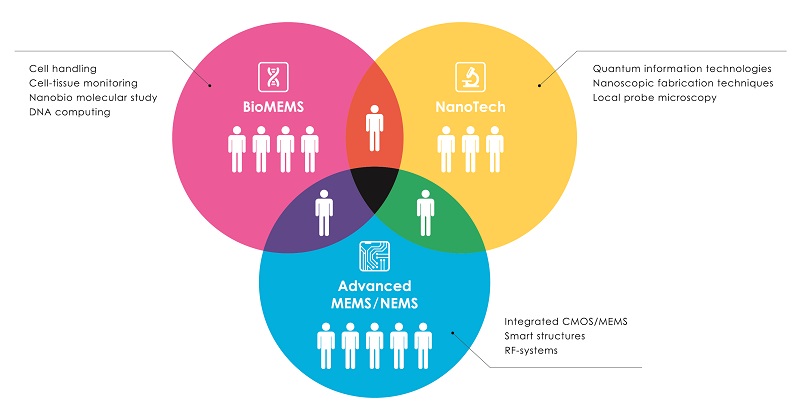 Figure 3: Areas of research
Research at LIMMS covers three core areas: the development of advanced integrations of MEMS and NEMS (Nano Electro Mechanical Systems), new nanotechnologies, and their biological applications (BioMEMS). Some research groups cover several of these areas.
© 2015 The University of Tokyo.

“SMMiL-E will synergize bio-MEMS research from LIMMS with the research against cancer performed in the Lille area,” says Collard.

Université de Lille I, Collard’s alma mater, has the largest medical campus in Europe, and the city is also home to Eurasanté, the second-largest bioincubator in France, offering further possibilities for developing industry relations.

These developments also mirror changes in LIMMS’s objectives. “At the beginning our main aim was publishing journal papers. But it’s now twenty years since we started back in 1995. After the initial research phase, we now also focus on applications for our research. We’ve been filing joint patent applications and I’d like to get more companies involved in our research,” says Fujita (figure 3).

Ecosystem in a test tube

Associate Professor Yannick Rondelez came back to LIMMS as a CNRS researcher in 2008 after completing his postdoctoral research at LIMMS in 2002 and 2003. Modestly, he doesn't offer the information himself, but his research has been recognized with a CNRS bronze medal. “Molecular programming is an emergent field using molecular and chemical reactions to make information processing systems. But you can also see them as models of what biological systems really do, which is mostly processing information, and also a tool for understanding biological processes,” explains Rondelez. 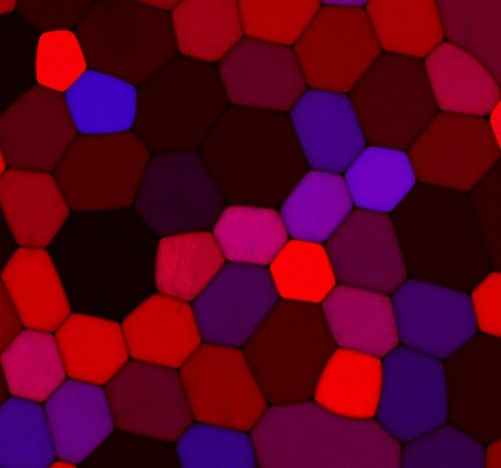 Figure 4: Predator-prey system
Predator, prey and substrate (food) DNA molecules are combined with enzymes that enable replication of prey from the substrate and creation of predators from prey. This image shows the reaction being performed simultaneously in thousands of small compartments.
© 2015 Yannick Rondelez.

Working in the Fujii Laboratory, one of Rondelez’s projects was the recreation of a predator-prey ecosystem using molecular programming techniques. “In predator-prey cycles, the prey population grows by consuming food, then the predator population also grows and eats up the prey, the prey population collapses, then so does the predator population. Except a few of each survive and they grow again. We decided to recreate this particular process using DNA molecules, which allows you to encode information in the molecule.” This kind of system was predicted to be possible nearly a century ago, but this is the first time that it had been successfully implemented. The research was published in ACS Nano in 2013 (figure 4).

Another way of looking at this system, though, is as a form of oscillator circuit, with repeating waves of concentration of each type of DNA. Rondelez’s group has put together a ‘DNA toolbox’ of circuit components, enabling the construction of more complex circuits and, perhaps one day, a biological computer.

Such systems can be shrunk so much that tens of millions can be created from a single drop of water. They also talk the same molecular “language” as cells do. The potential is enormous. “Think of a small computer that can be programmed to perform a variety of operations, but is a liquid!” says Rondelez.

CNRS engineer Laurent Jalabert also did his postdoctoral research at LIMMS from 2001-2003 hosted in the Masuzawa Laboratory and working in the Fujita Laboratory clean room, and he returned to LIMMS in 2007. A pragmatic engineer, he spends a two-thirds of his time supporting other researchers.

Before Jalabert joined the Fujita Laboratory, a student had been trying to study tunnelling phenomena through a controllable gap between two MEMS opposing tips, all operated in a transmission electron microscope (TEM). “Ishida-san made an interesting mistake and he actuated the movable tip too much and it contacted the opposing one. When he moved them apart, a kind of nanostructure was formed,” says Jalabert. 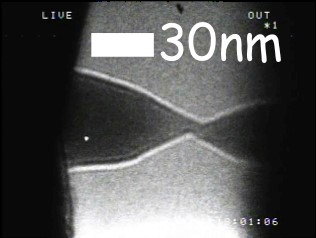 Figure 5: TEM image of a nanowire
TEM of a silicon nanojunction with a neck of 7 nanometers. The nanojunction stretches horizontally across the image. It was found that as the nanojunction extended a neck formed and it was possible to control the diameter of the neck using the electrostatic actuators, creating a narrower and narrower nanojunction.
© 2015 Fujita Laboratory.

The lab too was pragmatic about the accident, and started a new research project. “Perhaps because I had been here before as a postdoc, Professor Fujita trusted me to take on a part of this project myself,” says Jalabert.

Jalabert went on to examine heat transfer across such nanostructures. First, though, he had to learn the Japanese technique for creating the nanojunction. Implementing a micro-heater and sensor on the MEMS device, and applying cycles of heating and cooling, he could measure how heat transferred through the material. But not being an expert in heat transfer, he couldn’t explain the high thermal conductivity observed in this experiment.

Serendipity helped again. “A new member of LIMMS, Sebastian Volz, was one of the top French researchers in thermal physics. We developed a new model based on ballistic heat transfer that was the best fit for our results,” says Jalabert. The research advanced scientific understanding of heat transfer in nanodevices and was published in Nano Letters in 2012 (figure 5).

In addition to the work by Rondelez and Jalabert, Collard’s own research has led to the creation of a revolutionary tweezers system that can hold single strands of DNA. “He’s too modest to say so himself, but it is excellent research,” says Fujita warmly.

In twenty years, over 150 researchers have come to LIMMS, and between 25 and 30 researchers are now hosted at any one time. In total, more than 220 papers have been published in leading journals including Nature, Nature Biotechnology, Nano Letters and Lab-on-a-Chip, and over 330 conference presentations have been made. All of these were co-authored by French and Japanese researchers.

“France and Japan respect each other’s literary and artistic culture,” comments Fujita. For the last twenty years, CNRS and the IIS have built on that mutual respect to create a relationship of mutual trust. “We know that they’ll do their part, which drives us to do ours.”

Gagnepain’s first visit to Japan, more than twenty years ago, started a new international collaboration. Gagnepain himself passed away several years ago; the laboratory he created still thrives on a solid foundation of trust built up over the years. 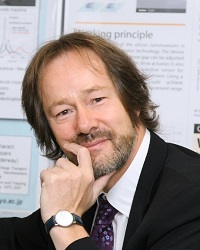 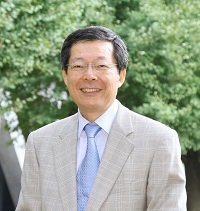 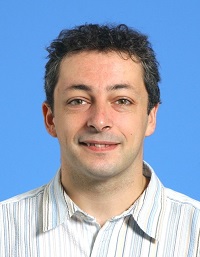 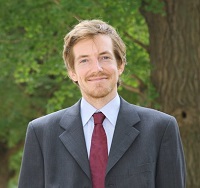