Overflowing with water, and love 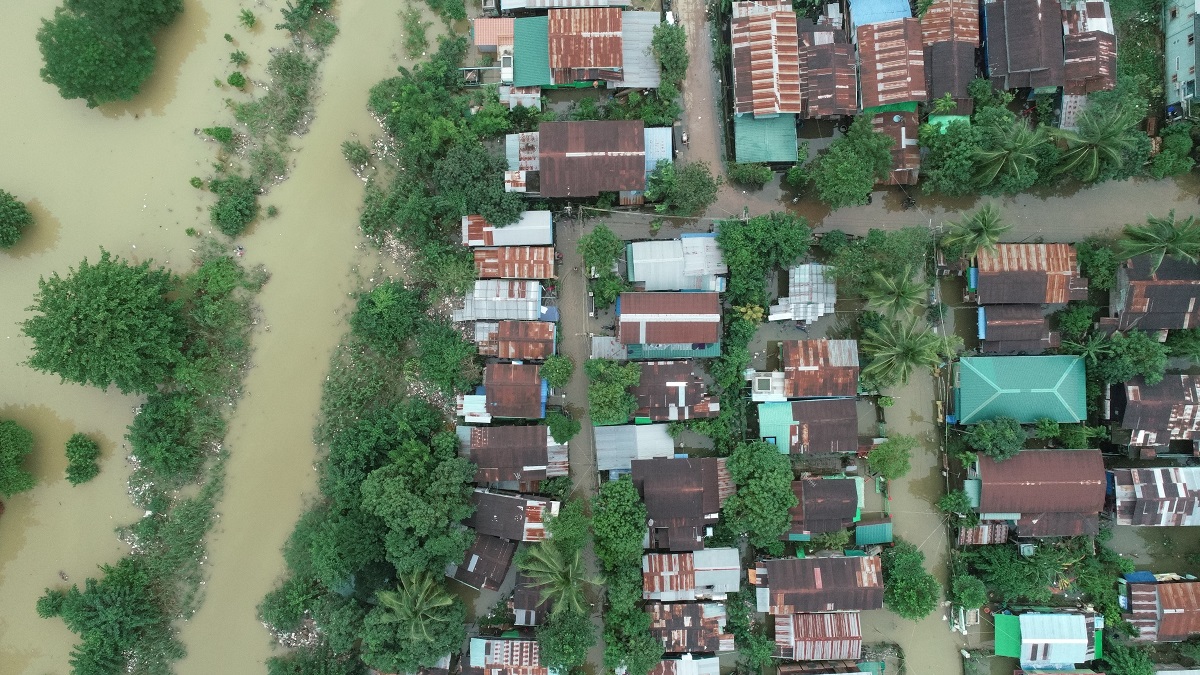 A residential area of Bago, Myanmar, inundated extensively due to flooding of the Bago River. Many poor people live in this area.

Between July and November 2011, several typhoons struck Thailand, causing unprecedented flooding. Local Honda and Toyota car factories were forced to stop operations for a long period and this became major news in Japan, as many people may recall. Experiencing the flooding firsthand was Project Professor Akiyuki Kawasaki, visiting professor at the University of Tokyo’s overseas center, the Asian Institute of Technology (AIT). His specialty is developing measures for flooding risk management using geographical information systems (GIS). Despite witnessing the tragedy of the flooding firsthand, it seems Kawasaki did not make the link between flooding and poverty at the time.

“At AIT, students from Myanmar emphasized that poor people suffer more damage from flooding. As other Asian students agreed, in 2012, I started a survey of the local population in Myanmar with my students,” he said.

The area for research was the hometown of the students from Myanmar, Bago. The survey team visited houses along the Bago River one by one asking about the income, education level and experience with disaster of the head of each household, and then mapped this data house by house using GIS. They found that the income and education level of households that suffered from severe flooding of over one meter was markedly lower. This proved and quantified the vague impression people had that the poor suffer more from disasters. This effort has also brought an engineering approach to shed light on issues surrounding poverty that have until now been studied mainly by the humanities and social sciences.

After returning to the University of Tokyo, Kawasaki continues to lead the UTokyo team surveying countries including Myanmar, Thailand, Sri Lanka and Nicaragua. Their latest research combines high-resolution satellite imagery and artificial intelligence with their existing survey data to develop a system that estimates the location on a map of homes where the poor live. Knowing where poor people live and how many there are might help governments in developing countries to tackle flood damage and poverty more quickly.

Incidentally, Kawasaki and his team are expecting to formally recommend their flood disaster risk reduction plan to the local government in Bago in 2019. The team hopes that their research will be used to help regional and local flood control plans and strategies. With this fervent wish in mind, Kawasaki continues to visit flood disaster areas even today.