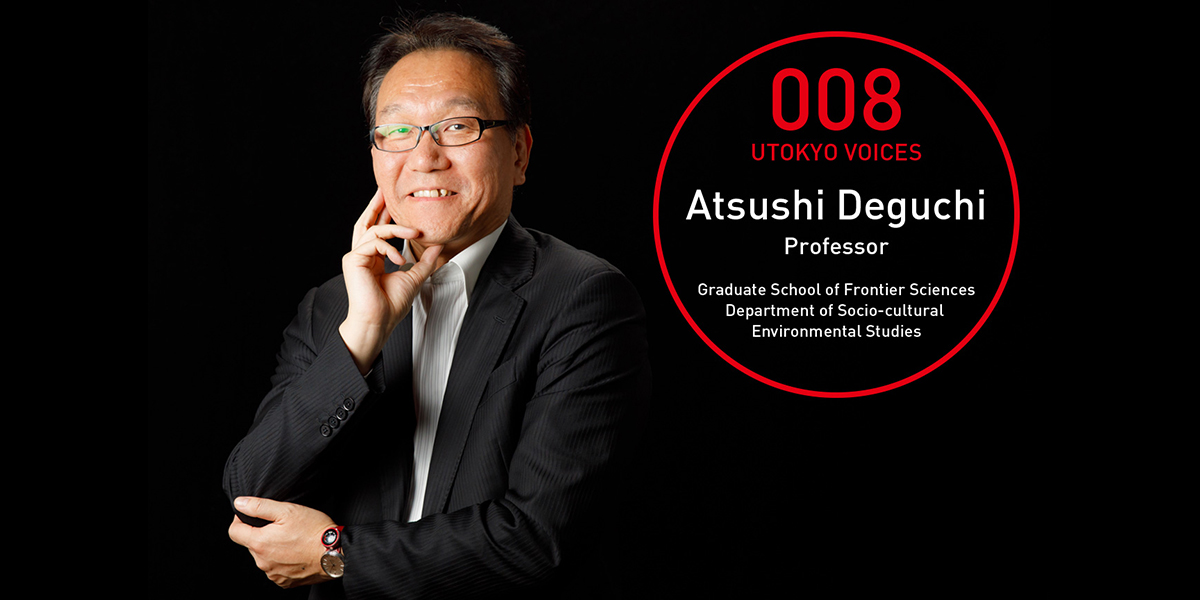 “Think cubic” is Deguchi’s style of research. From there, new ideas are generated, such as urban planning being about how to distribute the benefits of solar energy, and new cities are conceived and formed.

Under normal circumstances, we think about urban planning and buildings on horizontal X and Y axes, but actual spaces are three-dimensional, requiring a Z axis. Therefore, Deguchi always first creates a three-dimensional model when working on a project. However, the Z axis does not have to be height; it could instead be something such as time or energy. As a result, urban areas can be understood by time sequence and energy distribution. This is what is meant by “think cubic.”

If the Z axis is time, “the correct answer now may not be the correct answer in 10 years.” For example, in the early 1980s, immediately prior to the start of the asset price bubble, it was hard to tell that society was aging, and urban planning in its heyday of new-town development always included facilities for young families. However, as the bubble burst and the aging society emerged, the functions demanded of urban areas changed dramatically, and now discussions focus on building cities that are suited to the lives of elderly people. Deguchi says that, “urban planning requires designs that assume change, and planning must be considered against the backdrop of changing times. It’s fascinating.” But actually it was blueprint drawings and Yoyogi Stadium that led Deguchi to study urban engineering.

Deguchi was born and raised in Shibuya. As a young child he scribbled drawings on the blueprints his father, who worked in construction, brought home, and as an elementary school student Yoyogi Stadium was his playground. “To me, Yoyogi Stadium is a masterpiece of 20th century architecture and I greatly admired the person who designed it, Kenzo Tange.” Deguchi enrolled in the University of Tokyo: “I wanted to build towns. I wanted to build something big. So I enrolled in the urban engineering department.”

As a student, Deguchi could invariably be found playing rugby, a sport he enjoyed during both junior and senior high school, and he had no interest in becoming a researcher. It wasn’t until he enrolled in graduate school that he started to study a specialist field in earnest, creating CG solid models and rendering software, and applying them to use in environmental impact assessments of urban spaces. This put him on track to a career as a researcher.

In April 1993 Deguchi took up a position at Kyushu University. While still in his thirties, he was put in charge of the Kyushu University New Campus Master Plan 2001, and he devised a plan and design for a university campus suited to the new era on 270 hectares of land. The plan, which involved the construction of a campus (now Ito Campus) that conserved both the ruins excavated from the planned construction site and nature and the ecosystem, was highly acclaimed, receiving an Environmental Award from the Japan Society of Civil Engineers and a Mansfield Award (named in honor of the former US Ambassador to Japan).

After returning to the University of Tokyo, Deguchi continued to put research into practice as President of the Urban Design Center Kashiwa-no-ha (UDCK), an institution that takes the lead in international academic research on city / next-generation environment urban planning through private, public and academic partnerships. UDCK is located in Kashiwa City, a city that has attracted attention from overseas as a state-of-the-art smart city. Deguchi is also a Specially Appointed Assistant to the President (responsible for maintaining Kashiwa) and manager of the Campus Planning Office. “I am aiming to build a campus in which agelessness and change (ageless spaces that should not change, i.e., that are traditional, and spaces that change in line with the demands of the times) coexist.”

Deguchi’s research is based on “think cubic” and this can also be applied to human relationships. “Many people move in two dimensions, vertically (superiors and subordinates) and horizontally (colleagues, etc.) but this is in fact a three-dimensional network. Urban planning is a field concerned with people rather than things, and so it is important to also have an axis that understands human networks. When push comes to shove, networks humans have built up until that point will come into play and exert their power.” It should be possible to overcome difficulties if you consider human relationships three-dimensionally. 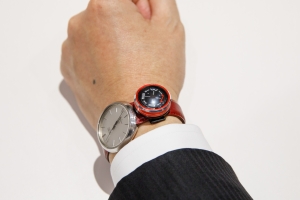 Nowadays it is easy to measure direction and positions essential for urban planning using GPS, but back in the 1980s, urban planners relied on compasses. Deguchi still wears his, saying this is his favorite compass and watch set. 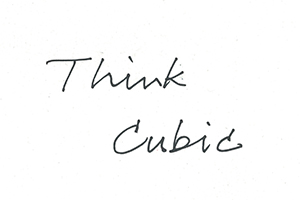 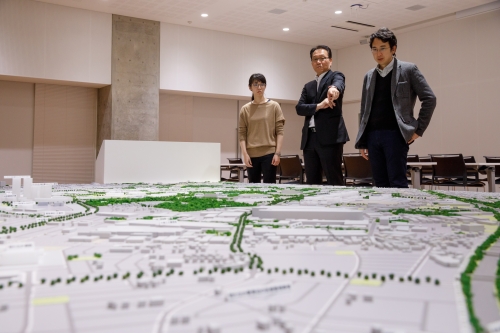