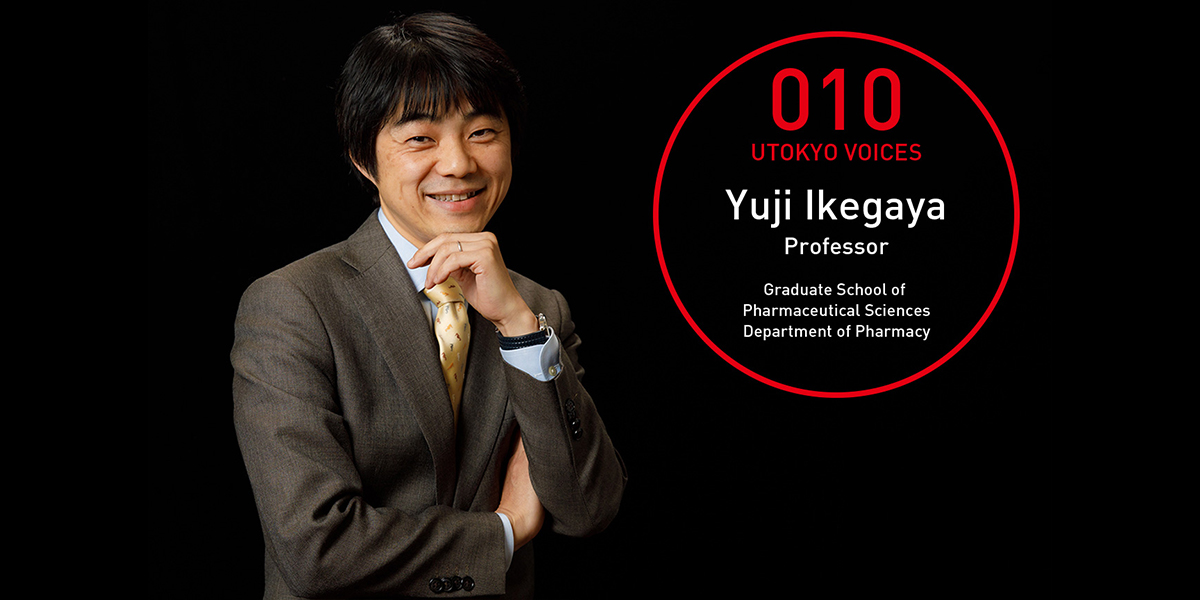 Expanding the Horizons of Neuroscience with the Urge to Explore

“Just looking at this is so much fun,” says Professor Yuji Ikegaya, removing his wristwatch and revealing the skeleton back. The intricately meshing gears are ticking away, keeping time like a miracle. He gazes at it once more, sighing in awe. “It’s incredibly cool!”

Ikegaya’s laboratory is filled with an assortment of objects, each with an intriguing story. The folding bicycle with a disc brake was love at first sight. He picked it up in Spain. The shelves are lined with bottles of essential oils. To get a firsthand look at one of the ingredients, ylang-ylang, he traveled all the way to Madagascar. Ikegaya can tell the model of an engine from the sound of the car. He is also a connoisseur of music and painting.

“I’m a geek of sorts, an otaku. The moment something piques my curiosity, I want to explore it through and through.”

The world must seem like a giant toy box in Ikegaya’s eyes. What fascinates him most of all is the human brain.

“Popular myth says we humans use only ten percent of our brain. But, in actual fact, no one knows what its full potential is. You can’t have a fraction without a whole number. I want to discover what that 100% is: the full extent of what the brain is capable of.”

This topic is no mere toy, and is certainly worth exploring. In the course of Ikegaya’s research, promising leads sprout up everywhere. His study on linking the brain of a mouse with artificial intelligence and expanding the possibilities of the mouse’s brain, for instance, hints at a breakthrough in drug development.

“In the future, we hope to link the brains of a mouse and a human patient with depression. If we could reproduce the depressive conditions, we could perform tests on the mouse and create an effective drug for the human. At the moment, we study mice that appear to have depression.”

Having said that, conducting experiments to validate preformed hypotheses isn’t Ikegaya’s style. Usually he prefers to follow his curiosity, try things out, and discover the unknown.

“In short, I’m like a child,” laughs the prolific researcher who publishes paper after paper in journals, including the one all scientists dream of appearing in: Science.

Ikegaya also writes books for general readers with no expertise in neuroscience. He gained a following for presenting the latest findings in brain research in plain, simple language, and has authored or co-authored more than 20 volumes to date.

“I write for a broad audience because when I find something interesting, I get an itching to share it with others. My daughter is only one year old and she does the same. She brings me things and says, ‘Look! Look!’ It’s an urge we all have since childhood.”

The primitive urge to see our world, try out our ideas, understand how and why things happen, and share our knowledge – no doubt Ikegaya is simply being faithful to human nature. And because he has pursued every topic in such incredible depth and breadth, today he is powerfully attracted to the most bottomless topic of them all.

“The human brain is so full of wonders that it might be too complex for the human brain to understand. That means I’m destined to keep exploring it forever, and that my research is guaranteed to be an eternal source of fun.”

Ikegaya’s toy box seems to be a bottomless space in its own right; a world of unlimited dimensions. 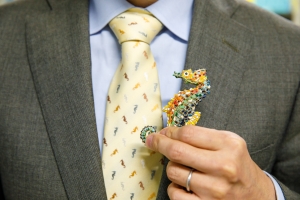 Ikegaya collects all sorts of things related to the seahorse. “‘Seahorse’ in Japanese is tatsu-no-otoshigo, but another word for it is kaiba. The component of the brain that fascinates me is also called the kaiba, or hippocampus. It’s especially high in plasticity; that is, with the ability to change.” 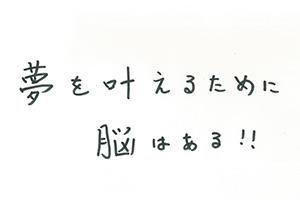 Yume o kanaeru tame ni nou wa aru (The purpose of your brain is to fulfill your dreams): “This expression might make me seem like the type who sets goals in advance, but I’m not,” Ikegaya adds with a wry smile after writing his maxim. “My dream is to understand the brain’s potential. I want to use my own brain to delve into the mysteries of the brain.” 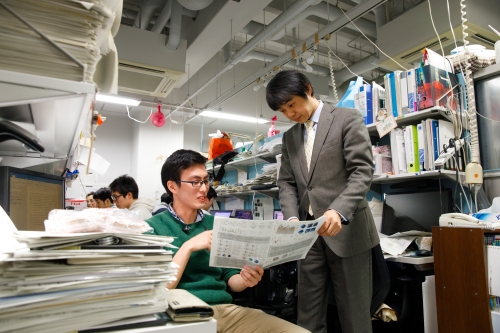 Yuji Ikegaya
Yuji Ikegaya entered the University of Tokyo’s Natural Sciences I stream in 1989 and obtained a doctoral degree in the Graduate School of Pharmaceutical Sciences in 1998. After serving as a postdoctoral research scientist at Columbia University, he took his current post in 2014. Ikegaya’s research covers the concepts of neuroplasticity and the scale of the brain’s potential. He has published papers in numerous academic journals including in the sister publications Science and Nature, and the Proceedings of the National Academy of Sciences of the United States of America. Awards include the Minister of Education, Culture, Sports, Science and Technology Award for Young Scientists, the Japan Society for the Promotion of Science Prize, and the Japan Academy Medal. Non-academic publications for a general audience include Shinkashisugita Nou (The Over-Evolved Brain) and Kaiba: Nou wa Tsukarenai (Hippocampus: The Untiring Brain).