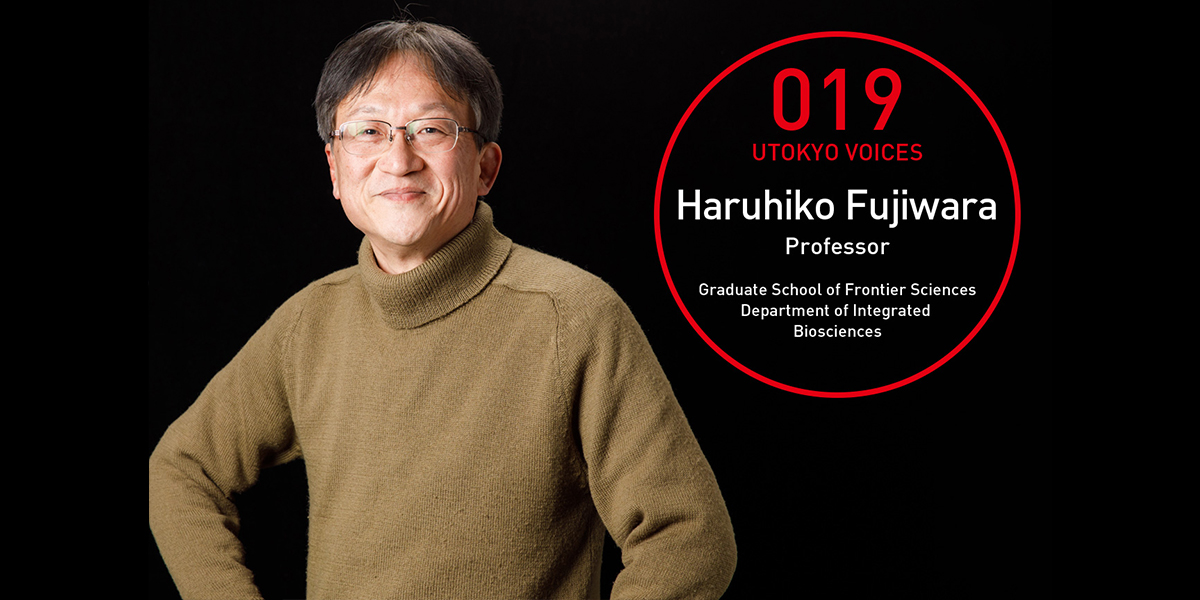 The Joy of Solving a 150-year-old Puzzle

For years, it was Fujiwara’s dream to solve the puzzle of butterfly mimicry posed by Charles Darwin and Alfred Wallace 150 years ago. That dream has finally become a reality.

The reason only the female common Mormon butterfly (Papilio polytes) from Okinawa and other areas mimics the poisonous common rose butterfly (Pachliopta aristolochiae) has been solved by decoding their genomes. An article detailing this discovery, “A genetic mechanism for female-limited Batesian mimicry in the Papilio butterfly,” was published in Nature Genetics in 2015. This was a truly impressive achievement, the fruits of thirty years of research into mimesis.

However, as a child, Fujiwara was not actually a fan of insects; he much preferred larger animals, and loved playing with his dog. A global oil crisis struck while he was in high school, with far-reaching effects on Japan’s economy and career opportunities. “An agricultural researcher, to whom food is important, or a doctor who cures diseases, or perhaps an architect: any of those would have suited me, so I applied for many different university places. However, molecular biology was where it was all happening then, so I enrolled in the Faculty of Science at the University of Tokyo. I seem to have been pretty casual about the whole thing,” he adds with a laugh, looking back on his early academic career.

Then, one day, in a photo collection of animals, The RAINFORESTS, Fujiwara saw a swallowtail butterfly larva that looked just like a bird dropping, which had a huge impact on him. “For a moment, I had no idea what insect it could be. There are larvae that mimic living creatures, but one that mimicked bird droppings? That intrigued me, and I decided I wanted to learn how its genetic expression worked.” This brief moment launched him along the thorny road of mimesis research. After completing his doctorate at age 28, he found employment at the former National Institute of Health.

“In my doctoral work, I researched the genetic structure of ribosomal RNA, but once I had the freedom to carry out independent research, I wanted to do something related to living things that most people would find interesting.” This is what led Fujiwara to choose mimesis as his theme. But at the time, no one was researching mimesis on the molecular level, and he was considered a rather odd researcher.

It was difficult to obtain and breed non-model organisms, so Fujiwara started by researching the striped patterns on silkworms in the National Institute of Health, then moved on to researching mimesis properly when he took up a position at the University of Tokyo. However, as Fujiwara notes, it was a long, hard road: “It’s only been in the last ten years that I’ve worked out which genes control patterns, so my research produced almost no results for the first twenty years.”

His latest research theme is super genes. Some biological phenomena stem from specific gene locations, but we have learned that there are also super genes, which relate to a range of gene fields, controlling complex adaptive phenomena. Super genes control things like the complex patterns on African cichlid fish and the sociability of ants.

“Super genes can control a range of phenomena, so understanding how they work could allow us to understand phenomena which we couldn’t explain with changes in the locations of specific genes. It gave me an angle to start researching the sort of parallel evolution that gave rise to different types of super gene in closely related butterflies that show identical mimicry.” Fujiwara is confident that this will open new paths towards solving the puzzles of evolution.

Despite all this, the reason that twenty years of pressure following his doctorate didn’t break his spirit was “sustained effort, without giving up.” As a result, he was “able to use technology that didn’t exist a decade ago to get results.” As this suggests, Fujiwara is overjoyed to be able to tackle these new puzzles of evolution. 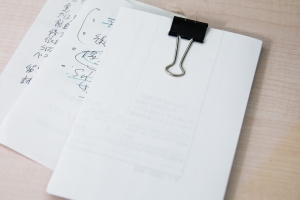 Fujiwara uses the backs of old notepaper for memos. He writes down ideas that come to him, what to do that day, and his task list for the next two to three months, and then erases them once they’re done so that he doesn’t get too bogged down with miscellaneous matters. He also says that writing things down can suggest new directions for his research. 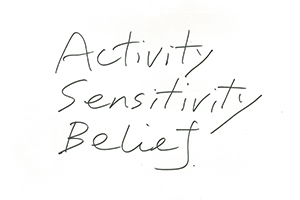 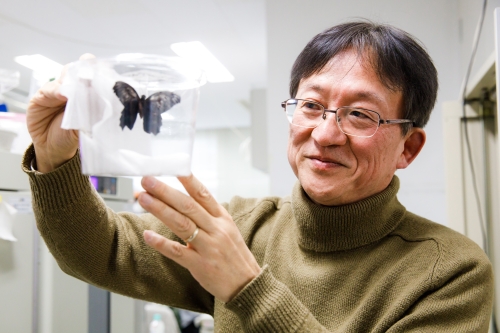