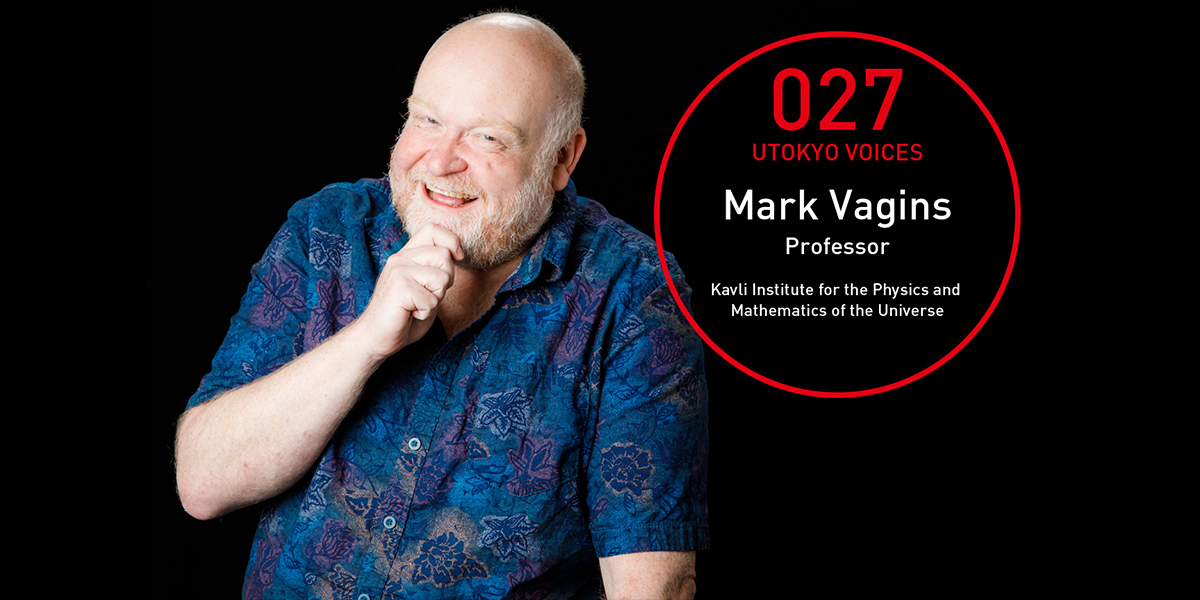 Super-Kamiokande is the world’s largest underground water Cherenkov detector, designed to examine and elucidate the properties of neutrinos. Professor Vagins has been at the forefront of enhancing its capabilities and developing new observational techniques. One such initiative has been to add a water-soluble gadolinium compound to Super-Kamiokande to make possible the detection of neutrinos from past supernovas without creating new experimental devices.

His flexible thinking is by no means unrelated to his upbringing. His grandmother on his mother’s side was a classical pianist who had two radio shows. While the world of classical music was still biased against jazz, she threw herself into jazz, performing under a different name.

Vagins’s father was an engineer and his mother an English teacher and editor. He was raised in a home filled with books and music. From his childhood, he read a wide range of books, from the many scientific books on hand, to science fiction, mysteries and classics of English and American literature. He says, “I was the kind of kid who always had a book with him, even on our way somewhere.”

Partly influenced by his father, he took an interest in science early on, building radio-controlled cars when he was in elementary school. By the time he was 10 years old, he says he wanted to be a scientist.

After reading a book by Richard Phillips Feynman, who received a Nobel Prize in Physics for his work in the path integral formulation of quantum mechanics, his interests turned decisively to particle physics. “In my first year at university, I had the opportunity to meet and talk with Feynman, who was something of a god-like figure to me. To this day, other researchers are jealous that I got to talk with him,” he says, laughing.

“One of my goals is to be the first to observe the Diffuse Supernova Neutrino Background (DSNB), generated by all the supernova explosions that have occurred since the universe began, using Super-Kamiokande loaded with gadolinium (SK-Gd).” That would mean no less than the acquisition of new knowledge by humans about the history and evolution of the universe.

In the United States, once you become a graduate student, you are on a first name basis with the professors, and they treat you as a colleague. Vagins thinks it would be good for Japanese students to be more open and frank as well.

During his seven years as a student, he watched a play every week. He tells his students, “It’s important that presentations have a story to them like a song or play where you present an interest-arousing introduction and then, while delving into your themes, build up to belting out your main theme and tie it all neatly together at the end.” Of course, he tries to work that kind of progression into his daily lectures as well so as not to bore his listeners.

Vagins says his mission is to communicate the joy of learning. He declares, “If a class isn’t fun, there’s no point to it.” 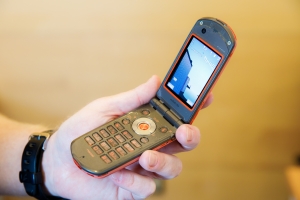 A so-called “feature phone” from 10 years ago. He uses it to this day, having replaced the battery four times. He says he gives due respect to the latest technology, but also wants to maintain a mindset of taking care of things. The phone is dented and discolored, but he says that just shows it’s been put to good use; he’s attached to it, and can’t let it go. 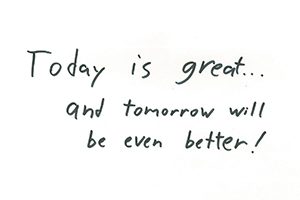 “Today is great... and tomorrow will be even better!” Vagins’ grandfather on his mother’s side immigrated to the US from England, and his grandparents on his father’s side were immigrants from Israel. In that sense, his roots are in a family that embodies the American dream. His principle is to stick with an innate optimism that believes in tomorrow. 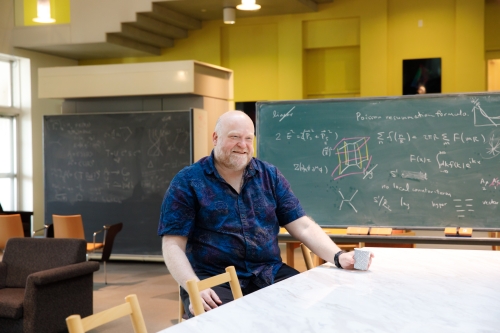 Mark Vagins
In 1987, Vagins earned a bachelor's of science degree in physics from the California Institute of Technology, and, in 1994, a doctor of philosophy degree in experimental particle physics from Yale University. Since 1997 he has been a researcher at the University of California, Irvine. In 2008 he began working on experiments with neutrinos at the Kavli Institute for the Physics and Mathematics of the Universe and, after initially working for Kavli IPMU as a project professor, became a tenured professor in 2014 (current position). He has worked to enhance the capabilities of Super-Kamiokande, including making it possible to detect neutrinos from past supernovas by adding water-soluble gadolinium to the existing detector. He continues to expand the horizons of physics through such means as inventing novel techniques to allow improved detection of reactor antineutrinos.