From METI bureaucrat to university educator: a pragmatic outlook on the future of the earth｜UTOKYO VOICES 047 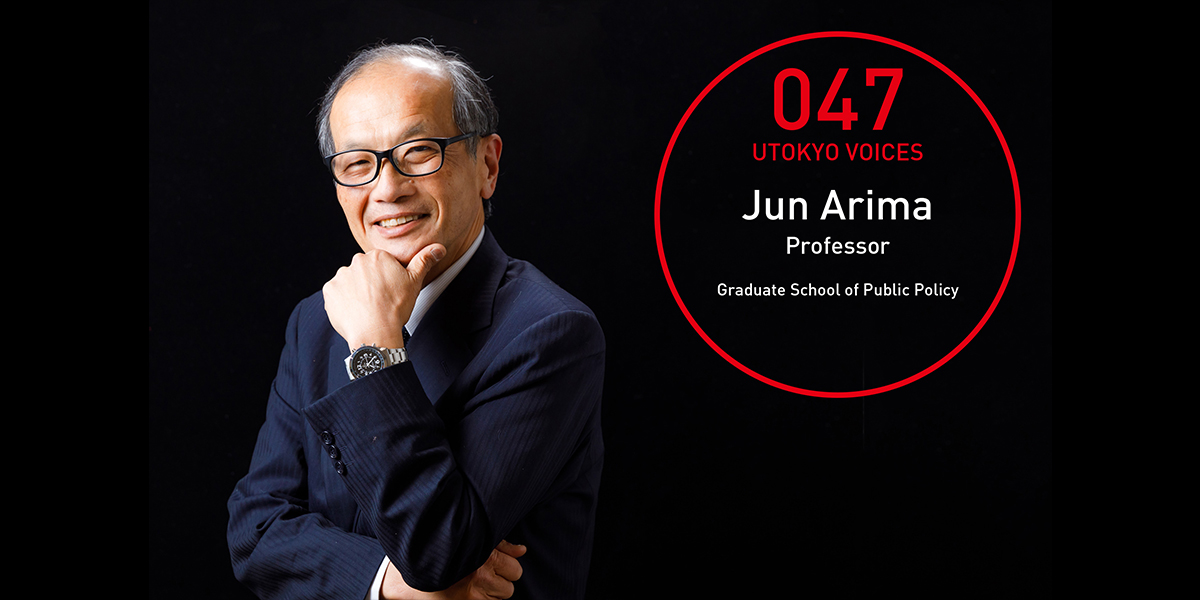 From METI bureaucrat to university educator: a pragmatic outlook on the future of the earth

When Arima was young he loved reading, and particularly the Lupin the Third and Sherlock Holmes books and literature anthologies for young readers. He must have read every book in the school library, from one end to the other. At high school Arima studied Western history and thought that maybe he would be a teacher someday, but at the same time it seemed like it would be hard to make a proper living teaching what he loved, which was literature and history. So Arima enrolled in Humanities and Social Sciences II, then majored in economics at the University of Tokyo. At some stage Arima decided that he wanted to join the civil service, and applied to the Ministry of Economy, Trade and Industry (METI, then the Ministry of International Trade and Industry), which seemed to offer a very broad range of opportunities and experiences.

At the Ministry, Arima served in a number of roles including head of the Country Studies Division for the International Energy Agency (IEA); councilor for International Strategy at the Agency of Natural Resources and Energy within the Ministry; deputy director general for Global Environmental Affairs; and director general of the Japan External Trade Organization (JETRO) in London. Unusually for a government bureaucrat, he remained within the environment and energy domain the whole time and became something of a specialist in that area. He also had four separate overseas postings in a career spanning nearly 15 years, gaining valuable international experience. “I am certainly very grateful for having been given so many wonderful opportunities.”

In August 2015 Arima applied for study leave and joined the University of Tokyo Graduate School of Public Policy as a faculty member with professional experience, teaching environmental and energy policy. He so enjoyed the challenge of introducing students to new fields of endeavor that in 2018 he formally resigned from the Ministry and became a full-time professor at the Graduate School of Public Policy.

One of the highlights of his career was being involved in 14 different sets of negotiations for Conference of the Parties (COP) to the UN Framework Convention on Climate Change. Arima was the chief negotiator at COP 16 in 2016. On the first day he set out Japan’s position, which was that it would not be signing up for the second commitment period of the Kyoto Protocol (2013 onwards) under any circumstances.

This was because the global climate change negotiations effectively saddled the developed nations with the burden of reducing CO2 emissions. Japan in particular had been set far too hard a task. Meanwhile the United States refused to join the Kyoto Protocol, China and other developing countries had made no commitments, and the EU had targets that were eminently achievable with minimal effort. Japan is already highly energy efficient, so for it to take on further emission reduction commitments would have been at enormous cost to the nation for little reward.

On the other side, there was a concerted domestic push in Japan to stick with the Kyoto Protocol, driven partly by an emotional attachment to a treaty negotiated within the country’s borders. For a long time, the nation was restricted simply because of the existence of the Protocol. In hindsight, Japan’s refusal to sign up for the second period may be seen to have paved the way for today’s more inclusive framework, where every nation accepts that it has a role to play in tackling climate change.

Global warming negotiations can be viewed as a collision of national interests, a form of economic warfare without guns. Each individual country has its own specific issues to deal with yet is required to make a commitment. There can be a huge gulf between what is said in public and what is revealed behind closed doors.

Arima sees the other countries as very hard-nosed. “It’s a good thing that Japan got out of the Kyoto Protocol. And I am proud that I maintained our position to the end, as the lead negotiator and the nation’s representative.”

Viable and sustainable policies that balance Japan’s national interests with environmental commitments at the global level are needed. Now that he is no longer working for the government, Arima has a certain degree of freedom to express his own opinions based on his experiences over the years and to share with students an insider’s appreciation of the realities of policy formulation.

Arima refers to himself as a pragmatist, and refuses to indulge positions that he considers to be idealistic or unrealistic. Through representing Japan on the international stage in a range of scenarios, he has acquired a nuanced appreciation of those areas where the nation excels and where it needs to improve.

“I want the image of Japan to continue to be strongly associated with diligence and reliability. Our strength is in our people. I want to be part of the national effort to develop talented individuals who can show us the way forward and help us thrive in the global arena.” 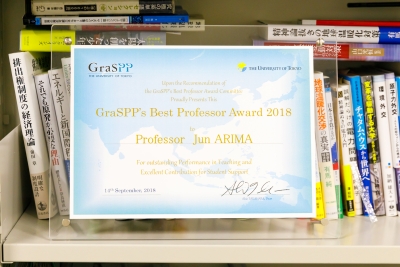 Graduate School of Public Policy (GraSPP) Best Professor Award
Arima was awarded the Best Professor Award in autumn 2018 by a vote of graduating students. He describes winning the Award as his proudest moment since arriving at the University of Tokyo. The Award is now displayed in a prominent position on his bookshelf. “If I ever feel tired, I just look up at the Award and it makes me feel better,” he says. 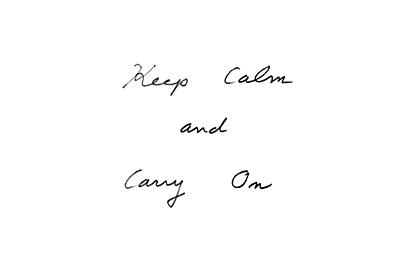 (Keep Calm and Carry On)
“Keep Calm and Carry On” was a slogan used by the British government during the Second World War to urge people to carry on with their everyday lives despite the hardships of war. It neatly encapsulates the idea of stoicism and perseverance in the face of adversity that is part of the British psyche. He thinks it is a wonderful thing to aspire to, which is why he has his own copy of the slogan. 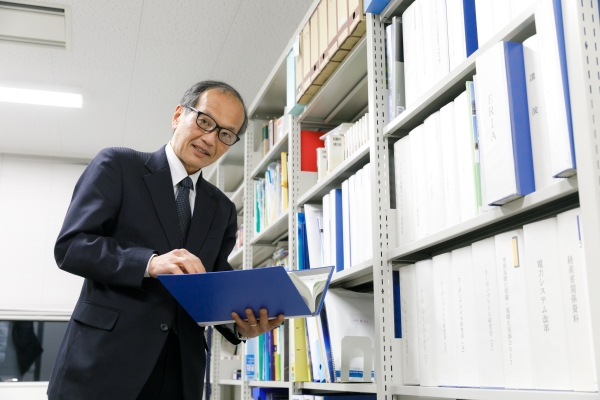 Graduated from the Faculty of Economics at the University of Tokyo in 1982 then joined the Ministry of International Trade and Industry (MITI; now the Ministry of Economy, Trade and Industry, METI). Served variously as first secretary to the Ambassador to Japan in Kenya; head of Country Studies Division at the International Energy Agency (IEA) from 2002; councilor for International Affairs Division at the Agency of Natural Resources and Energy from 2006; counselor to international negotiators from 2007; deputy director general for Global Environmental Affairs from 2008; and director general of the Japan External Trade Organization (JETRO) in London from 2011. Appointed to current role as professor at the University of Tokyo Graduate School of Public Policy in August 2015. Notable publications include Seishinron Nuki no Chikyu Ondanka Taisaku—Paris Kyotei to Sonogo (Taking Idealism out of the Global Warming Debate—Paris and Beyond) (2016, Energy Forum) and The Truth of International Global Warming Negotiation (2015, Chuokoron-Shinsha).