Can the human brain overcome social divisions beyond the group?｜UTOKYO VOICES 056 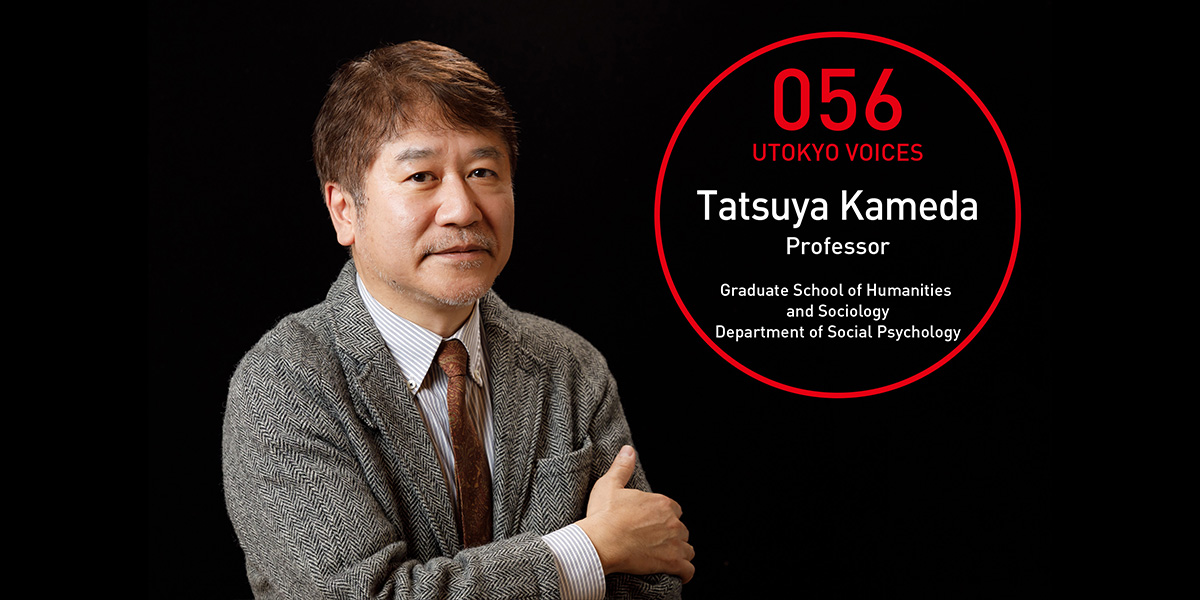 Can the human brain overcome social divisions beyond the group?

Although Professor Kameda wanted to study law and become a lawyer when he was in junior high school, he later decided he wasn’t suited to becoming a lawyer and entered the Faculty of Letters, where he studied social psychology. He found it boring to begin with, but a turning point came in his third year of study. He began to think about how social consensus is formed among people with differing values and read Kimekata no Ronri: Shakai-teki Kettei Riron eno Shotai (The Logic of Decision-Making: An Invitation to Social Decision-Making Theory) (Yutaka Saeki, University of Tokyo Press).

“In the book, Saeki talks about the mechanisms and ethical significance of decisions made in society. It asks some very deep questions, because it is based on cognitive science, which examines human intellectual functions through experiment and measurement.”

Prompted by this, Kameda is now working in a new integrated field of “experimental social science,” the only discipline of its kind in the world.

“It is an attempt to understand the essence of what it means to be human — empathy, altruism, morals and other human characteristics — that sustain human society by connecting our long-accumulated knowledge of social science with cutting-edge knowledge and experiments in natural science related to the human mind.”

For example, the term “empathy” is sometimes used to refer to the feelings we have when we feel sympathy for another’s misfortune. However, the human brain is only designed to associate with a group of around 150 people (our in-group). Our emotions-based empathy only extends across a narrow range, such as blood relatives.

That being the case, we cannot solve current social problems that go far beyond that scope, such as poverty or inequality. Accordingly, we need to have “cognitive empathy” that recognizes relationships with diverse people and makes appropriate decisions, aside from emotions-based empathy.

“Our research team used physiological responses to investigate how test participants reacted to seeing footage of people subjected to strong strobe light stimulation. The results showed a high likelihood that the altruistic behavior of wanting to help others outside of the group is caused by cognitive empathy.”

The most important work in considering morals, standards and distribution of wealth is A Theory of Justice by John Rawls. In it, Rawls argues that people are, or should be, naturally hospitable to people who are least advantaged.

“I studied its conclusion in Kimekata no Ronri, although I didn’t put my faith in armchair theory. However, the question remained on my mind and I wondered whether humans might have psychological mechanisms for thinking that way. I continued to explore that question and even conducted experiments on the brain a few years back. As expected, I found that many people have these psychological mechanisms.”

These findings showed that in terms of cognitive processes, all people react sensitively to others in disadvantaged situations, although the action taken or opinion formed varies. We think about disadvantage through our cognitive empathy network. As a biological characteristic, the fear of ending up in a disadvantaged situation may be etched deeply in the brain. Since such feelings are essential to human survival, they provide a common foundation on which to form social consensus.

“How do we resolve the widening of social divisions? The solution may lay there amidst our other human characteristics. We need to keep thinking about what that foundation could be.” 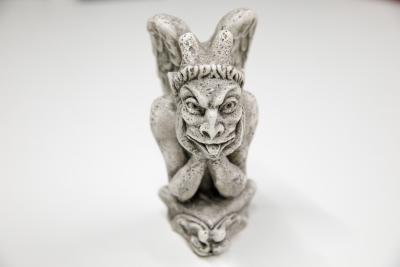 Gargoyle
A replica of a gargoyle from the roof of Notre-Dame Cathedral in Paris. A friend bought it for him from the University of Chicago bookstore. He likes how it looks like it’s thinking. 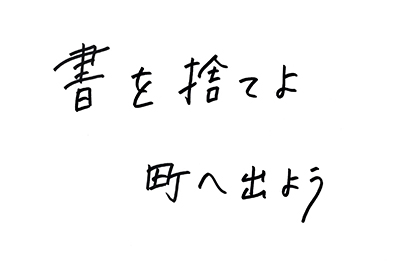 [Text: Sho wo suteyo machi e deyou (“Throw away your books, rally in the streets.”)]
These famous words of Shuji Terayama were not just for himself in a single academic discipline. They can be applied to all kinds of people in all kinds of fields. They are a constant reminder to students to always have an open mind. 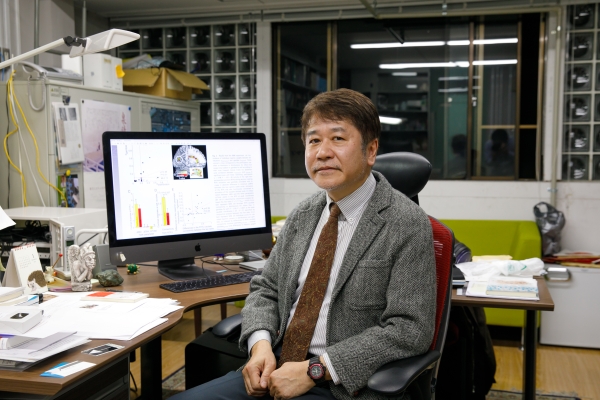