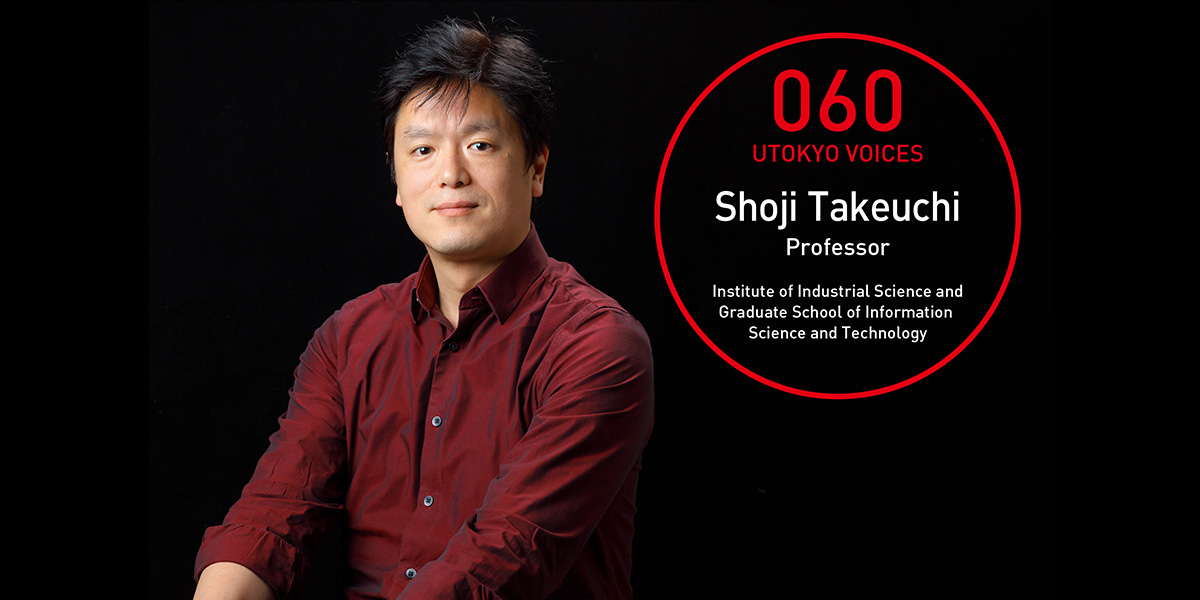 Organic-mechanical biohybrid machines: Japan's leadership in their development and spread

“Human breath and urine also contain various elements. By identifying those elements in trace amounts, we can detect cancer and diabetes. Biohybrid sensors are therefore useful in disease prevention and pre-symptomatic detection. And developing them to sense more than just human perspiration, such as explosives or narcotics, expands the range of applications considerably.”

Takeuchi has enjoyed manual arts and physical education since he was a child. In his fourth year at university, he thought he might like to build a robot. In Professor Hirofumi Miura’s lab, he was told to “try to build an insect-like robot using some essential part of insect behavior.” He spent a long time observing insects, but thought that it would be impossible to artificially recreate the minute movements. Instead, he proposed the “biohybrid” approach of incorporating parts of the insect itself into the robot. He cut off insect legs and glued them to a body made of paper. He then successfully made the paper body walk using electrical stimulation to contract the sinews in the legs. From then on, he was hooked on research.

He also looked for other work, as he was reluctant to narrow down his options. “Two years into my Master’s degree, I thought I could be anything. I called up a film production company with the idea of becoming a film director, but I was told they weren’t taking people with Master’s degrees. So I looked at overseas companies and got some job offers from several of them. When I presented my hybrid insect robot, they said it looked interesting and asked why I wasn’t going to do a PhD. I also thought about going to the United States and researching something else for my doctoral degree, but at the interview, they asked me why I wasn’t continuing with my current research.”

“This research and these ideas were certainly interesting and I was dying to keep going with them, so I made up my mind and completed my doctoral degree with three years of research under Professor Isao Shimoyama.” After that, he continued researching and developing cell fiber technology and other highly commercially viable technologies. He became a pioneer in biohybrid machines, because nobody else was doing it. He now oversees a laboratory made up of a blend of researchers from different fields and various backgrounds, including engineering, medicine, biology, chemistry and the arts.

Recently, he has sensed that various industries are beginning to notice the potential for biohybrid machines. “The Japanese mind prefers to work in harmony with nature rather than to subdue and control nature. We are good at using natural energy and producing something new through fusion. I would like to systematize this research on biohybrid machines and expand its potential under Japanese leadership.”

“The fun part of research is the joy of witnessing something that nobody else in the world has ever seen before. It is really exciting to meet with students and researchers and bring out new results and new ideas. The feeling in that moment is what drives me.” 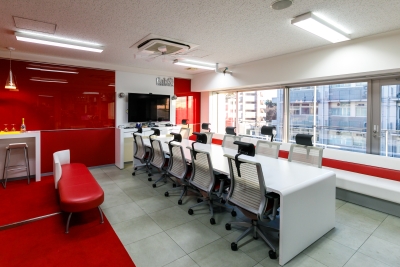 “Meeting room”
This bright, modern meeting room featuring the laboratory logo is home to lively discussions. “We wanted to create a space that made meetings enjoyable rather than monotonous.” 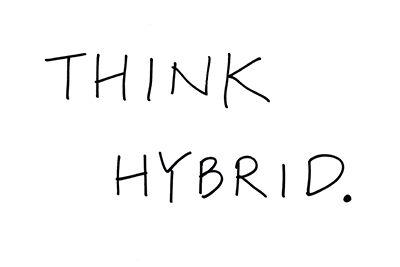 [Text: “THINK HYBRID”]
“Think hybrid. Three minds together can achieve the wisdom of the Bodhisattva. Rather than basing research on one person’s background, we can create new things by combining forces and blending together our different backgrounds.” 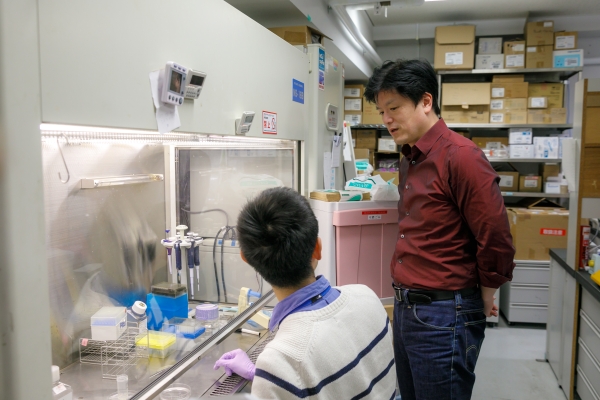 Completed doctoral degree at the University of Tokyo Graduate School of Engineering in 2000. Became a lecturer at the University of Tokyo Institute of Industrial Science in 2001, then associate professor in 2003 and professor in 2014. Other roles held during this time include visiting scholar at the Harvard University Department of Chemistry and Chemical Biology from 2004 to 2005, JST PRESTO researcher from 2005 to 2008, director of the Collaborative Research Center for Bio Nano Hybrid Process at the University of Tokyo Institute of Industrial Science from 2008 to 2017, and research director of the JST ERATO Takeuchi Biohybrid Innovation Project from 2010 to 2015. Awards include the Young Scientists’ Prize Commendation for Science and Technology by the Japanese Minister of Education, Culture, Sports, Science and Technology and the Japan Society for the Promotion of Science Prize.