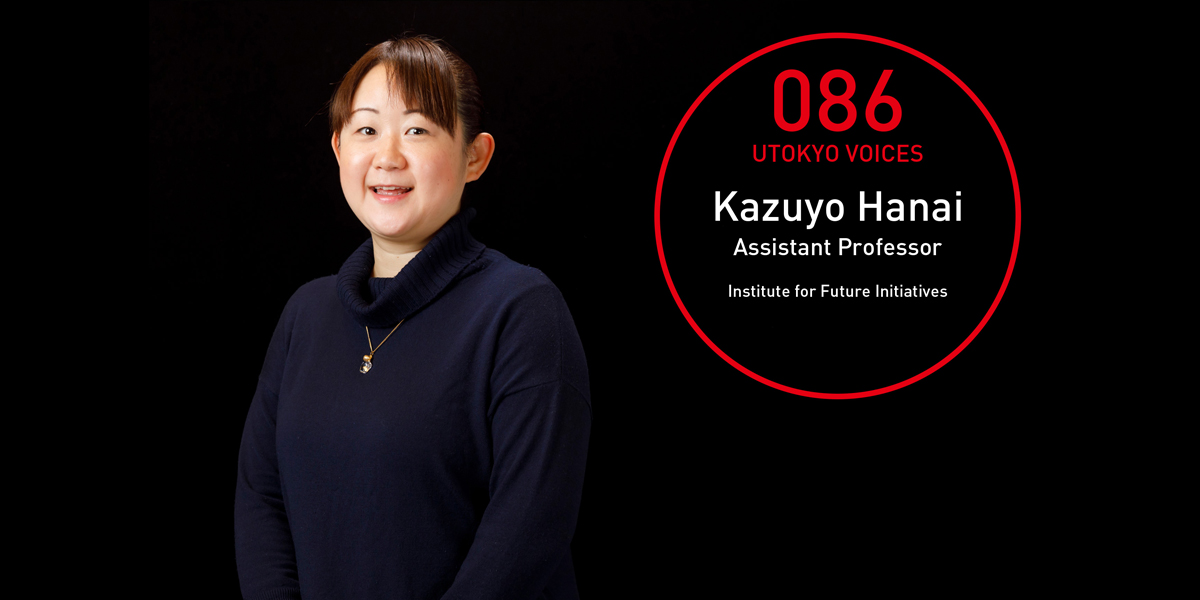 Inspired by Indiana Jones, the adventure movie archaeologist and hero, effortlessly deciphering ancient text engraved on a stone tablet, Assistant Professor Kazuyo Hanai majored in Oriental history at university. She also developed a strong interest in Middle East conflicts. After finishing her studies, she became a high school teacher and began educating her students on how conflicts around the world were connected to people in Japan.

But after several years, she says she began having doubts about what she was professing: “Although I was saying that these connections exist, had they actually been verified?”

This drove her to investigate such connections for herself, a decision that led her to enroll at the University of Tokyo’s Graduate School of Public Policy.

That was where she first encountered the issue of conflict minerals in the Democratic Republic of Congo. The country has an abundance of rare minerals, such as tantalum, an essential metal used in parts for electronic devices. However, many people in Congo are subjected to terrible violence by armed groups that aim to gain control and profit from these resources.

Systematic murder and rape destroy the bonds between communities and families. Such extreme violence seems far removed from ordinary Japanese. However, their ordinary lives may be the very cause of this violence.

In 2018, Denis Mukwege was awarded the Nobel Peace Prize for helping victims of sexual violence. Although this helped raise awareness of the issue in Japan, the prospect is unlikely that Japanese consumers, many of whom replace their smartphones as often as every 2-3 years, will give any thought to how their behavior is connected to what happens in a far-flung country in the middle of Africa.

Hanai believes we cannot simply dismiss the problem by saying, “I didn’t know.” Instead, she says we should change our lifestyles and the underlying system of society to reduce the violence in conflict areas. As one step toward achieving this goal, Hanai is working to show how the behavior of Japanese manufacturers and consumers is linked to conflict in Congo.

“What became clear through my research wasn’t merely the particular connections between Congo and Japan,” says Hanai. “The research also revealed the entire economic structure that gives rise to extreme violence and poverty suffered by people in areas rich in valuable raw materials, while the companies that design the products gain huge profits and consumers benefit from convenience and reduced costs. Although the main players and products are different, it’s the same global system of exploitation that has existed over the last 200-300 years.”

Hanai’s research serves to render both the micro-level connections and their underlying macro structures, much like basic research in medicine, which seeks to determine the fundamental cause of disease.

“Aid organizations go to these areas doing their utmost to help people and stop the conflicts and violence,” she says. “I have great respect for all the practitioners who go to conflict areas, build up trust with the local people and strive to help those who are suffering. I sometimes feel frustrated that I’m not contributing to improving the situation on the ground.”

However, she adds: “If our understanding of the current state or cause is incorrect, then we run the risk that the way we handle or resolve the situation will be inappropriate. That’s why we must ensure that we piece together an accurate understanding. I see that as my job.”

Hanai lays the groundwork with knowledge that serves as a basis for understanding. So that those trying to help people on the ground can determine the best course of action, she hopes that people in Japan realize that their everyday lives are inextricably linked to human life in Congo. 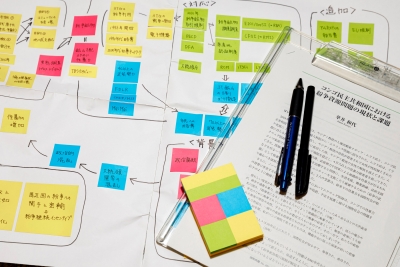 Structure Notes
Hanai creates these diagrams when planning the structure of research papers and lectures. She writes keywords on sticky notes, grouping together related concepts or rearranging the notes to frame her arguments, through trial and error. “I always do this before writing a paper or planning a lecture,” she says. 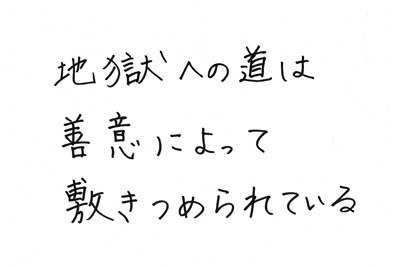 [Text: Jigoku e no michi wa zen’i ni yotte shikitsumerareteiru (“The road to hell is paved with good intentions.”)]
“Good intentions don’t necessarily lead to good results. This saying warns that when people are acting in good faith, they lose sight of whether what they’re doing is right or wrong. I remind myself of it all the time,” says Hanai. 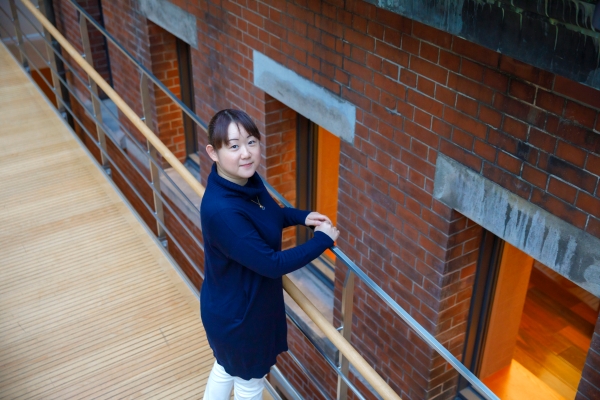 Completed master's program in education at the University of Tsukuba in 2000. After teaching at Seijo Gakuen Junior and Senior High School from 2001 to 2007, entered University of Tokyo Graduate School of Public Policy, and completed the master’s course in 2011. Completed doctoral course at the Graduate School of Frontier Sciences in 2015. After serving as a project research associate at the Graduate School of Public Policy, assumed her current position in April 2018. In addition to research, designs teaching materials for peace education and carries out educational activities, drawing on her experience teaching high school. Authored Shigen Mondai no Seigi (Resource Justice: The Democratic Republic of the Congo’s Conflict Resources and Our Responsibility as Consumers) based on her doctoral thesis.