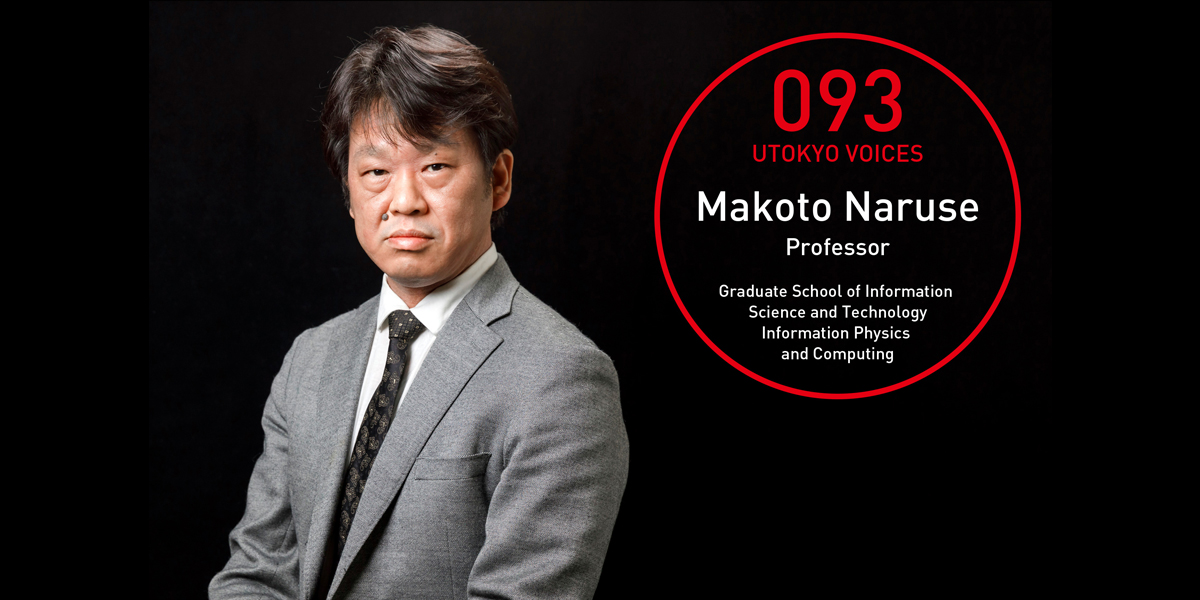 Having spent 17 years as a researcher at Japan’s National Institute of Information and Communications Technology, for Professor Makoto Naruse to end up as an information and communications specialist at this stage in his career would not have been surprising.

Instead, he chose to take a different tack and focus his research on decision–making using light particles, or photons. While we might more easily grasp using photons in communications, what might they have to do with decision-making?

Says Naruse, “I came to where I am now while conducting various research into direct applications of light as a ‘material,’ rather than simply using it as a ‘tool’ for carrying information or for viewing objects.”

He explains that with proper application of the properties of light, we can achieve at very high speeds what conventional computers cannot: that is, select the best option from a vast array of choices through a trial-and-error process under complex, ever-changing conditions.

It is extremely difficult for conventional computers — like those currently used in self-driving vehicles, artificial intelligence, 5G mobile networks, drones or robots — to respond to the uncertainties of the real world instantly and without using a lot of energy, and the world awaits the arrival of a new kind of computer.

To apply the distinct properties of light to this difficult problem, Naruse makes full use of the quantum character of photons and the science of chaos, said to be on the cutting edge of physics. Naruse’s research is therefore a hybrid of information science, physics and computer science.

“I struggled to decide on my specialization for both my undergraduate and graduate studies (at UTokyo),” says Naruse. “I liked physics, but I also knew that information science would become important in the future. In the end, I decided to enter the applied physics department, where I could choose either, and moved on to the systems course in the Department of Mathematical Engineering and Information Physics.”

Naruse’s eclectic approach to research may be rooted in his interdisciplinary background. At graduate school, he came across a field of research in which light is used for intelligent processing and, after landing a job at a research institute for information and communications technology, he encountered a property called near-field light, which contrasted sharply with properties of light used up to that point.

Through his research in near-field optics, Naruse created a hologram that displays a pattern when seen from afar, but shows different information when viewed up close. It gained a lot of attention, not only in scientific circles but also from the media, as technology to prevent the counterfeiting of money. Naruse’s research on single-photon-based decision-making was rated highly by Google, which invited him to a gathering of scientific innovators from around the globe.

“When I look back on my research journey until now, I switched the methods and tools I have used, such as near-field light, single photons and laser chaos, in a rather haphazard way,” reflects Naruse. “I recently came to realize that my research in fact cuts across information science, physics and computer science, intertwining the three fields.”

And with this, Naruse reveals his departmental affiliation in English on his business card, which reads: Information Physics and Computing.

“There is the style of research in which researchers decide on their focus by saying, ‘This is it!’ and then aim to reach the top in that area in the world,” says Naruse. “But in my case, I start by thinking, ‘This could be interesting.’ I’m attracted to research that leads to the creation of new disciplines.”

For Naruse, a researcher’s mission is to show people the possibilities of new research and its applications. Hidden in light are possibilities still waiting to be discovered, with some discoveries likely to be made by researchers such as Naruse who intertwine multiple disciplines. 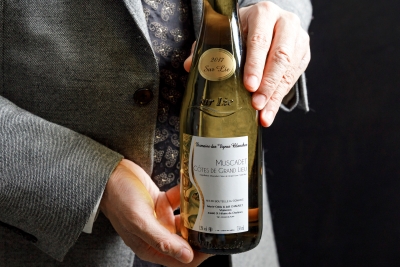 Bottle of wine
“Nicolas’ parents ran a winery in France,” says Naruse, referring to the family of Project Researcher Nicolas Chauvet, a lab member from France. “But they retired, and this wine is from their final year. It’s a commemorative bottle of wine, so I will cherish each drop.” 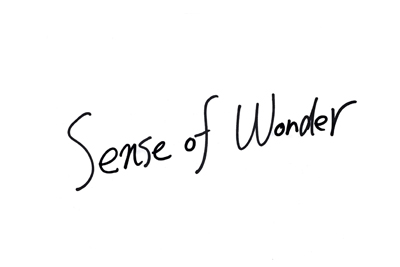 “Sense of Wonder”
“The important thing in research is to have a sense of wonder and surprise. You have to think, ‘I’m not sure, but there might be something worth looking at there,’” says Naruse. “This is not simply about individual qualities or being sensitive and having emotional depth; rather, it is essential to have an environment with room to accept and a base to cultivate such feelings.” 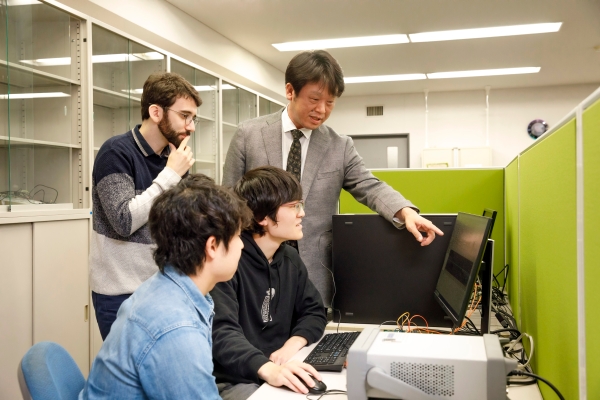 Completed doctoral course in the Department of Mathematical Engineering and Information Physics, Graduate School of Engineering, the University of Tokyo, then worked as a research associate in the department before joining the National Institute of Information and Communications Technology in 2002. Served as professeur invité at Université Grenoble Alpes in France in 2017, has been project leader of the Japan Science and Technology Agency’s Strategic Basic Research Programs, Core Research for Evolutional Science and Technology Program (CREST) since 2017 and assumed current position in 2019. Conducting research on photon-based decision-making (AI photonics) and natural intelligence through mathematical approaches such as category theory. Involved in many joint research projects with overseas collaborators, including in France and elsewhere.