How does a sperm meet an egg? Studying common biological phenomena through ascidians in Misaki

The Misaki Marine Biological Station faces the sea off the coast of Misaki, an area blessed with a diversity of marine species. Researchers here are working to understand individual living creatures and elucidate common biological phenomena. Professor Yoshida works to uncover the science behind why each species is unique by looking at ascidians (sea squirts), animals widely valued as model organisms. Here, he shares with us some of the lessons he has learned from the sea. 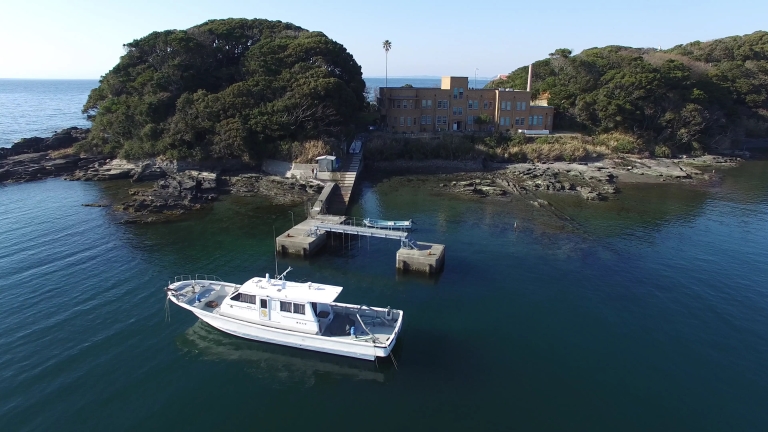 The Memorial Building, which used to be the main building of the Station, and a ship named the Rinkai-maru

What kind of research do you think is being carried out at the Misaki Marine Biological Station? Fish breeding technologies? The ecosystems of marine animals? The Station is indeed conducting studies on such topics, but they are not our main area of research. Then, what exactly is our core research area? Let us begin to answer this question by looking at the Station's history. 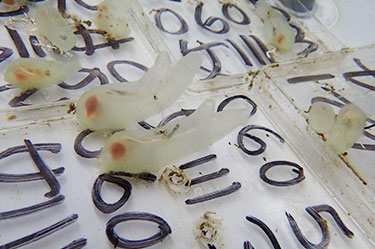 The Misaki Marine Biological Station of the School of Science was established in 1886, just ten years after the founding of the University of Tokyo. The Station was established in Miura Misaki and faces Sagami Bay, a world-class location in terms of the number and the diversity of animal species. At that time, when taxonomy was the dominating area of biology, a diverse array of marine organisms was being observed at the Station to build up a classification system for the organisms and to understand the evolutionary development of animals. The focus of research conducted at the Station then shifted from taxonomy to embryology, physiology, and molecular biology, but researchers have been consistently working to elucidate the evolution and diversification of the entire animal kingdom based on the understanding of a range of individual marine organisms. In other words, marine organisms are simply the tools we use to achieve our goal of understanding common biological phenomena.

In most animals, sperm are guided toward the eggs for fertilization by a process called “sperm chemotaxis.” With marine invertebrates, in particular, each species exhibits a species-specific form of sperm chemotaxis to get sperm and eggs of the same species to meet each other at a higher rate. We are conducting research into chemotaxis by observing ascidians, and by comparing the molecular mechanisms of sperm chemotaxis between related species, we are clarifying the mechanism that gives individual species their unique qualities. In the future, I hope to clarify the speciation process as part of the evolutionary process. Ascidians are both invertebrates and chordates, and thus are important in the understanding of the evolution of vertebrates. Moreover, ascidians have a short reproductive cycle and their larvae are made up of a smaller number of cells, so they are replacing sea urchins as a model species for embryological research. In particular, the ascidian species Ciona intestinalis is becoming a model organism among marine animals, as it has an extremely small genome (about one-twentieth the size of the human genome), and the entire set of its genes was deciphered ahead of other marine invertebrates in 2002. One of the important duties of the Station is to supply marine animals as material for experiments. Along with the University of Tsukuba and Kyoto University, we receive support from the Ministry of Education, Culture, Sports, Science and Technology under the National Bio Resource Project, through which we cultivate Ciona intestinalis to supply to researchers across Japan. 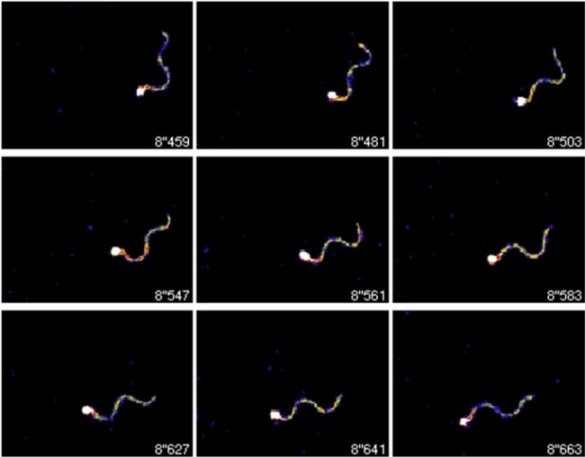 The Station is an important base for research into marine organisms, so in addition to supplying materials for experiments, it is used as a joint facility for many external researchers. Moreover, being an educational facility, we welcome a number of university and high school students to observe a range of marine organisms for their studies on living systematic taxonomy. With research and educational visits combined, we have over 20,000 visitors per year. We also cooperate with Miura City to conduct outreach activities such as nature observation seminars for the public, and the pearl cultivation project for elementary school students.

Guided by the motto “Learning about life from the sea,” we at the Misaki Marine Biological Station will continue to foster an environment for research and education on a diverse range of marine animals.