Sweeping the Sky Astronomical Weapon: the Darkness in the Kiso Mountains

The University of Tokyo has an astronomical observatory in the mountainous Kiso area of Nagano Prefecture, where astronomers have long taken advantage of the darkness of the night sky and the clean air. This observatory, with a history going back over 40 years, is now headed by Professor Kobayashi. He shares with us a glimpse of activities at the observatory along with some photographs taken there. 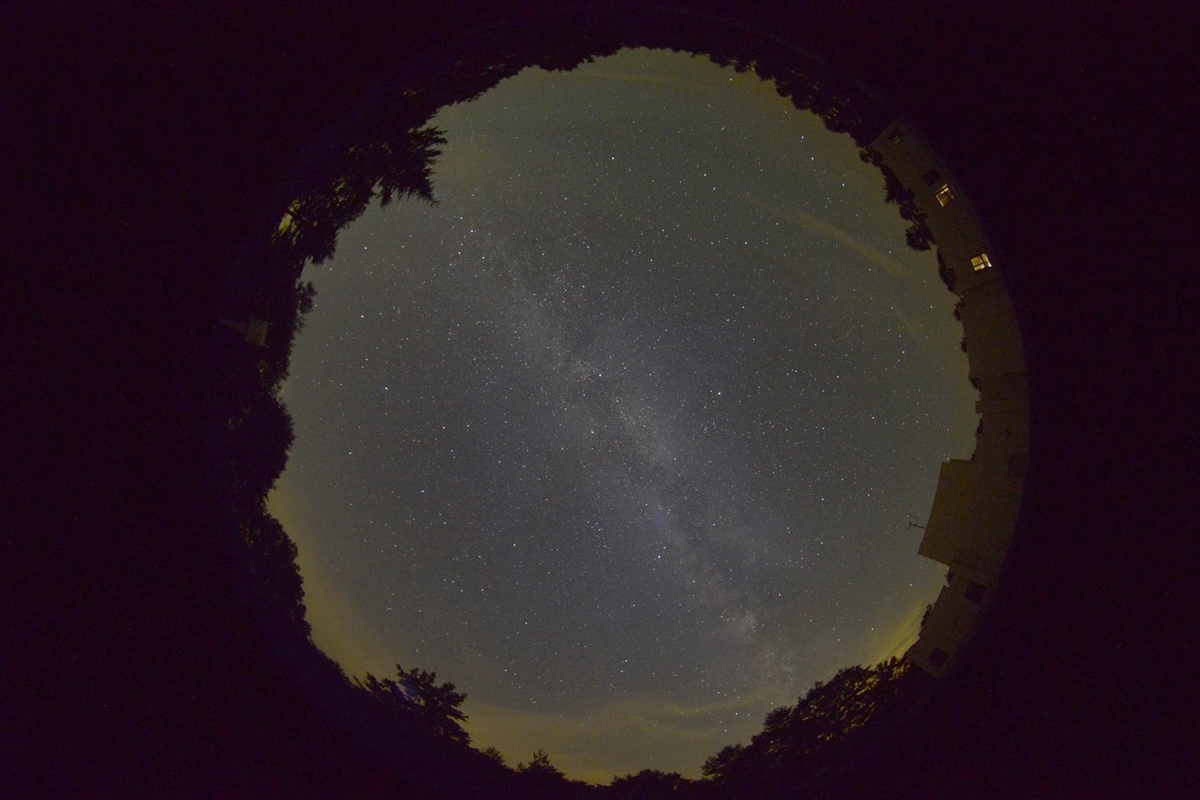 Starry summer sky, observed in its entirety through a fisheye lens on the rooftop of the Kiso Observatory’s main building. You can see the Milky Way in the center of the sky. This sight has been a life-changing event for many people. The upper right shows the central direction of the galaxy.

The Kiso Observatory, where we base our research, is the only astronomical observatory owned by the University of Tokyo within Japan. Over 40 years have passed since the observatory opened in 1974, but it is still in active operation. In astronomy, there is nothing as important as the darkness of the sky. Nagano Prefecture has the highest average altitude in Japan, and the dark sky and clean air where the observatory is located, in Nagano's Kiso Mountains between the Central Alps and Northern Alps, provide optimal conditions for astronomical observation. 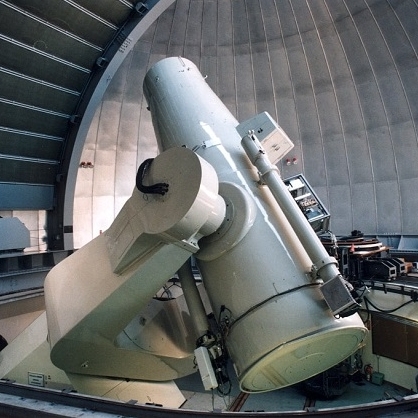 Schmidt telescope with a diameter of 1.05m used at the Kiso Observatory—it features the biggest camera made by Nikon.

We mainly use a Schmidt telescope at the observatory. This telescope has an enormous lens with a diameter of 1.05m and a reflection mirror as large as 1.5m, providing a very wide field of view (equivalent to 18 full moons in diameter) as its main feature. There are only four professional-use Schmidt telescopes being utilized at the forefront of research in the world: the one here in Japan, and three others in the United States, Australia and Europe. It is therefore extremely valuable.

The Schmidt telescope has an expansive field of view that is 10 to 1,000 times wider when compared to large telescopes that provide only a narrow field of view, so it is particularly suitable for astronomical surveys conducted in the search for new celestial objects. The Kiso Observatory is easily accessible from Tokyo, and has therefore been used by the University in the development of a variety of leading-edge astronomical observation devices, ranging from old analog photographic plates to, most recently, digital cameras. 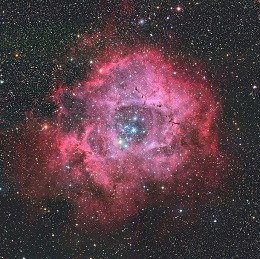 Photo of the Rosette Nebula taken by the “KWFC” CCD camera presently in operation (Angle of view: Two degrees)

We are currently developing the Tomo-e Gozen, a camera that provides an extremely wide field of view thanks to its 84 Canon-made high-sensitivity digital camera sensors (CMOS sensors), which are laid out both vertically and horizontally. The camera is named after a legendary female warrior from Kiso who bravely fought in the Genpei War and enjoyed a very long life. The Tomo-e Gozen will be completed next year as the world’s first full-scale astronomical camera equipped with CMOS sensors. 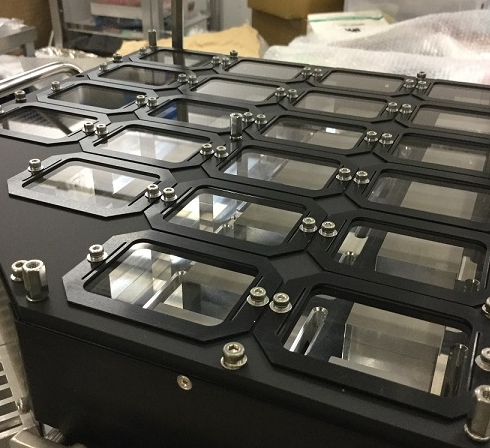 Testers for the Tomo-e Gozen camera (1/4 of the whole), equipped with CMOS sensors behind each of the glass windows

By using the Tomo-e Gozen with its super-wide field of view, we plan to find a great number of supernovae and other transient astronomical events. It will be able to complete a survey of the entire sky (hemisphere) within a matter of hours, making new discoveries as though it is “sweeping the sky.” In particular, our greatest aim with this telescope is to find astronomical objects emitting gravitational waves—ripples in the fabric of space-time—by visible light. Einstein made a prediction about these waves on the basis of his general theory of relativity. At the Kamioka Observatory, Institute for Cosmic Ray Research, the construction of KAGRA, the large-scale cryogenic gravitational wave telescope, is taking place. The Kiso Observatory’s Tomo-e will be able to instantly detect astronomical objects emitting gravitational waves in the wide area of cosmic space where researchers across the world have detected gravitational waves by using telescopes like KAGRA.

In this way, the Kiso Observatory has long been used as a place for the University to conduct advanced research, and will continue to be used for that purpose long into the future. Astronomy is a long-term field, so with careful usage of facilities with “sharp” equipment like the Schmidt telescope, we can find new astronomical objects in the natural course of our research activities. 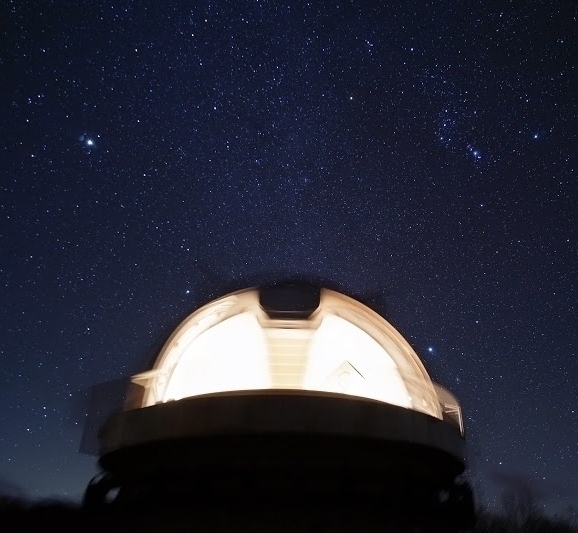 The Milky Way and the dome of the Kiso Observatory, where astronomical observation is ongoing…

In Kiso, I am surrounded by blue skies, beautiful mountain streams, fresh greenery, autumn colors and white snowy mountains. Perhaps because of this natural splendor, I feel as though I have a direct connection with the earth here more than I do in Tokyo. Also, there are more opportunities to interact with people in Kiso, including through camping-style outreach activities for local high school students, lectures, on-site classes, guided tours, as well as special exhibitions at the facility. In this manner, I strongly believe that regional facilities like Kiso Observatory are playing integral roles as “points of contact” between the University of Tokyo and the outside world.


Note: This article was originally printed in Tansei 35 (Japanese language only). All information in this article is as of September 2017.